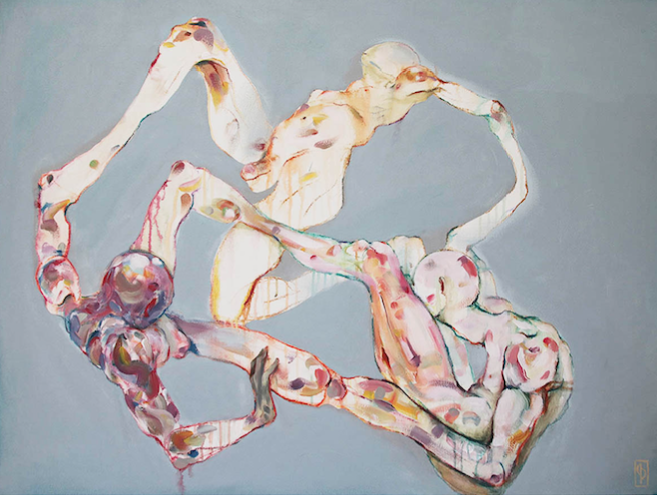 Berlin artist, Philipp Pieroth investigates spatial relations between individuals and human interactivity as a means to interrogate the alienating context of a capitalist and technologically-based society.  As a result of frequent traveling between South Africa and Europe, his work is informed by immersing himself in spaces that provide interaction and conversation with others in efforts to redefine and re-establish a consciousness around human connection.

With Dasein at the core of his artistic practice, a concept that interrogates the space between the ‘self’ and the ‘other’, Philipp Pieroth creates a body of painting that investigates the physical and metaphysical relationships embedded within the subjects he portrays. Extensive, translucent layers of paint allow for a physical and visual transformation to take place, exposing and concealing line, form and colour that create new relationships evident in traces of time and the utilization of space or urban landscape. The figures bleed, intertwine and mold into one another to visually express the need for intuitive and physical interaction. 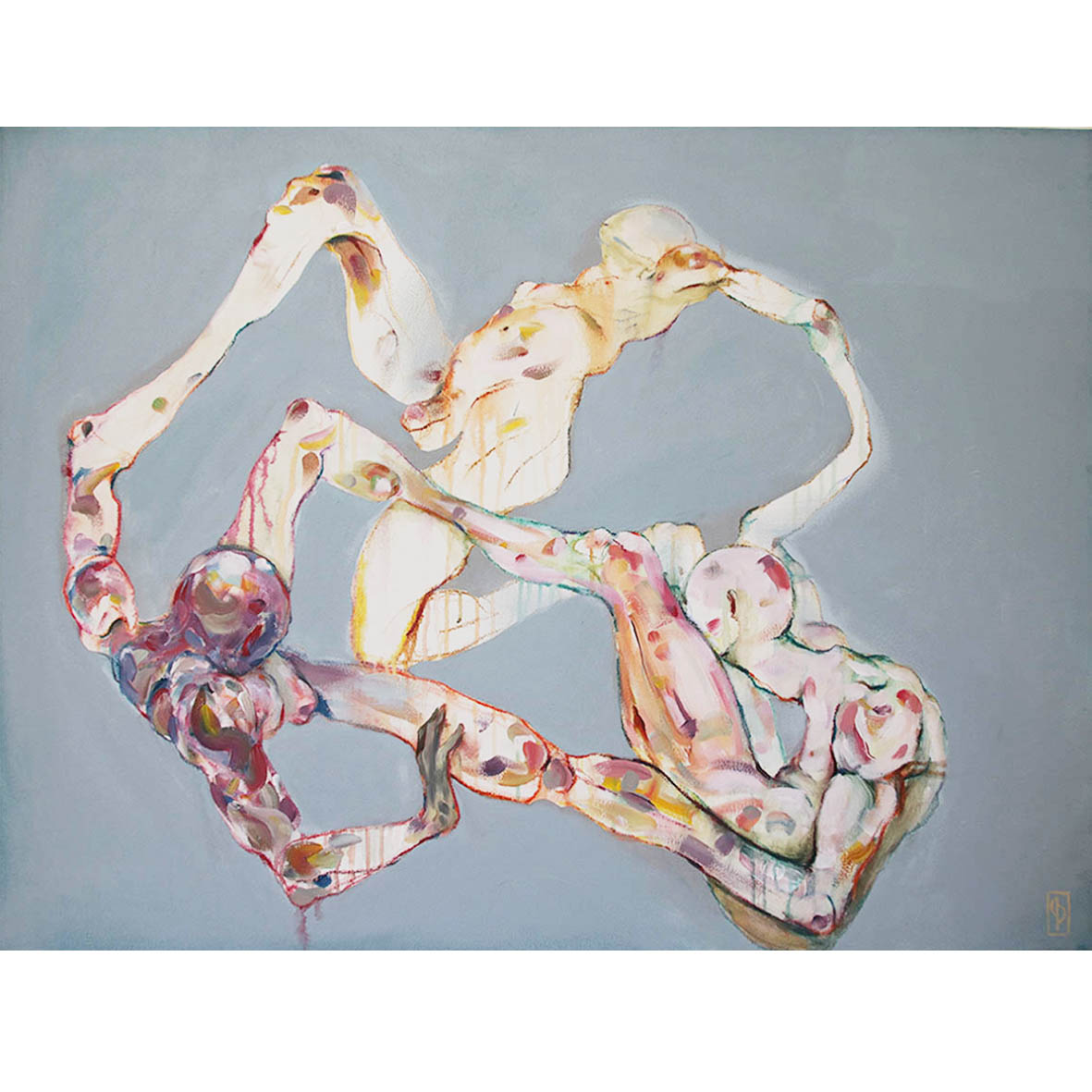 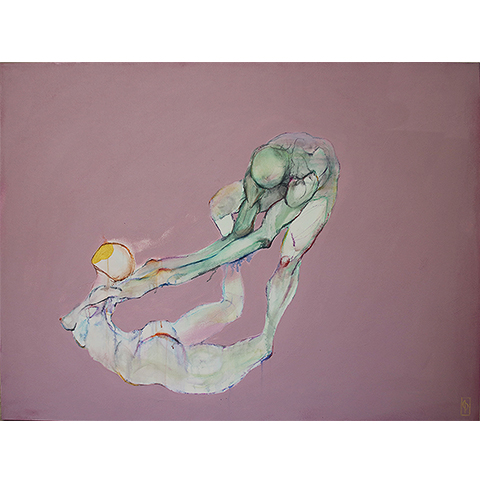 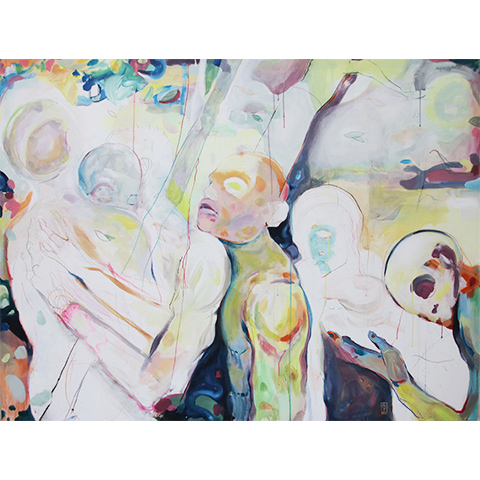 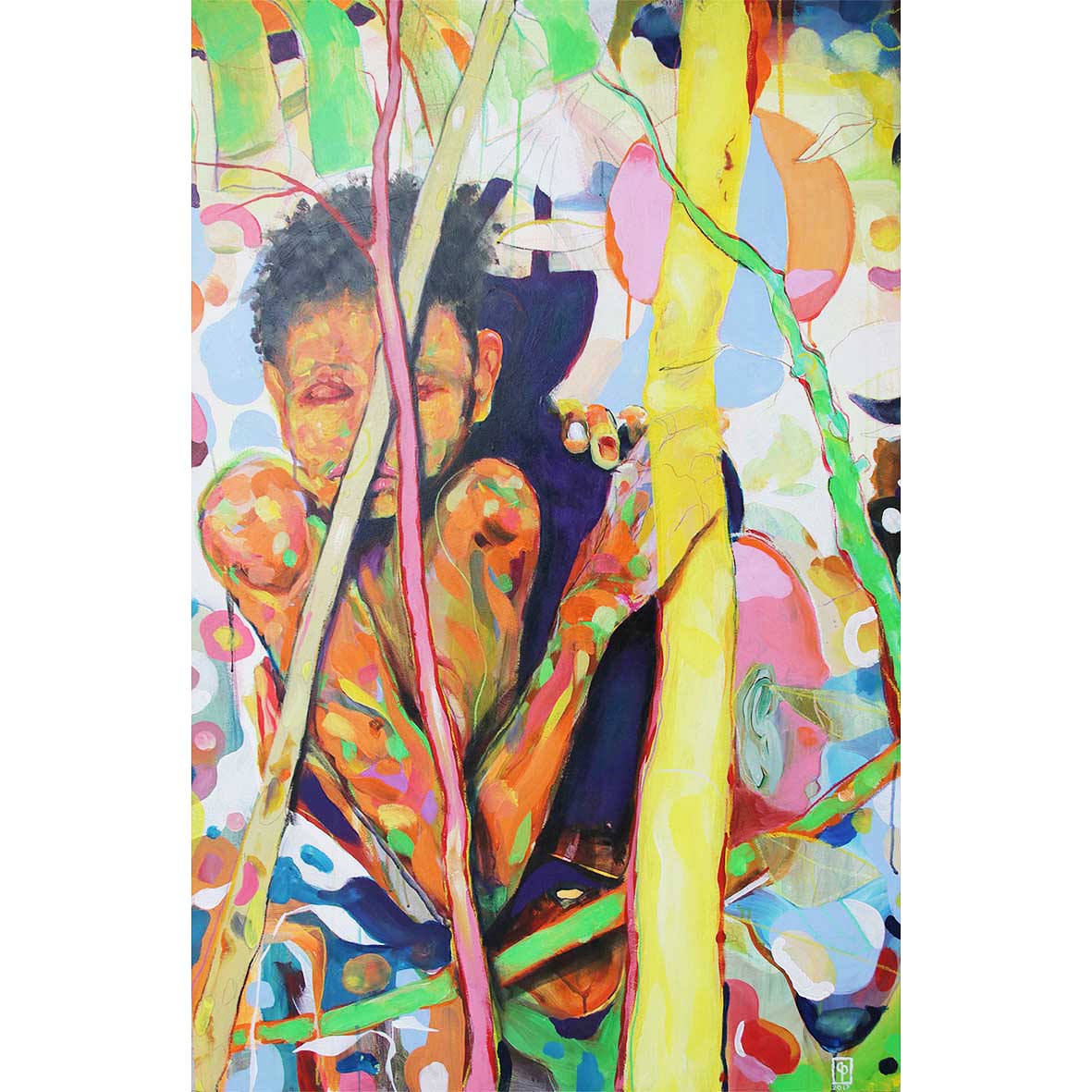 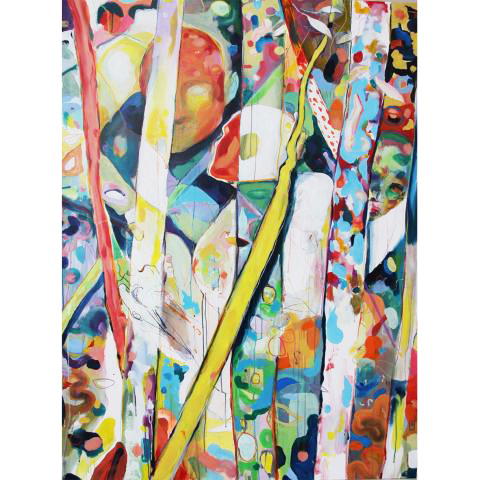