Skip to content
Previous Next
Before Tomorrow Comes | Onyis Martin

Borders are critical and complex entities, concepts and constructs. Many artists have engaged with notions of permeability, transience and constraints in relation to borders but few have dealt with the impressions of borders and their bureaucratic ephemera as tangibly as Onyis Martin. Before Tomorrow Comes is a presentation of his latest body of work, as a solo exhibition at a Eclectica a Contemporary. The works are reminiscent of wheat-pasted advertisements, posters on walls, backdrops to busy intersections – the traces left behind of information that is posted, pasted, changed and updated.

Travel has become a prominent aspect of contemporary discourse, as the ease of technology and transport has become more established. It has been, and often still is, used as a measure of societal development and progress. How we access spaces and knowledge is mediated by the traveling of information and data in ways that were previously incomprehensible. Concurrently, borders and the limits and definitions they create have played a roll in establishing restrictions, assumptions and biases amongst people, about places, societies and behaviours. Recently xenophobia reared it’s head once more in South Africa, a low threatening growl that never dissipated exploded into yet another roar. Borders on the continent of Africa are tenuous and contentious; the scrawled lines still hold the trauma of their making and the circumstances that result in their need to remain porous remain the echoes of unresolved and irreconcilable histories.

For a long time the topic of migration, travel and identity have been wound up in the practice of Onyis Martin. His careful constructions that pair documents with figures and cartography within printmaking demonstrates an awareness and a focusing toward social issues that impact the individual within the broader context of societal complexity. By describing his depictions through the motif of the singular figure, Martin calls into question the relationship between the solitary figure as subject, with the potential to be victim, actor, witness or instigator.

Inscribed in his work is an embedding of ideas through impressions. Using the technique of embossing into the paper he additionally prints onto, Martin layers his work with tactility and content – expressing the weight of his topics and the delicacy with which he approaches them through further exploration and consideration with inks. Recently, his work has become denser and more layered, moving away from the monotone silhouettes of ink on embossed paper and towards an impasto or decollage working of papers and paints. The conversation instigated by Martin through his work draws attention to the impressions left behind about news and banal events, transactional updates or advertisements and reflects on the forms of visual currency and communication that are part of the constantly shifting urban landscape. Embedded in the work is the repetition of key words, reminding the viewer that what may be disregarded and considered unremarkable is shown as a poignant found commentary, like found objects that reveal a profoundness in what would otherwise be missed. Words like “rent”, “help” “not for sale” speak to the socio-economic layerings that underpin both the exhibition and the visual stimuli that can be encountered at transportation sites and points of traversing different kinds of borders.

The title of the exhibition is lyrical but also somber by reminding us the pace of time and the urgency of how things shift, are replaced, pasted over, changed and left behind. The work speaks to a kind of visual vocabulary that is accustomed to the arrival of a tomorrow but leaves its trace through torn papers, stencil outlines and the residue of activity and dirt. It asks us to remember that through removal, traces are always left and that surfaces hold onto what has past through. Borders that are set up, be they physical or financial, remain in the landscape of our consciousness with the remnants of who and what might have passed by, before tomorrow begins to arrive. 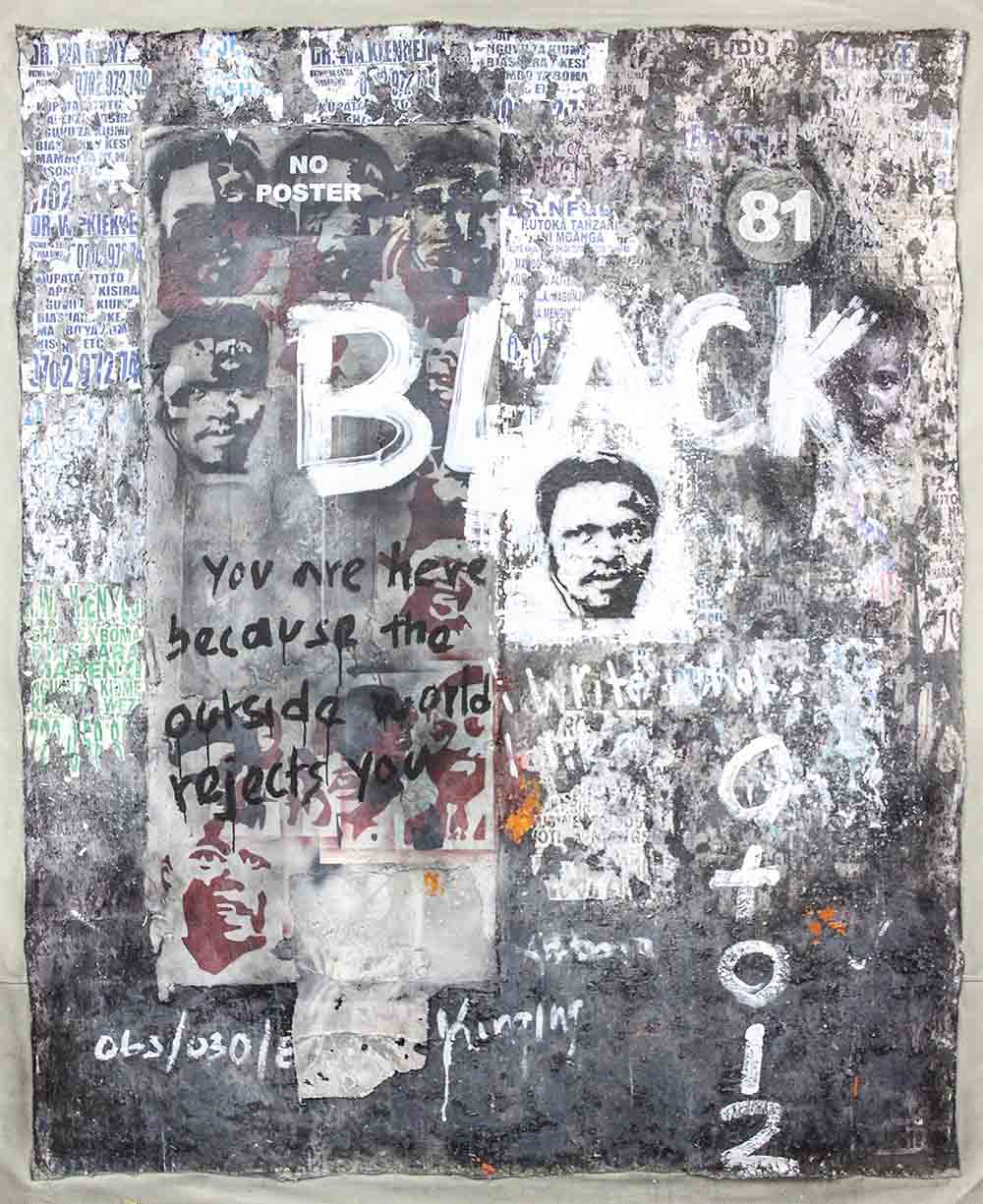 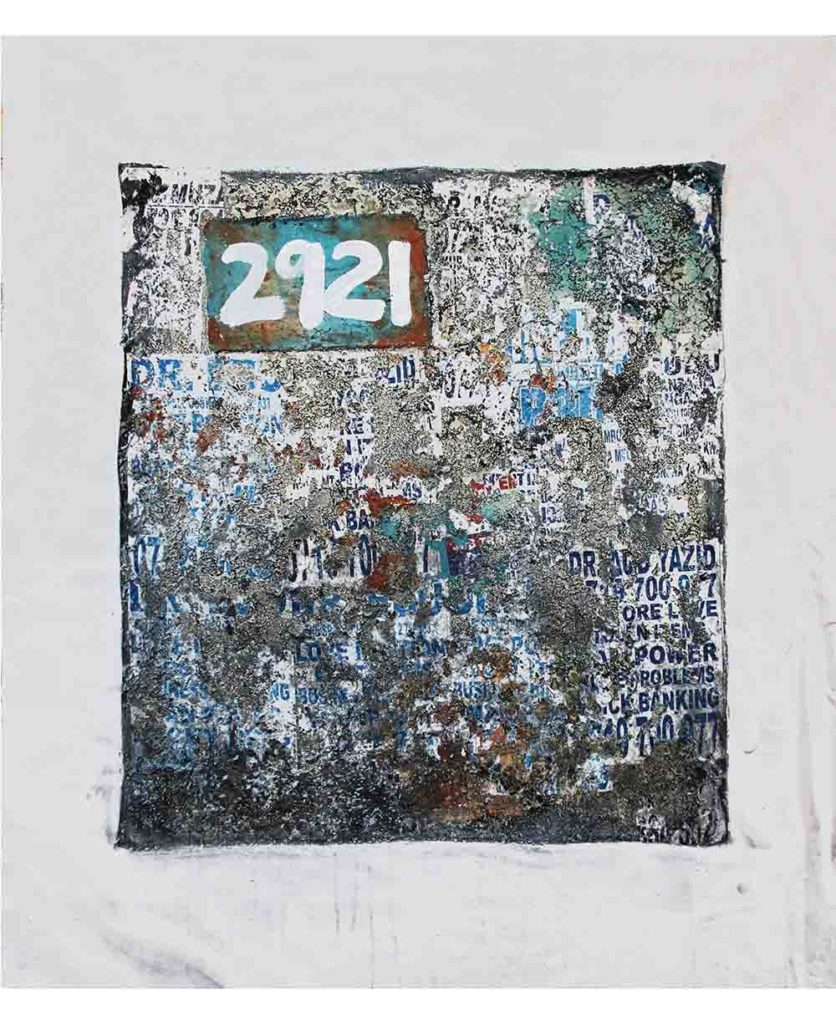 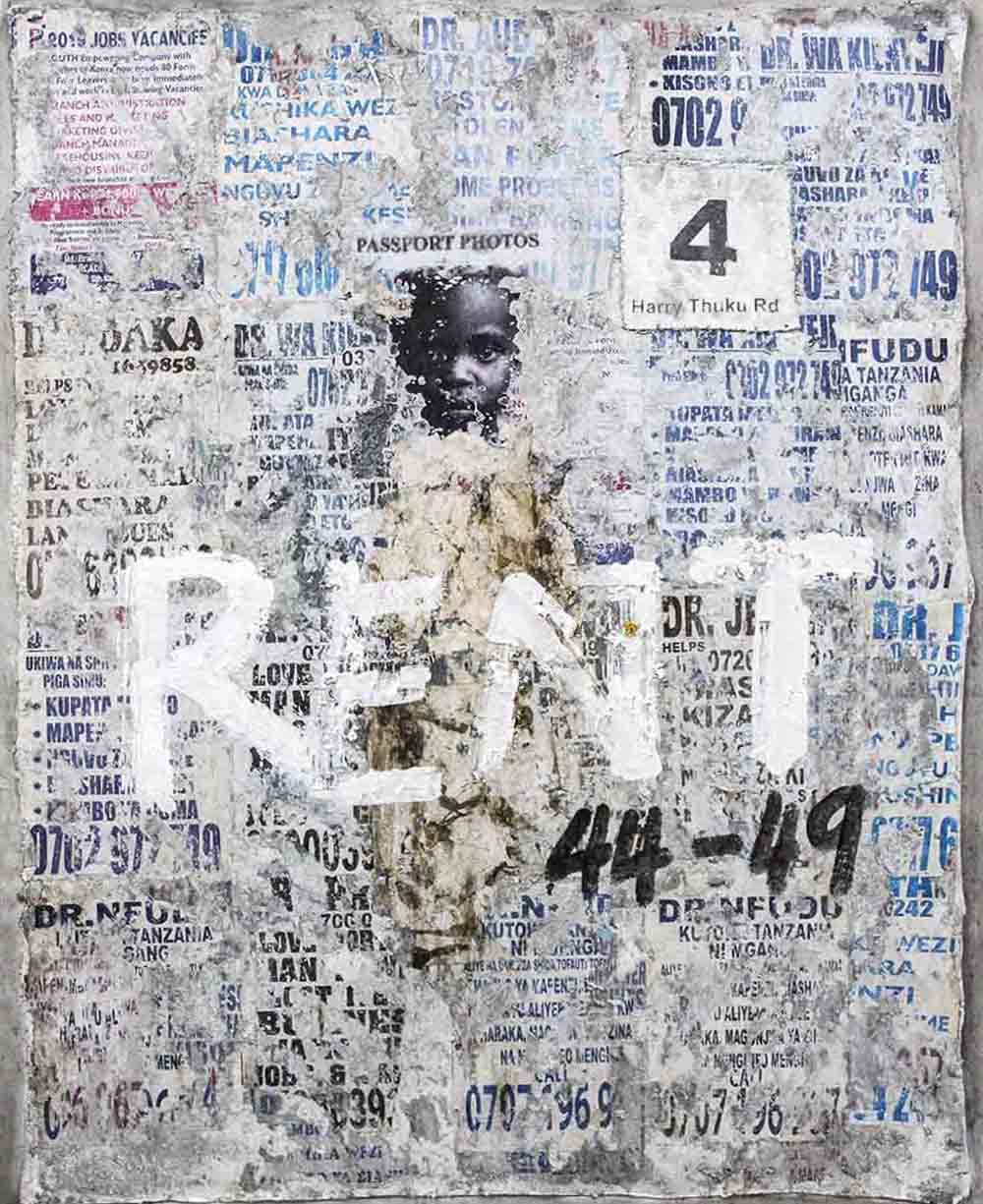 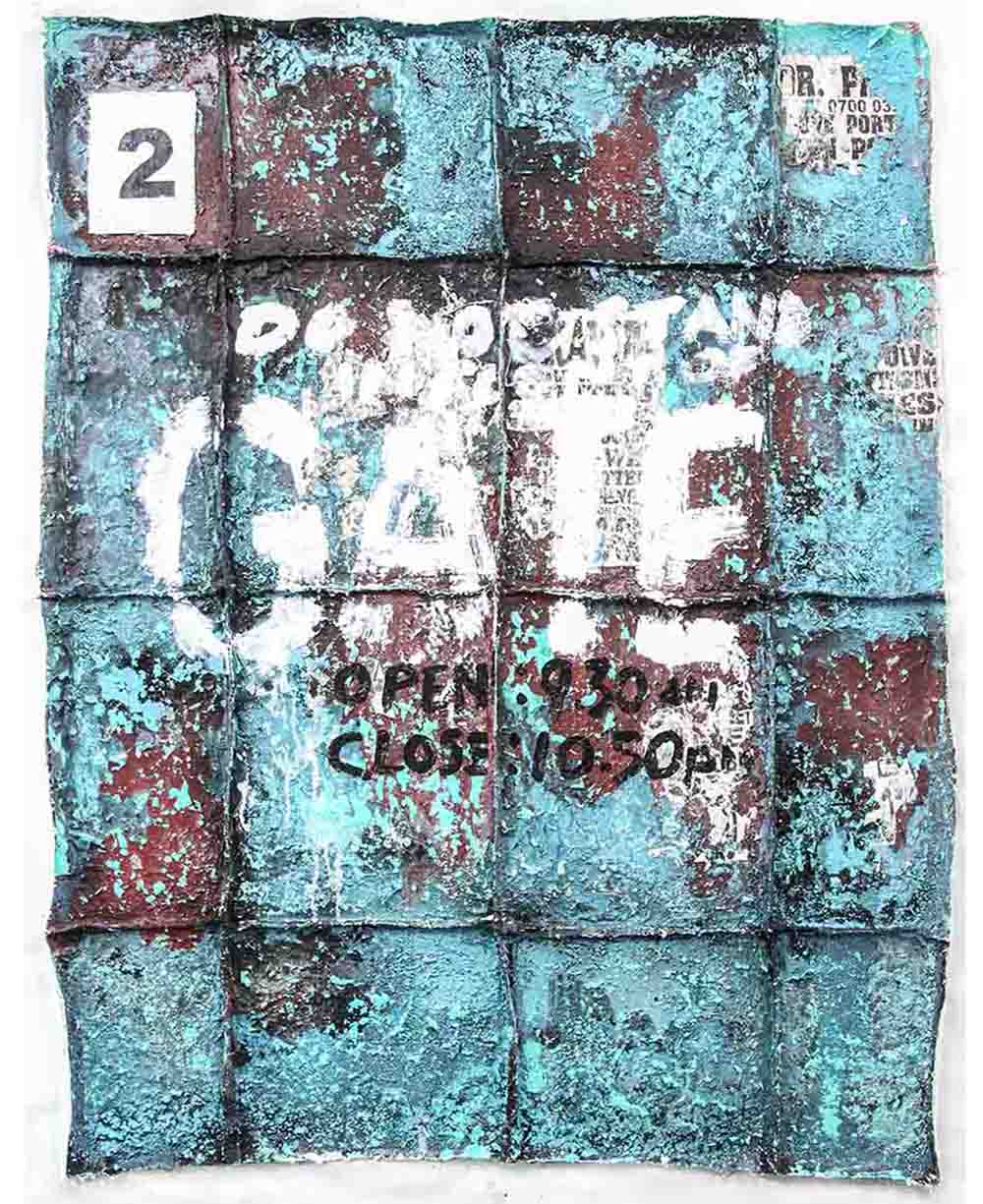 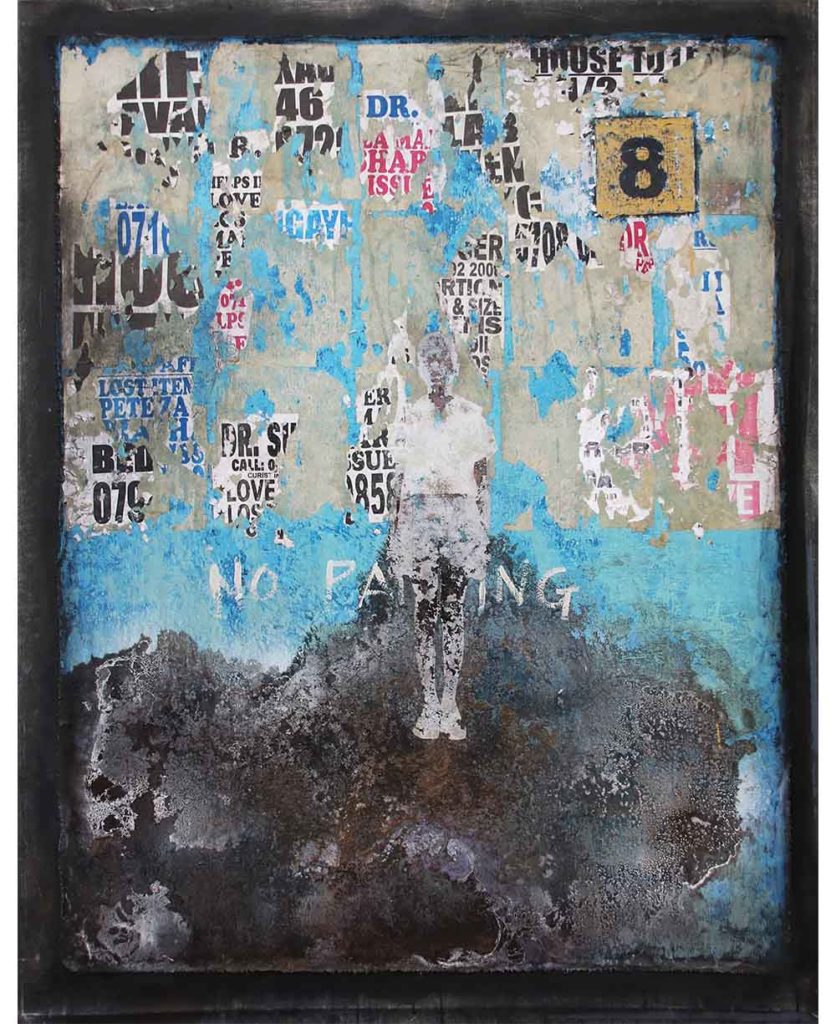 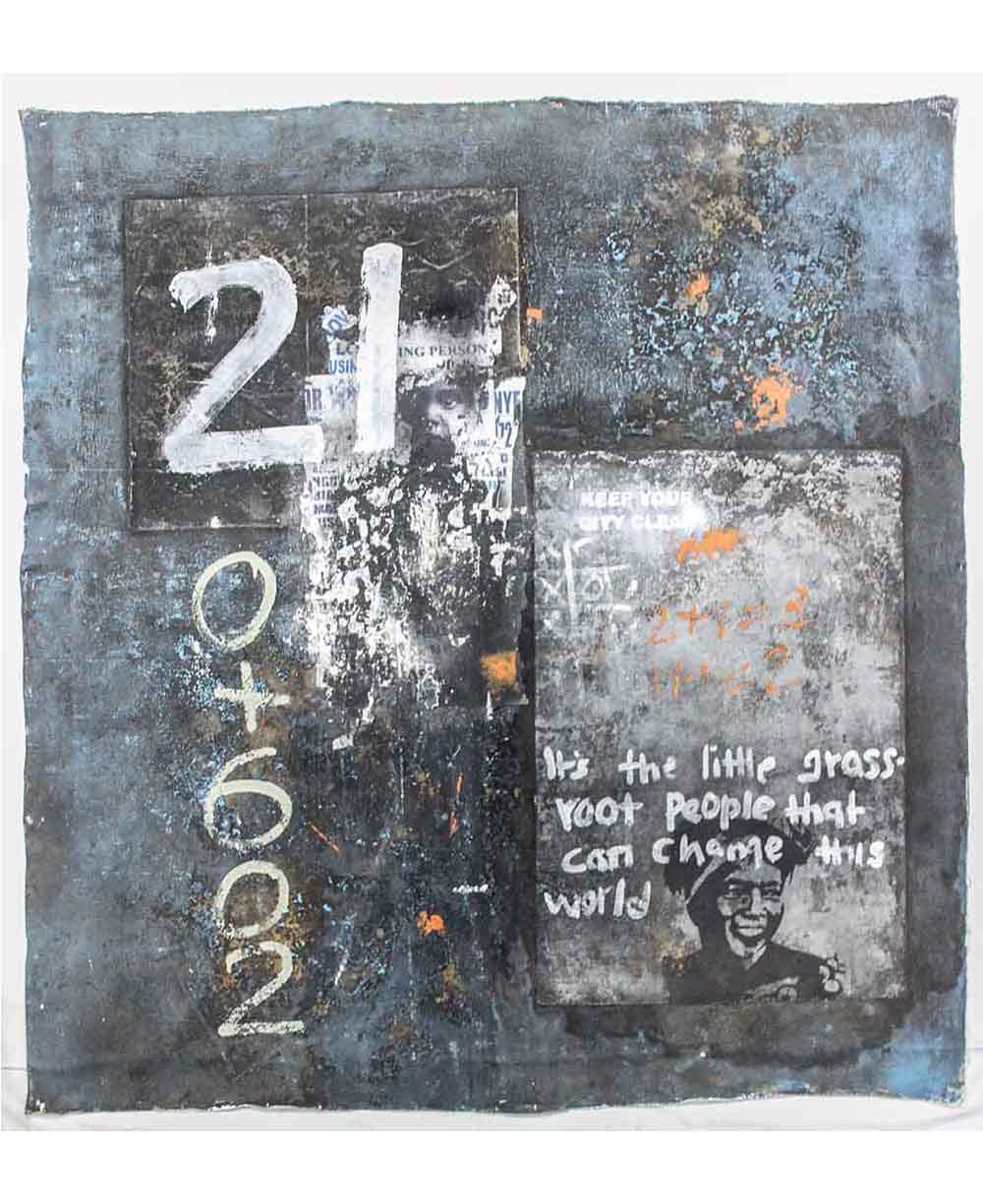 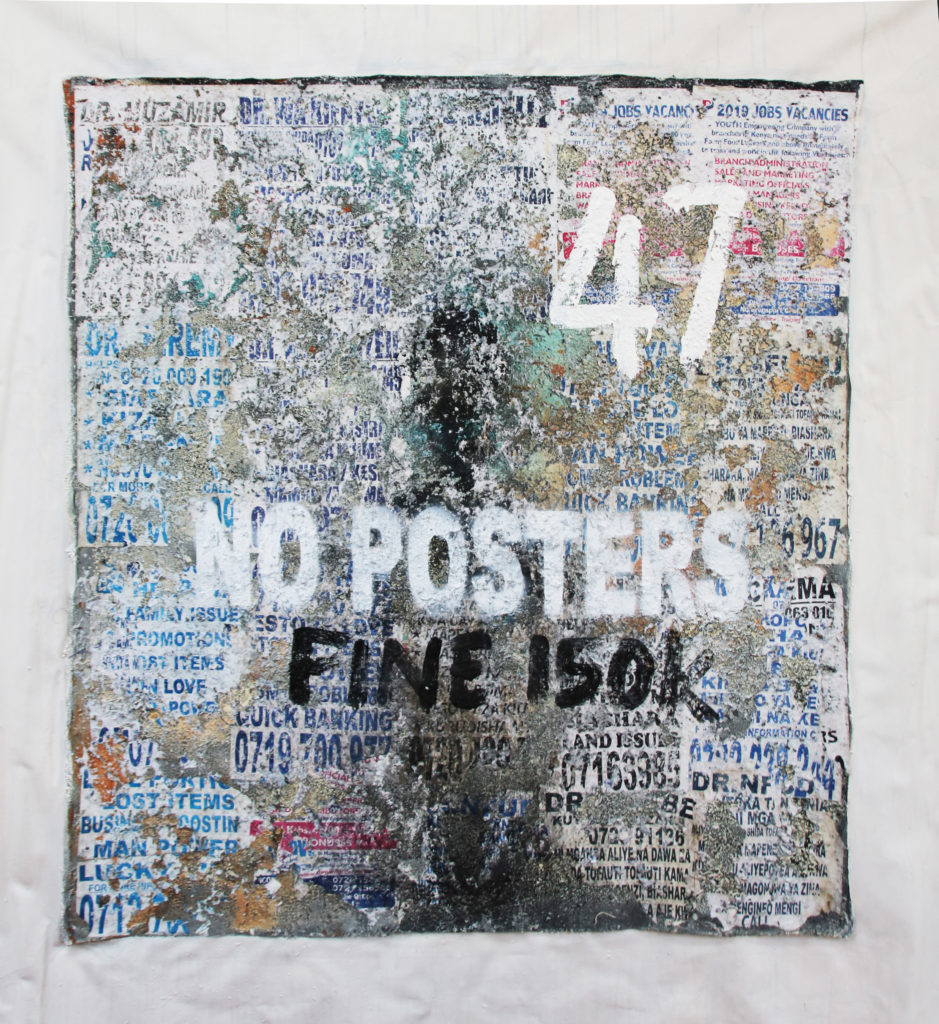