Skip to content
Previous Next
Rest – a summer show

We find ourselves in one of the most complicated times in history. The convergence and blurring of personal and private worlds alongside the intrusion or integration of professional and public lives inside our homes is situated within a desperate outside world. In order to regroup and reassess, rest is crucial. In our Summer Group Exhibition at Eclectica Contemporary, we gather artists offering rest as a radical statement, rest as refuge, rest as salve, rest as political and rest as escape. In this exhibition, the artworks presented have offered a chance for the artists’ minds to wander and explore as they have grappled with new realities during the national lockdowns, and now allow for an escape into these other worlds as we view them in the gallery space.

Anico Mostert grew up in Fish Hoek and graduated from the Michaelis School of Fine Art in 2017 with BAFA (Hons). Growing up in a family full of intuitive thinkers, creativity was always encouraged and played a big role in how she learnt to look at life and the environment around her. Her approach to making is versatile, seeing her producing across ceramics, textile design, animation and painting. Her works exude a calm quietness, illustrating unexpected details and unassuming scenarios that verge on the mundane but are illuminated through her attention and careful colour choices. Using reference images from social media, Mostert’s imagined and created worlds depict still lifes, interactions and scenes that feel familiar and comforting but are also somewhat inverted and distorted to feel fresh and unexpected. Mostert has been featured in various publications and online platforms. She has also exhibited in various group shows in Cape Town. 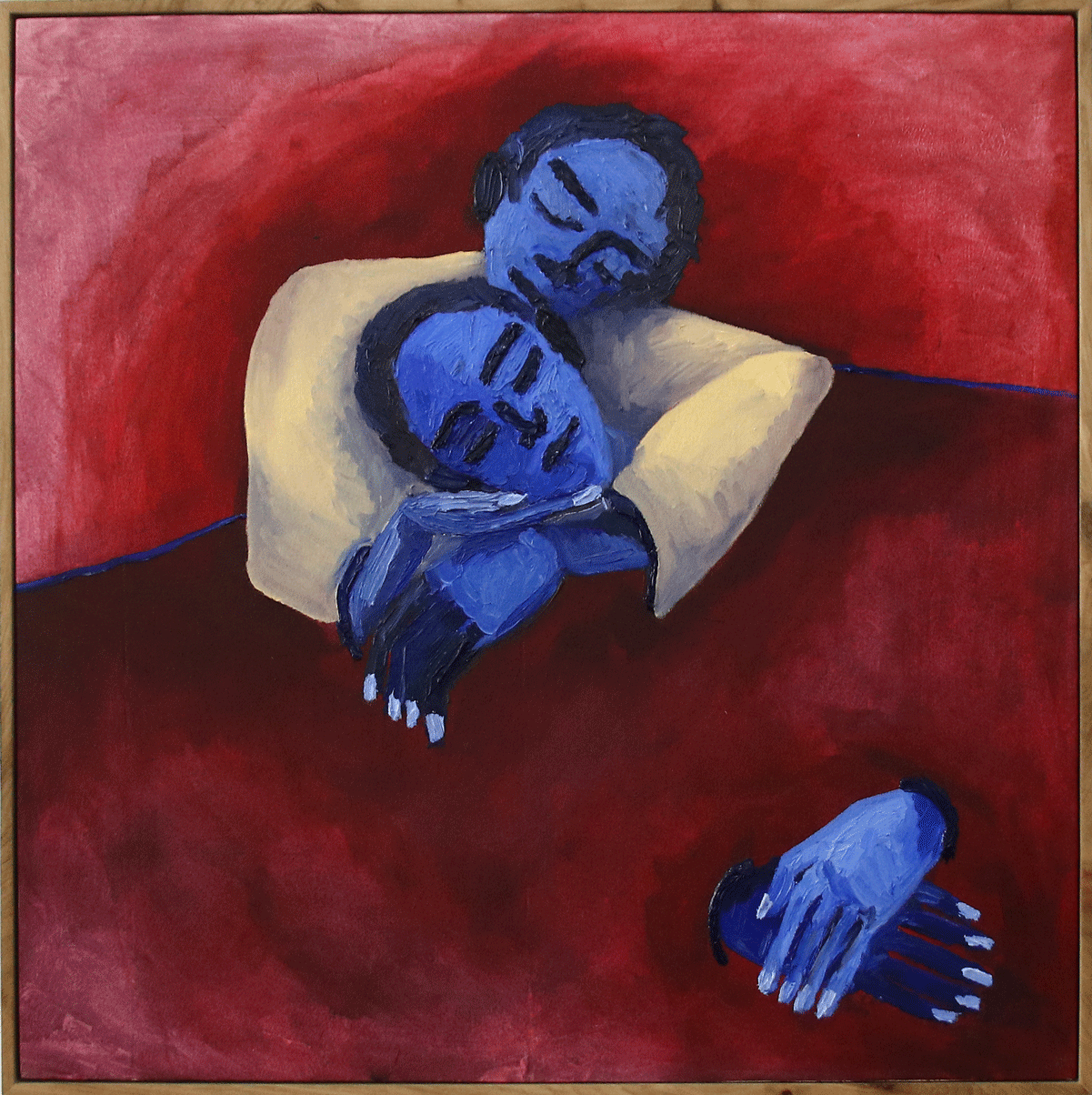 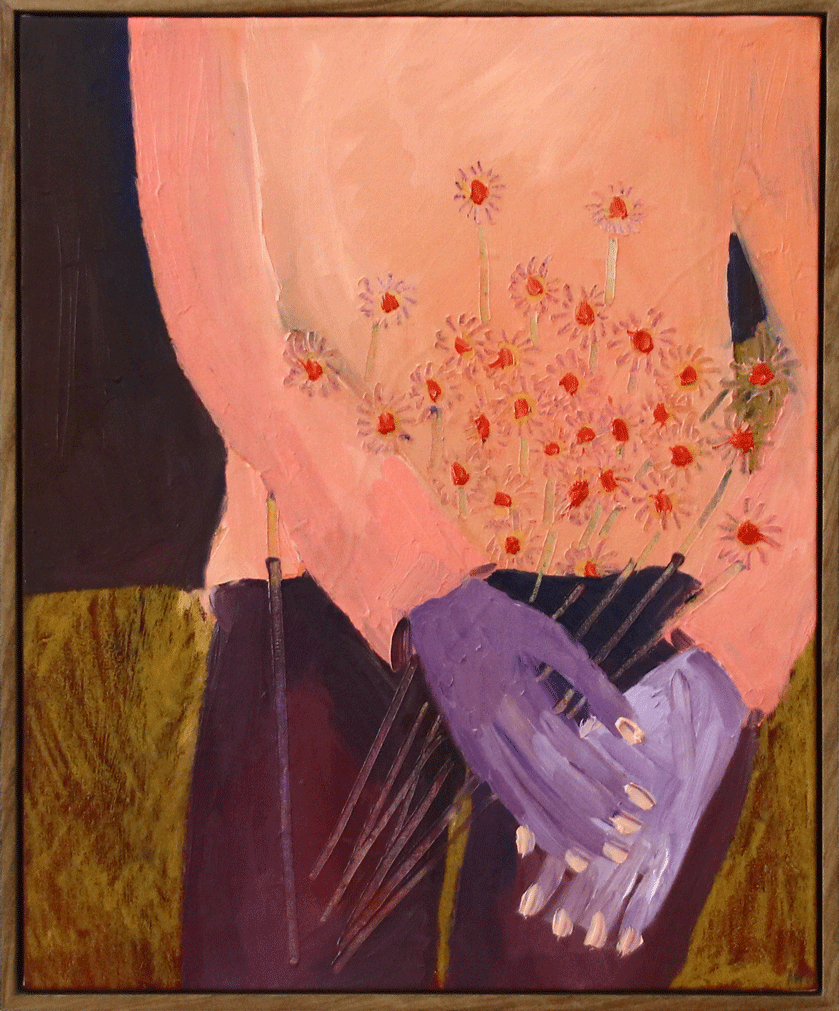 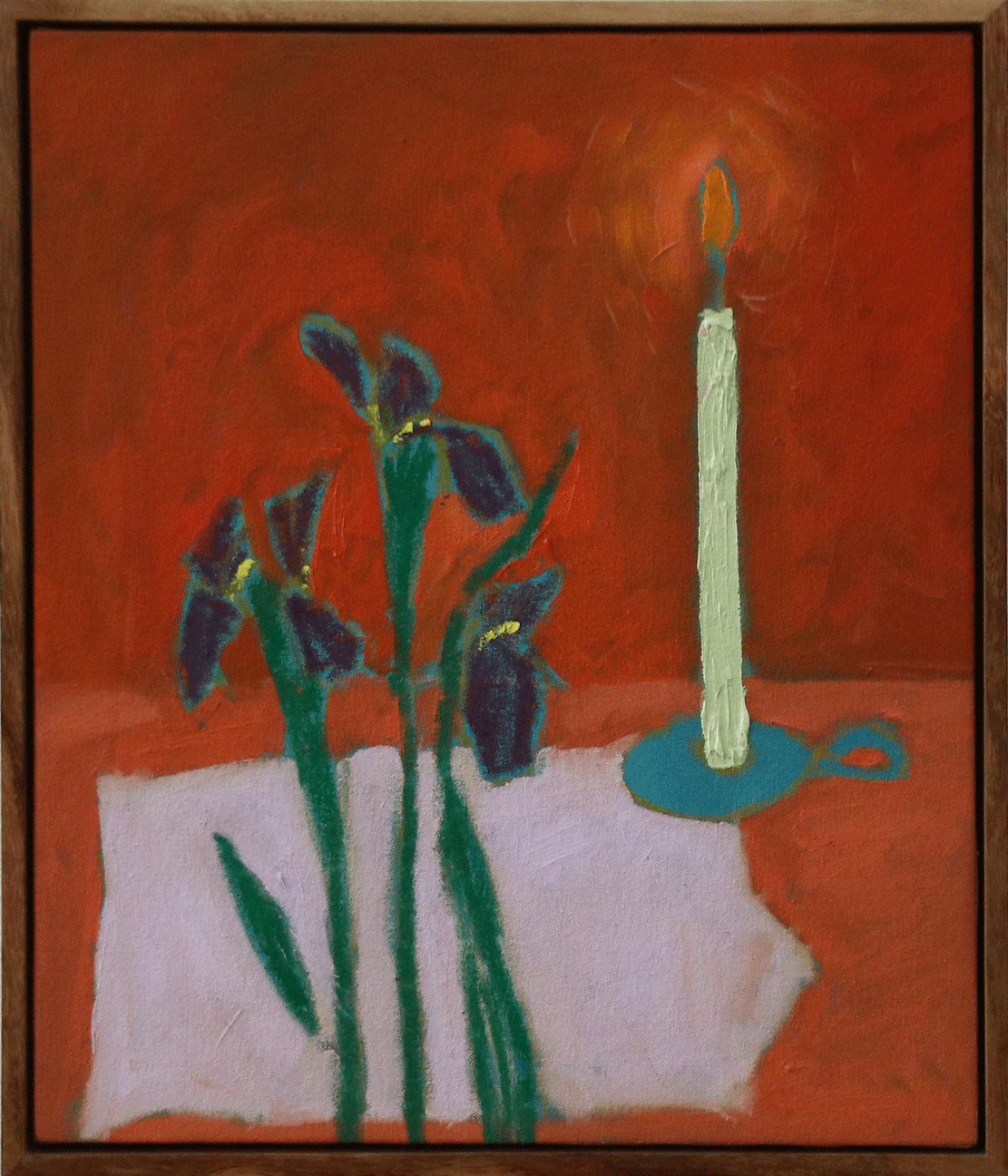 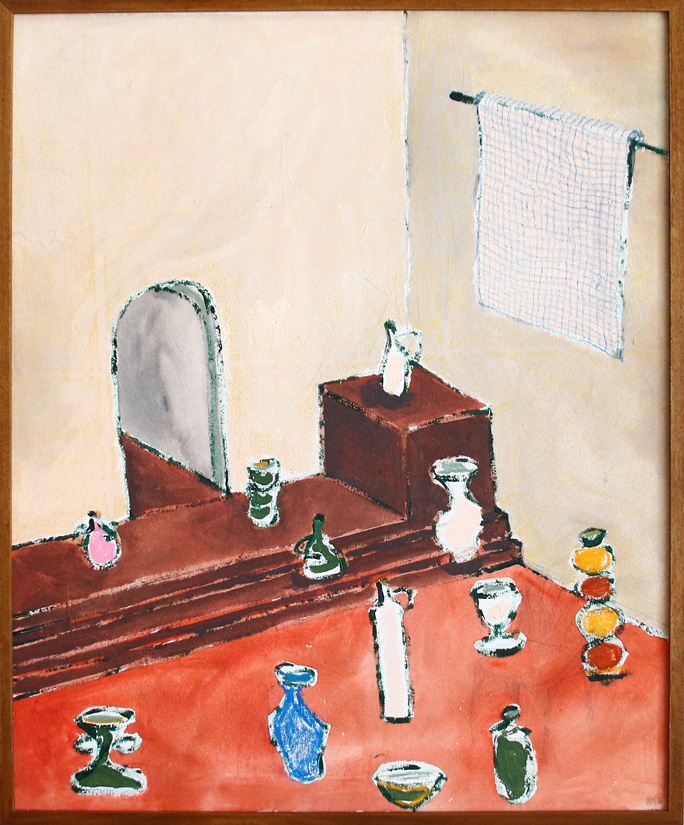 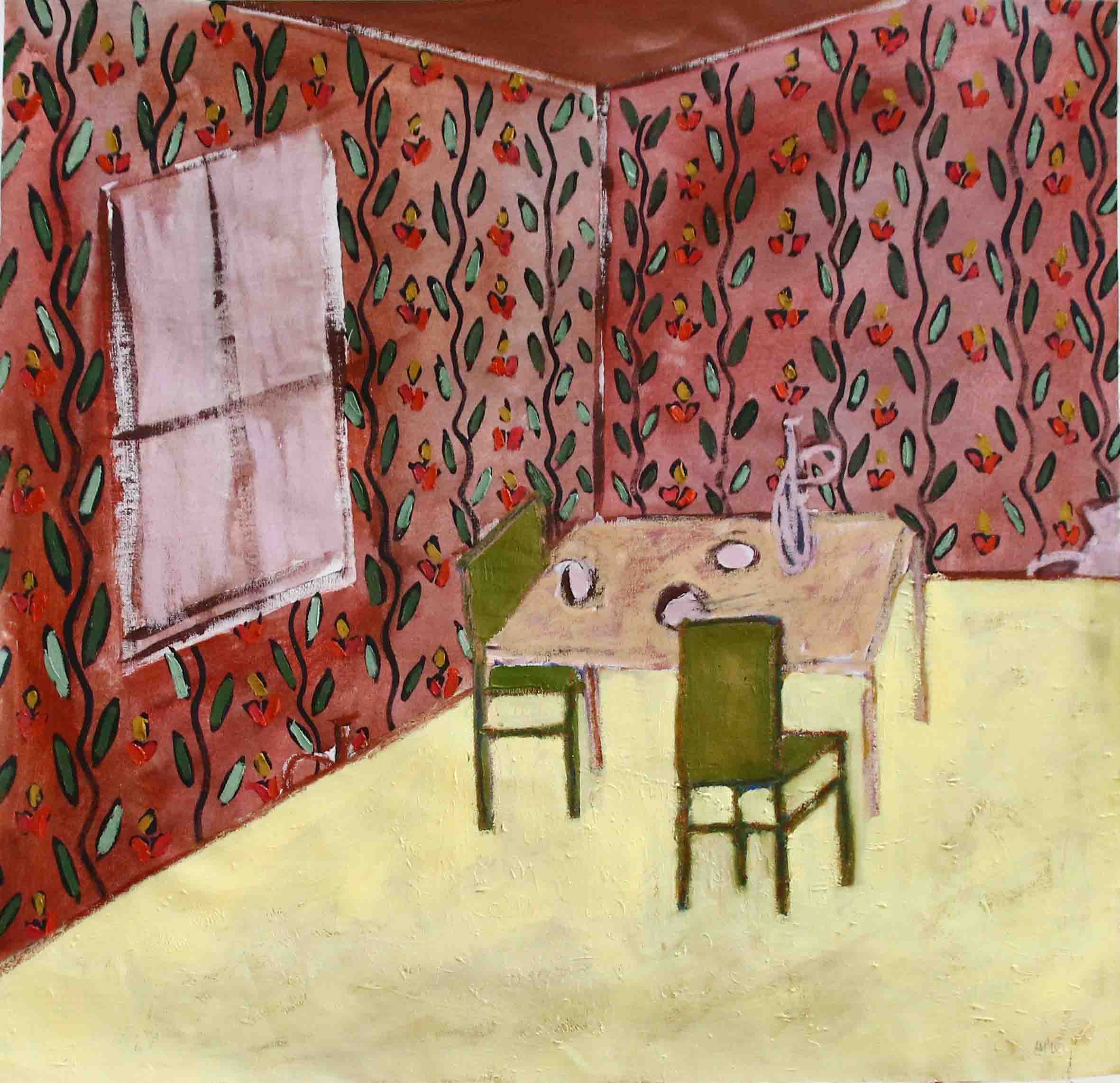 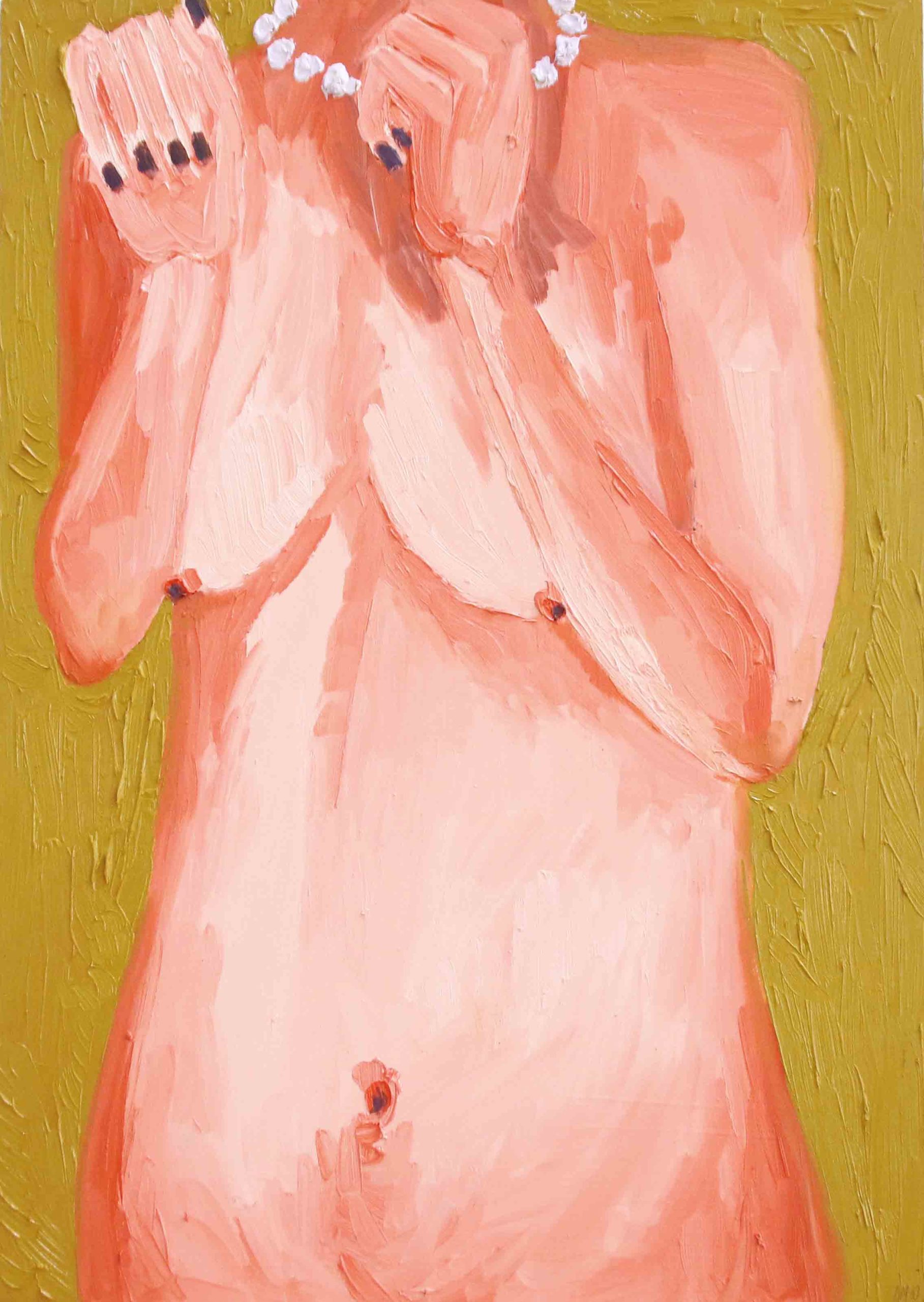 As a result of a tumultuous political and economical period in Sudan, which also brought about disputes of its historical context, Hussein Salim spent a number of years as a refugee in various countries including Egypt and South Africa.

Following his artistic training in Khartoum University, he obtained his Master’s degree in art at the University of Kwa-Zulu Natal, Pietermaritzburg. He has exhibited extensively overseas along with acclaimed local galleries, such as Johans Borman and Bonisa Private Gallery.It was during this time that Salim and his family embarked on both an emotional and awakening return back to his homeland, Sudan.

Inspired by its diversity and diasporic, multicultural communal structure, his body of work celebrates this through extensive layering of symbols, rich colours and vivid forms. Following the example of graciousness, humility and resilience of the Sudanese, Salim has worked closely with NGO’s such as African Angels and Buccaneers Outreach program, whom focus on the sustenance and uplifting of children and schools in marginalized communities with proceeds of his artwork sales being donated to various outreach schemes. 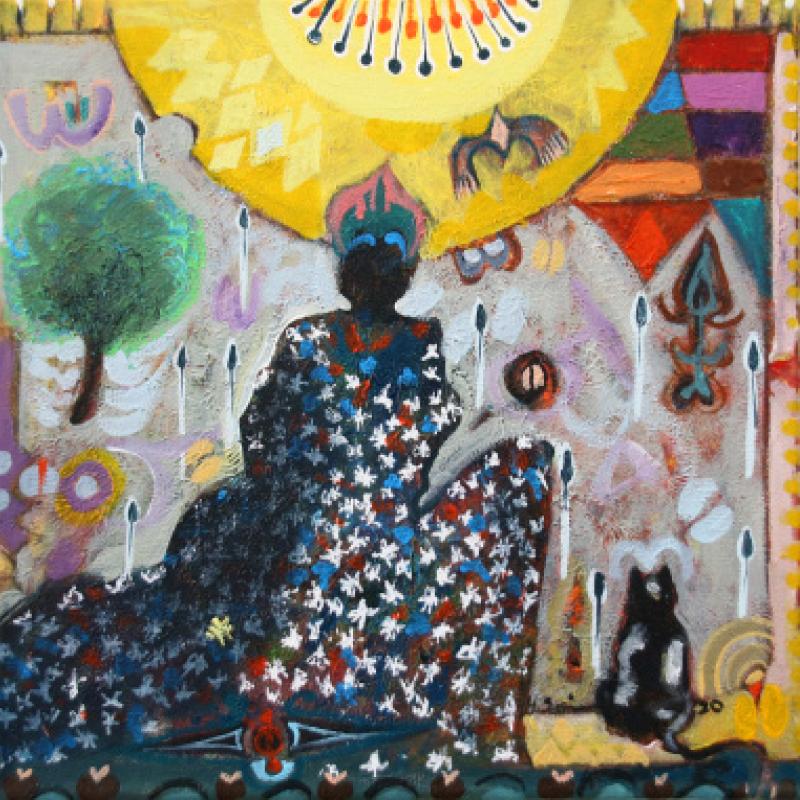 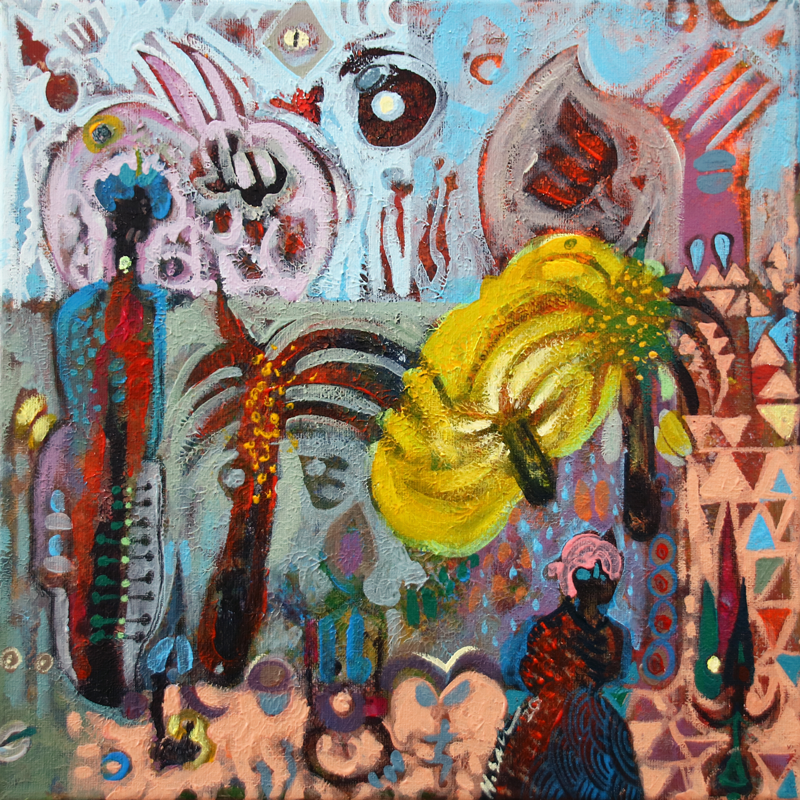 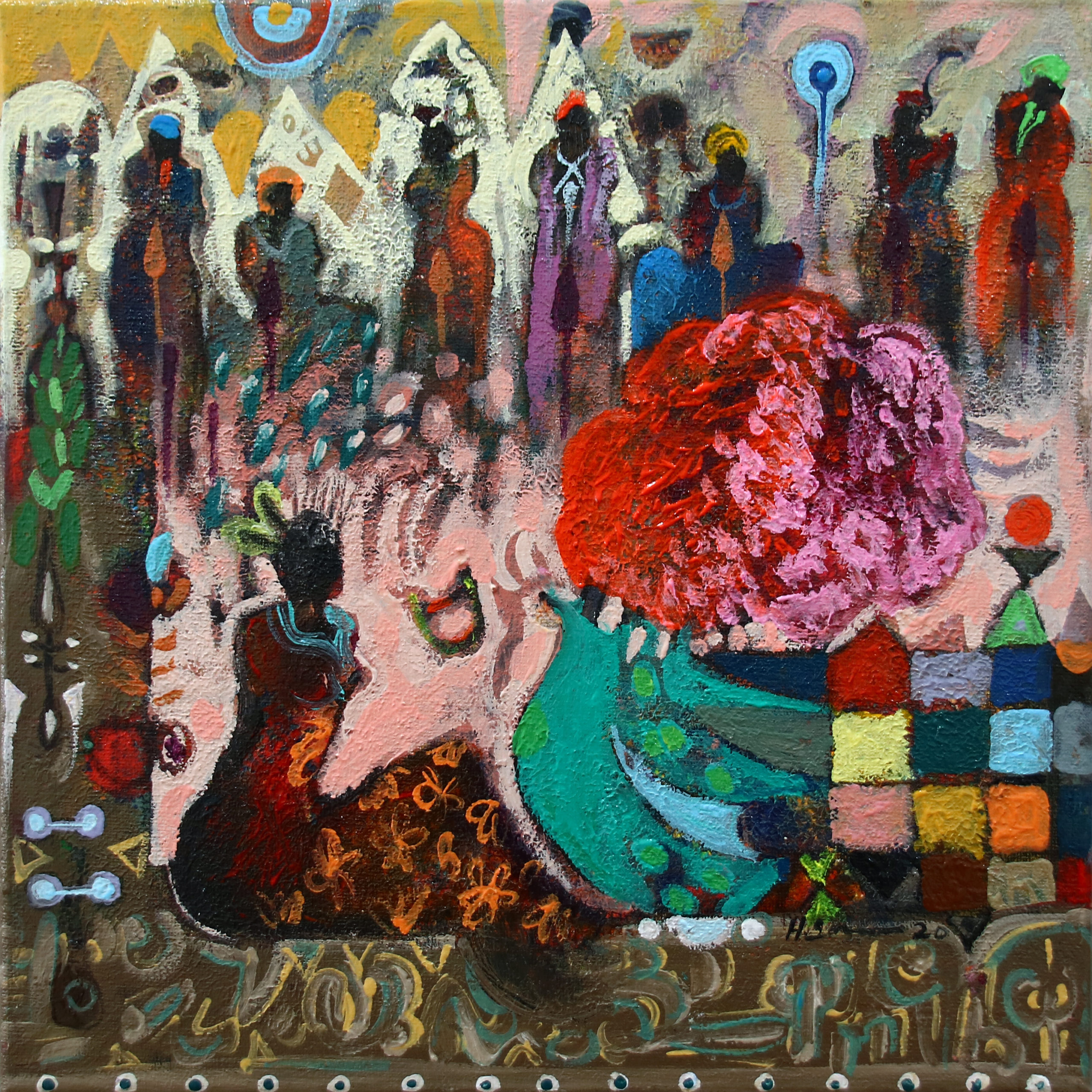 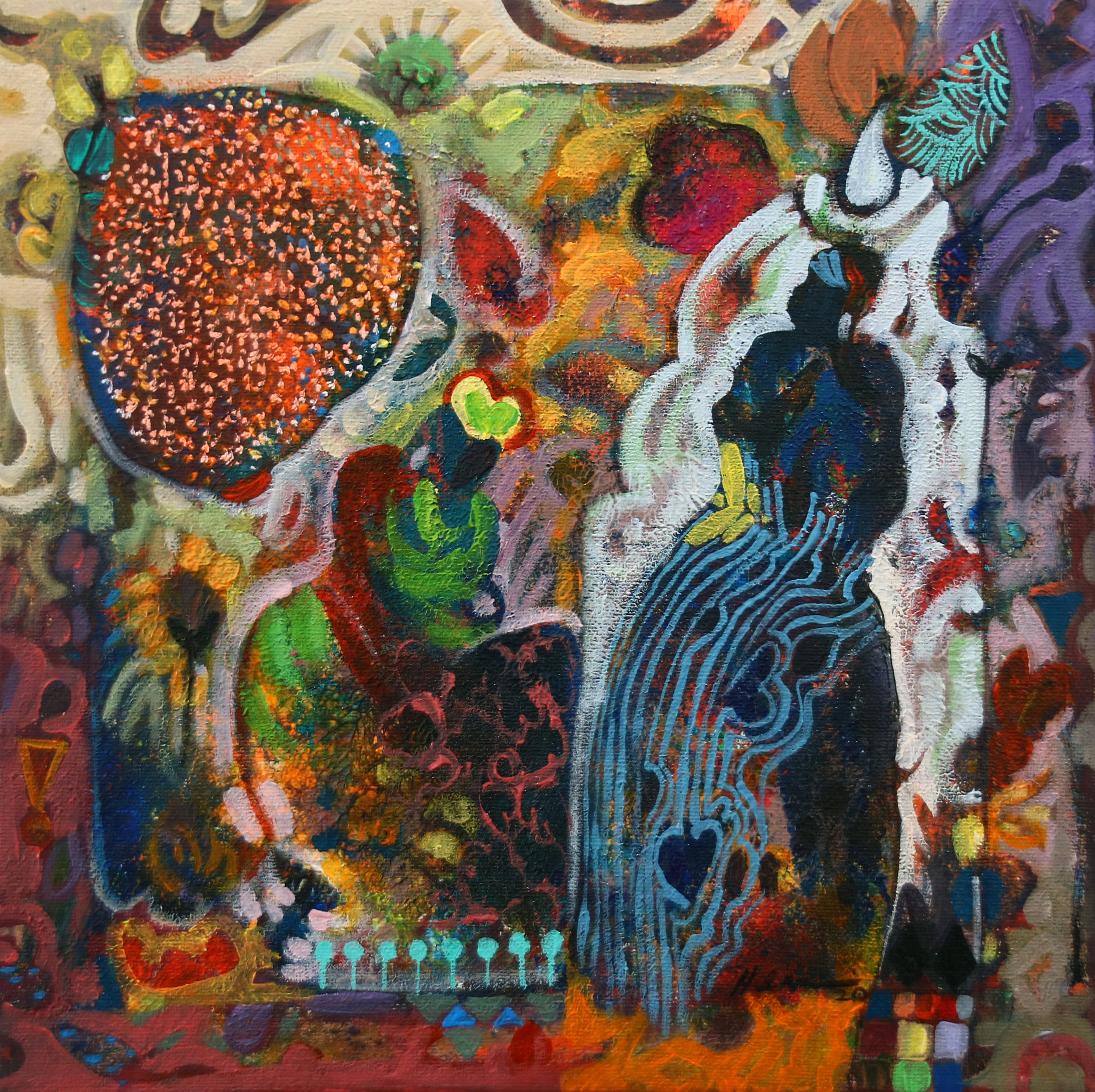 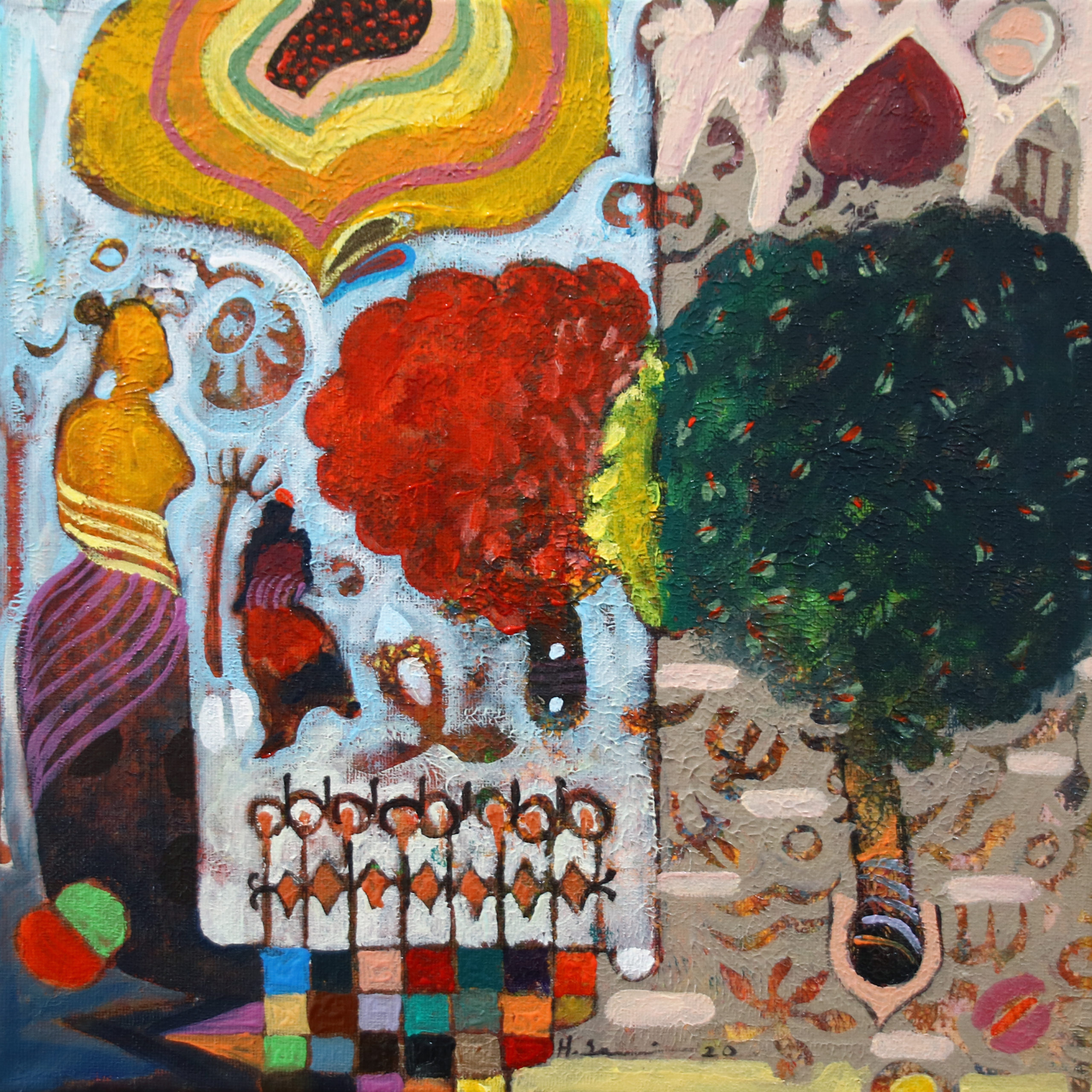 Kagiso Reuben’s work makes no attempt to veer towards realism, acknowledging the presence of photography as a mode of truer figuration, having studied commercial photography. Instead he is establishing his own visual language – inspired by automatism and tuning into self-exploration through questions around mental health. Tending to prefer the medium of painting and using oils, he occasionally includes mixed media as he experiments with different materials and textures.

Calling for viewers to engage with the imagery and draw on their own references and assumptions, Reuben is eager for the work to be relatable and non-prescriptive. Inspired by artists such as Simon Stone, Jackson Pollock and Jean-Michel Basquiat, the simplified nature of his paintings evoke nostalgia and playfulness. Kagiso Reuben (born 1999), was raised in a small town called Vereeniging in Gauteng just outside of Johannesburg. This remains a primary source of inspiration in his work. Rest is Reuben’s first gallery exhibition and his first time exhibiting in Cape Town. 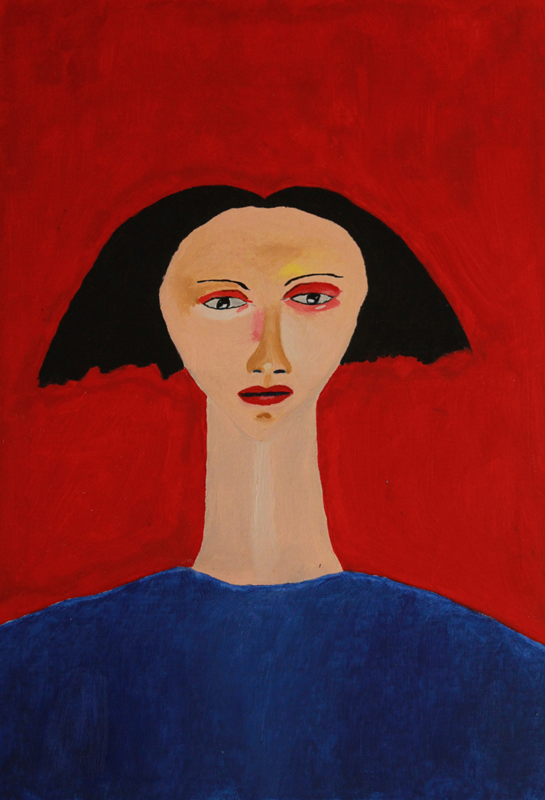 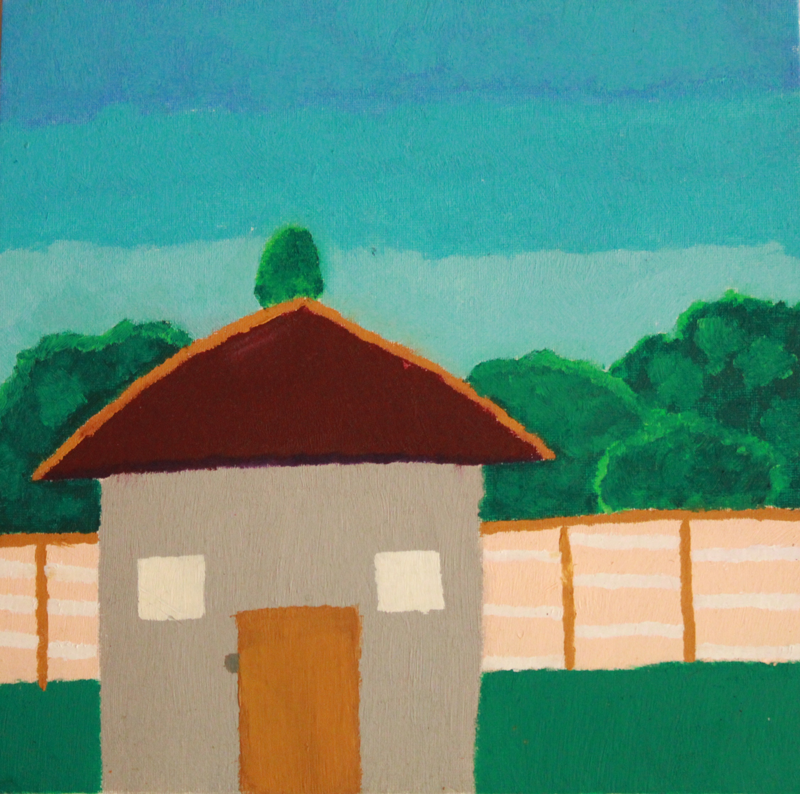 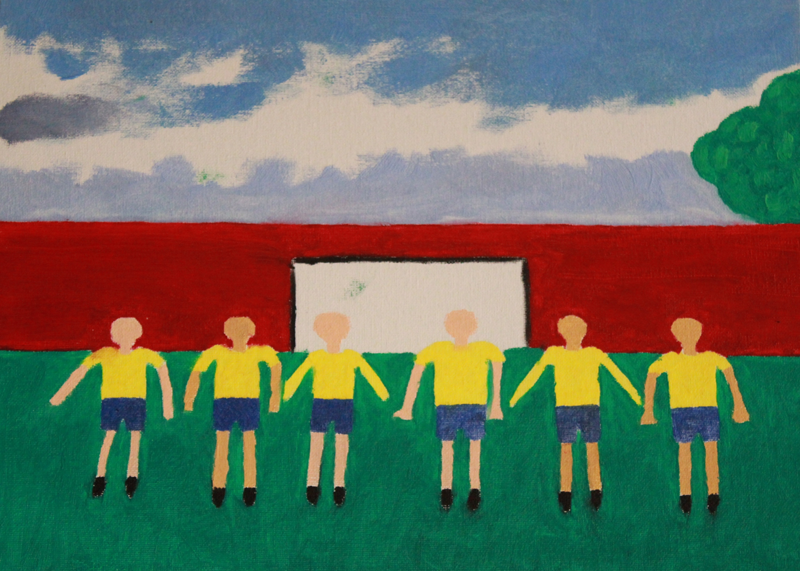 Kino Hogan is a young artist working out of Cape Town. He recently co-founded and runs the camera restoration business That Good Hour, while continuing to work on his own practice and artist assistant. Hogan has exhibited on various group exhibitions around Cape Town since graduating from the Michaelis School of Fine Art in 2019 with a focus on sculpture

Fascinated with notions of before and after, Kino Hogan’s work is evolving alongside the tumult of this past year. Exploring concepts of a life after this life, this year has pushed him closer investigating what ‘spirit’ world exists. Through mixed media and photographic works, he offers the juxtaposition of thoughts of calmness but also violence. Confronting the manifestation of religion, particularly Christianity and Catholicism, his work illustrates details of its impact around the world as a result of colonialism and European imperialism. Through his creations, Hogan places particular focus on small details, displaying a meticulous attention towards representation and playing with the contexts of understanding. Re- search is layered into his practice and is integral to the physical objects he presents. 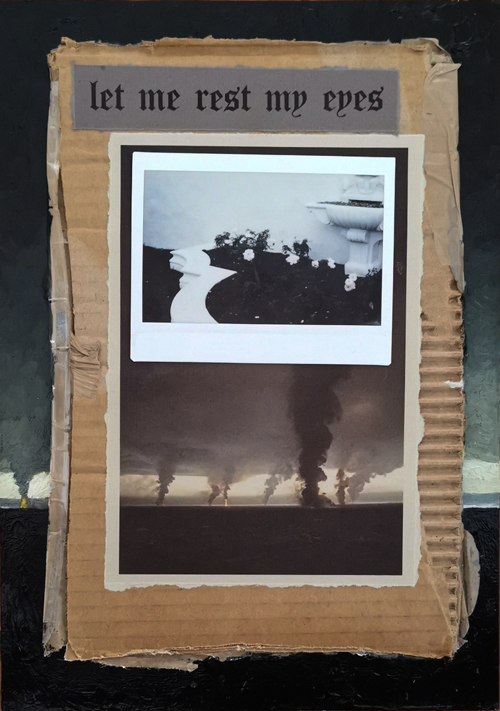 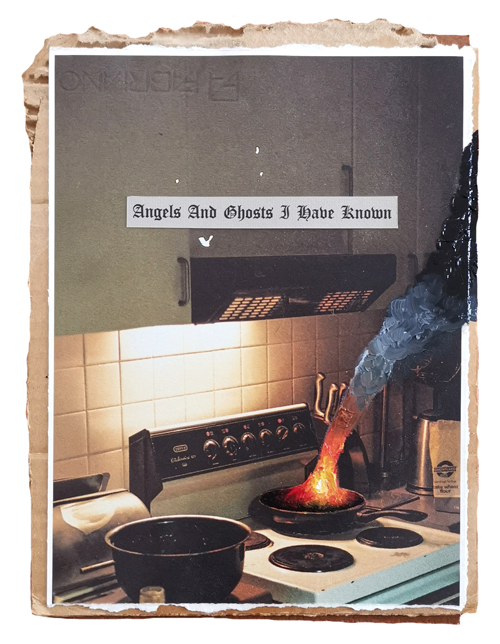 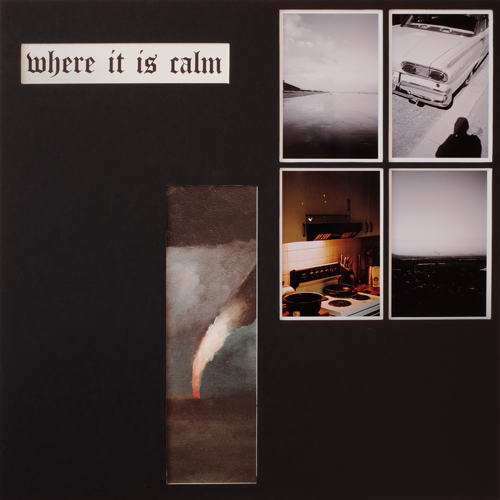 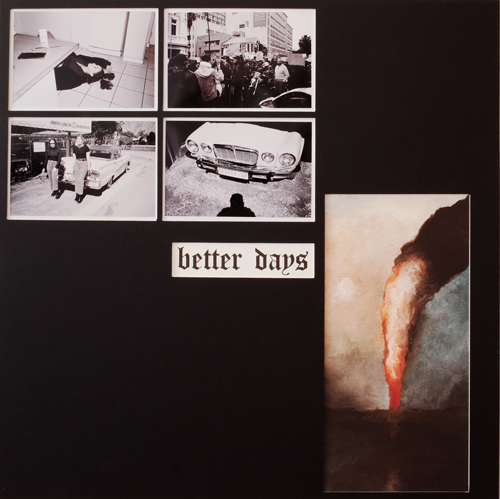 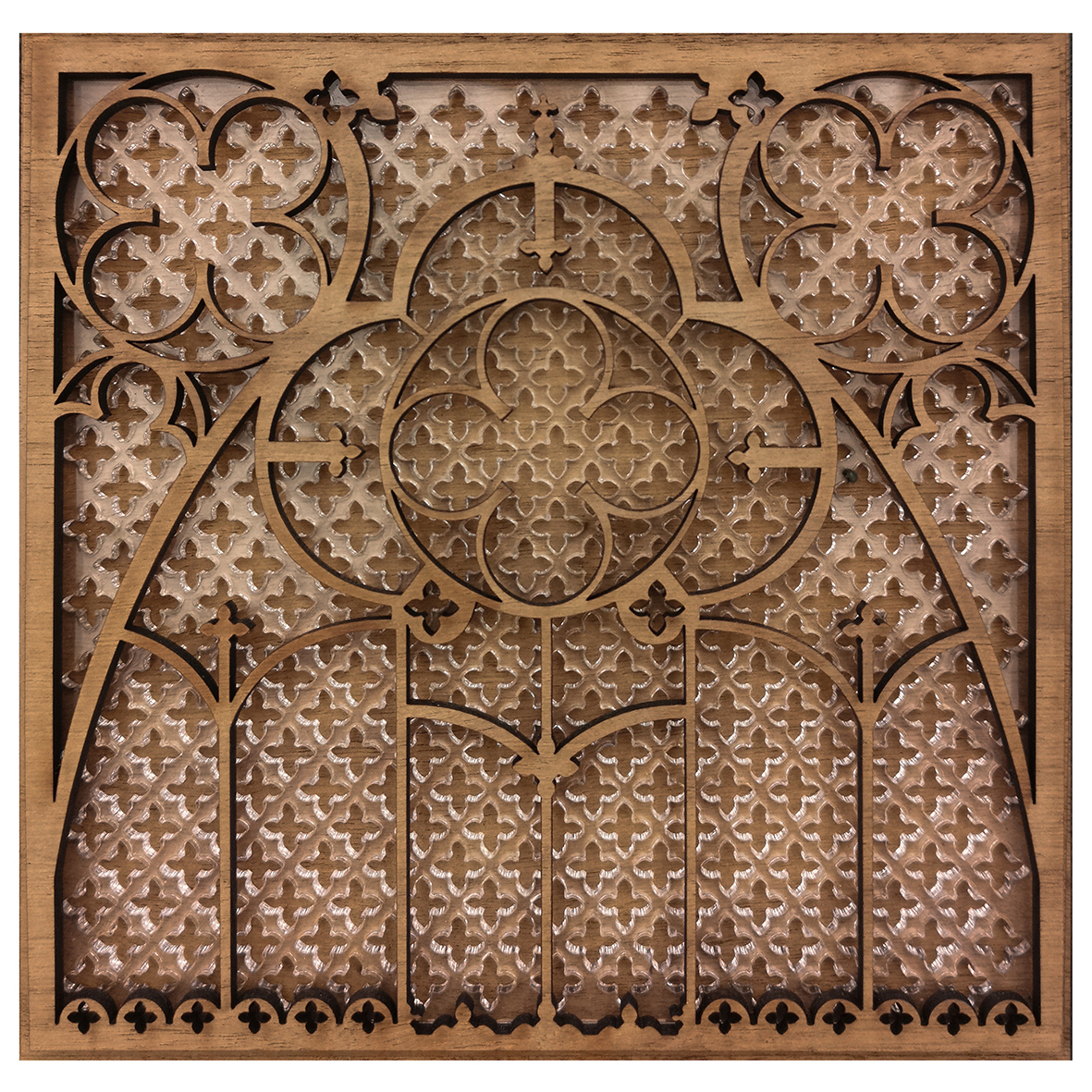 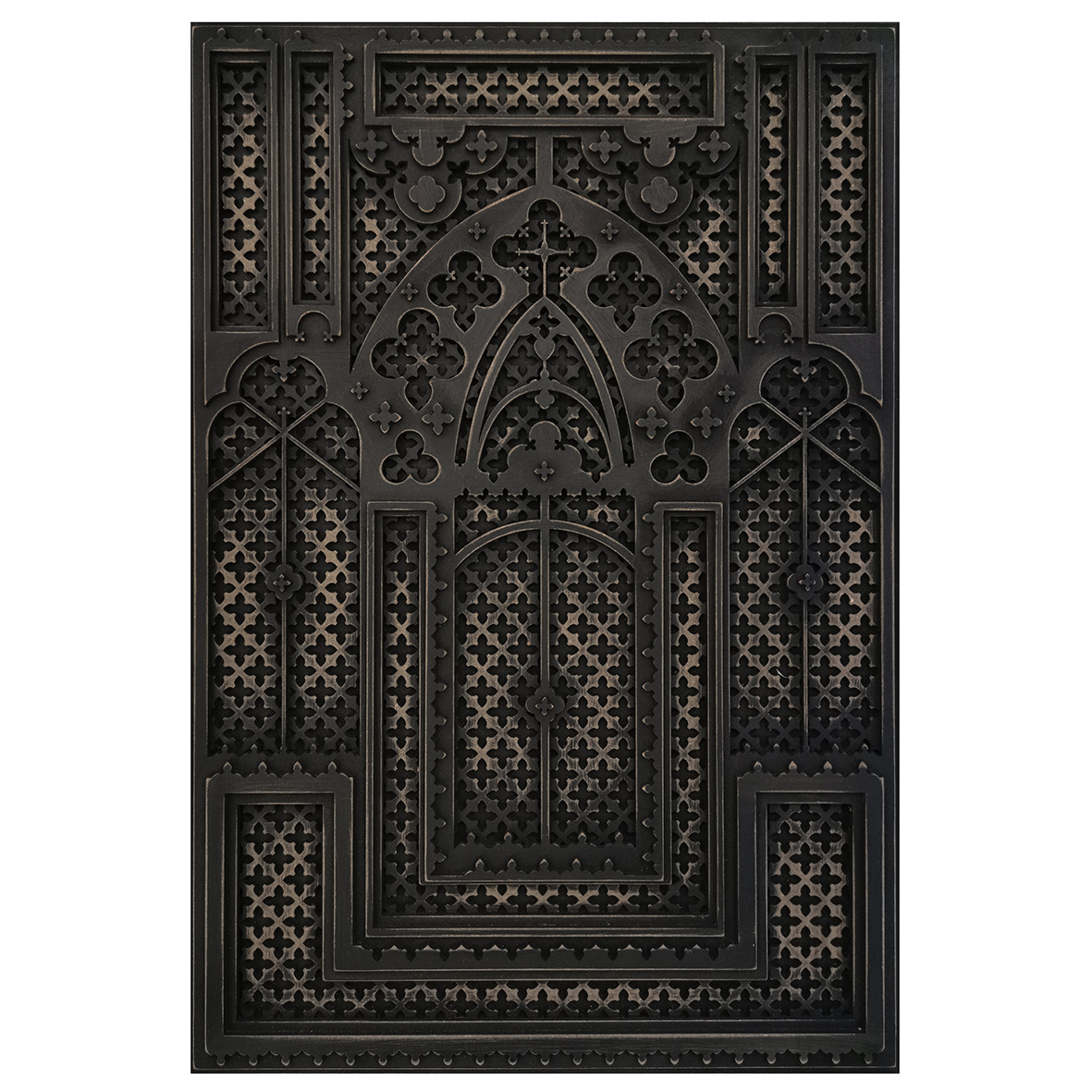 Khalid Abdel Rahman was born in Khartoum in 1978. Over the past decade he has been establishing his distinctive style and artistic practice in Sudan. His work has caught the attention of curators, collectors and art lovers around the world, having his works displayed in the USA, Germany and Sudan.

Rahman is known for his stylistically strong monotypes of abstract architectural scenes. Focusing largely on middle class neighborhoods in Khartoum, he captures the tonal colours, stark structures imbued with sturdy strength and presents a layered and multi- dimensional façade of the Sudanese contemporary landscape.

Through his depictions, he focuses a middle class that is slowly disappearing due to being absorbed into different structures or by leaving the country searching for a better living situation. “The brightly sad coloring of these empty neighborhoods reflects the reality of their disappearance”. 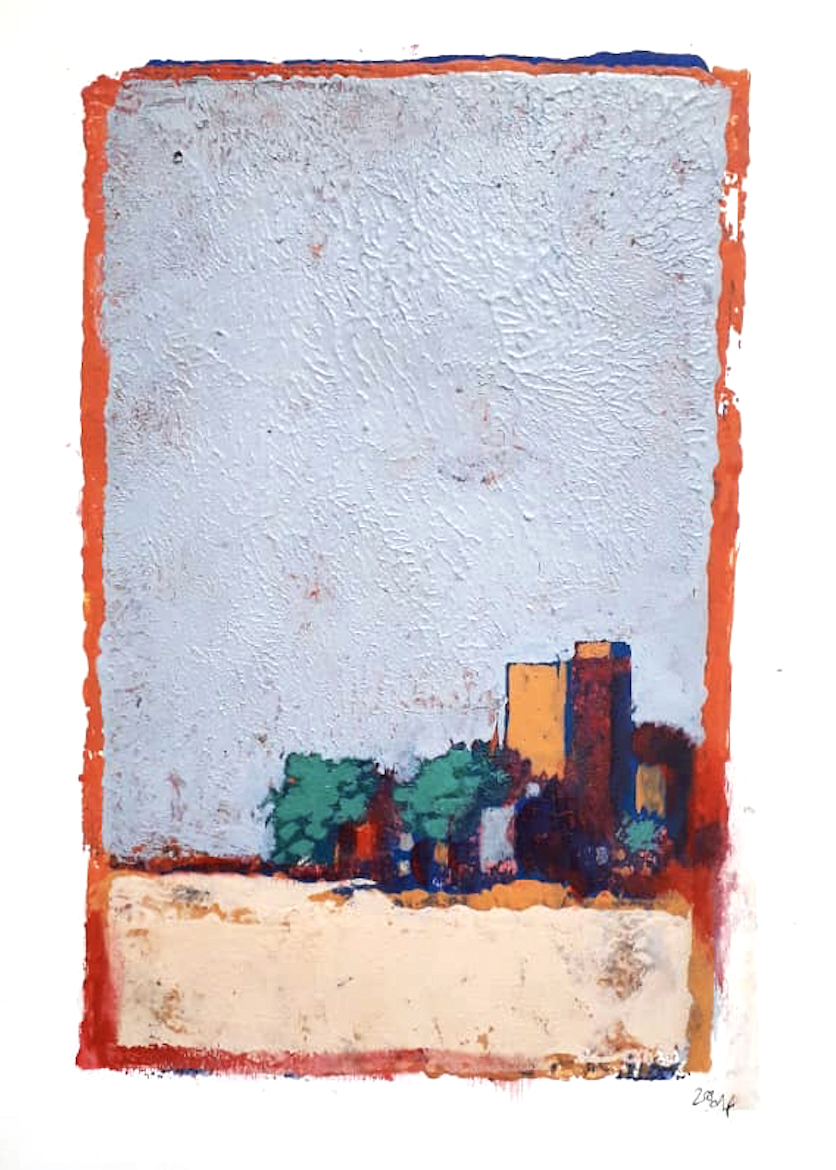 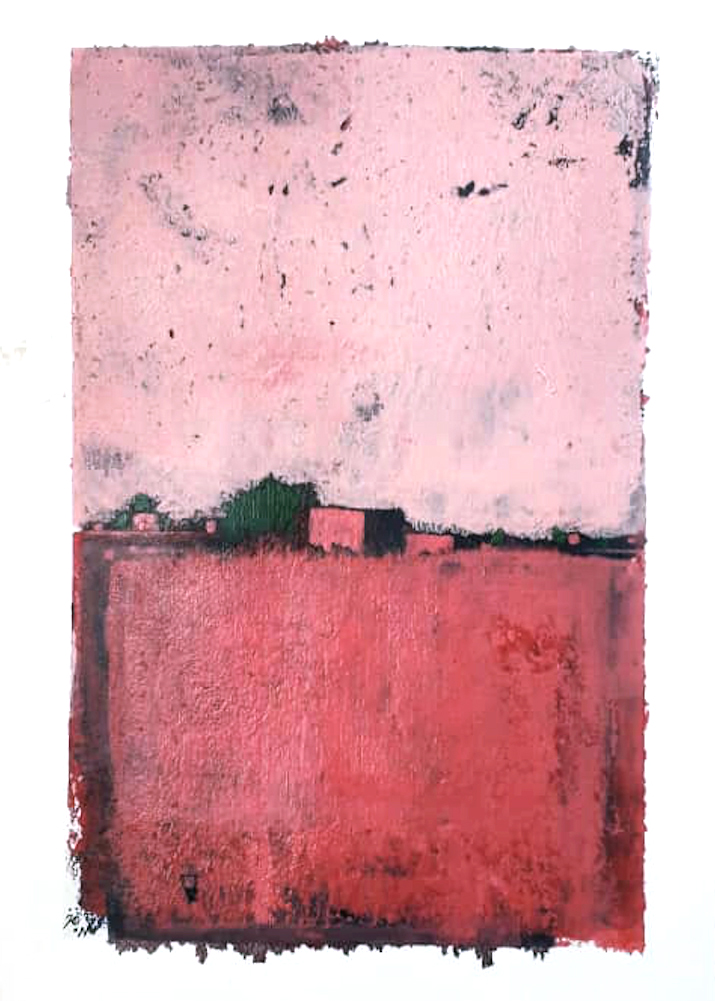 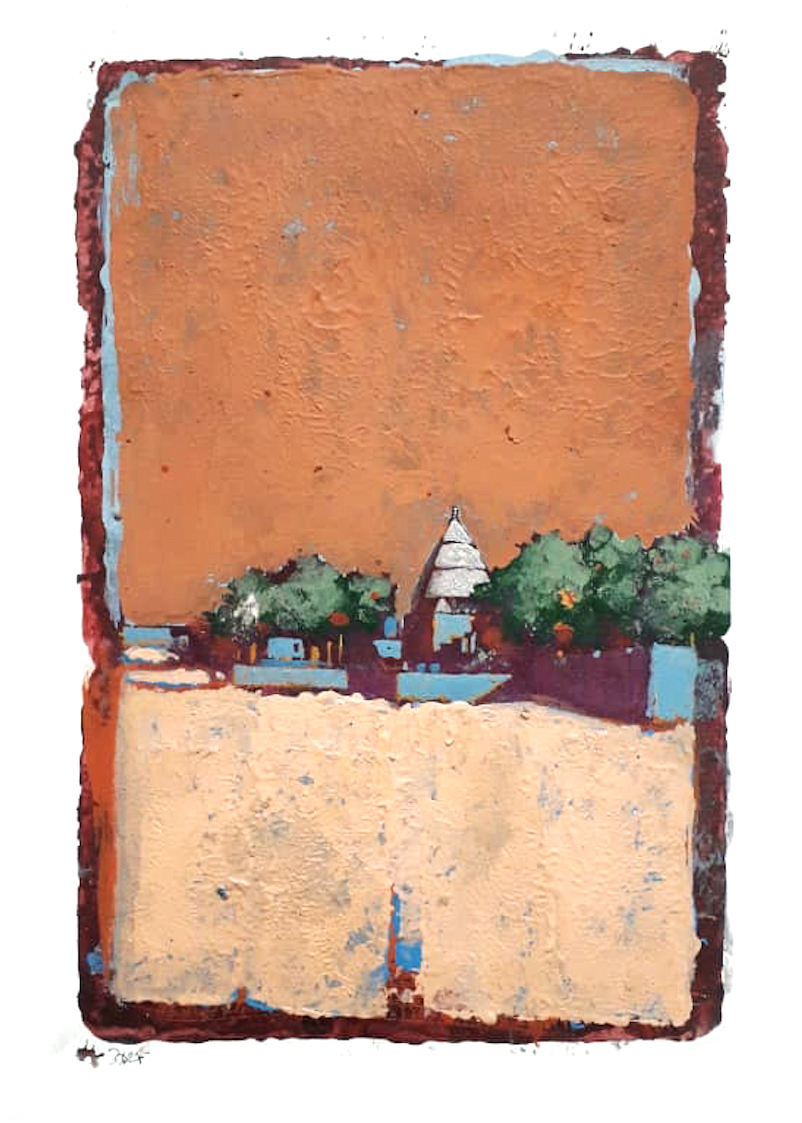 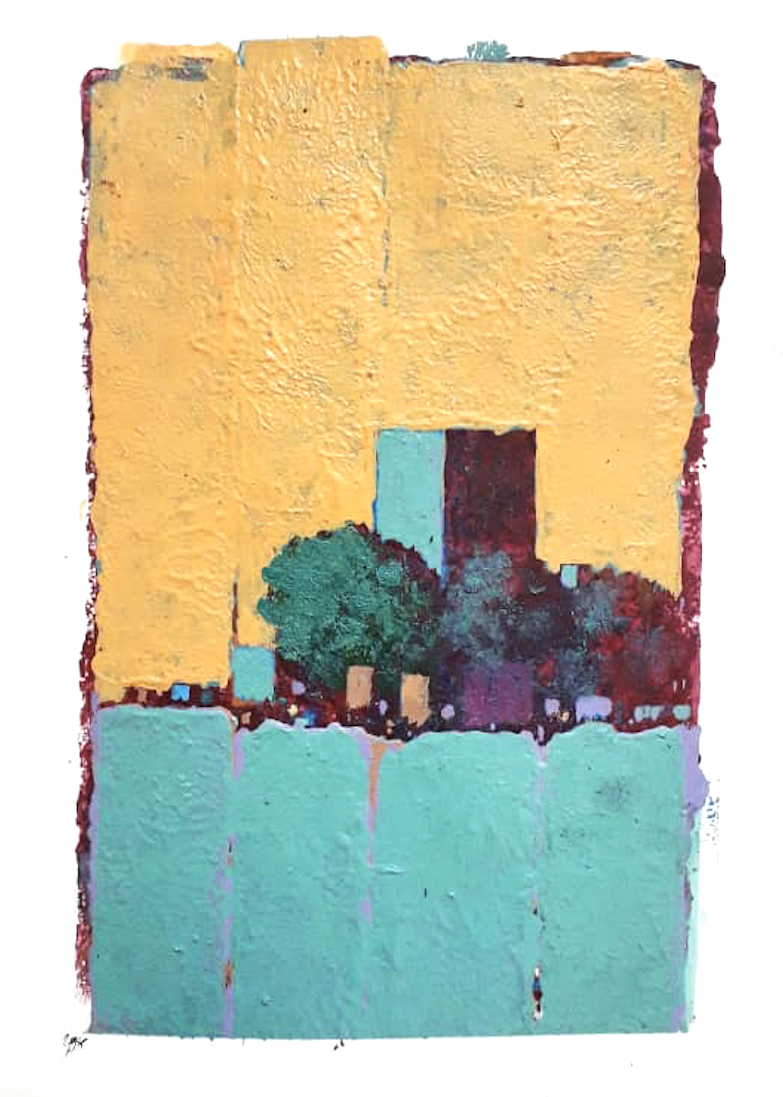 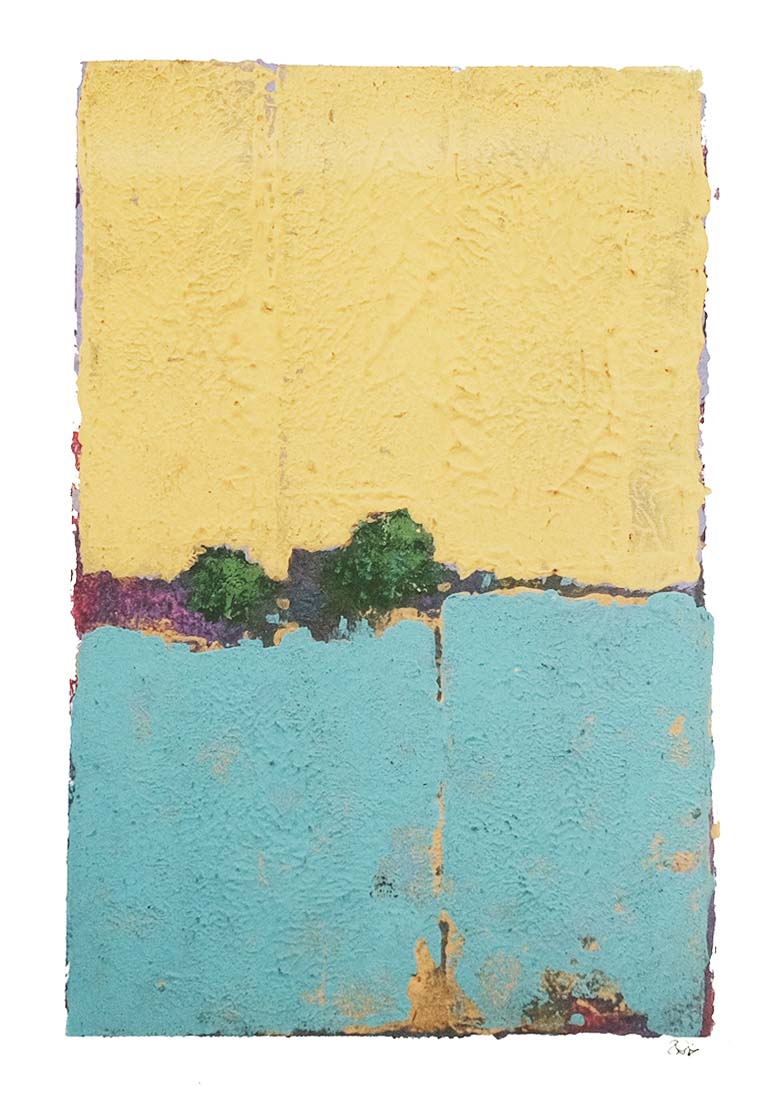 Yasmine Yacoubi’s 25-year painting journey has been across 4 continents, marked by varying developmental stages and using a diversity of techniques. That journey has now culminated in a focus on the vitality and the forces of nature. Her surrounds and their continuous transformations are her main sources of both fascination and inspiration.  What guides her has always been what she sees, hears and touches around her.

She works on one piece at a time, where her mark making layers broad brushstrokes and more defined touches to build up the essence of each depiction. Yacoubi is a trained and practicing psychologist and as such, her clinical world often merges with the artistic through her paintings. Once in her studio, she uses her ability to carefully listen as a tool for herself; translating her feelings into her work.

Yasmine Yacoubi was born in Germany, grew up in Morocco and studied in France. She attended numerous painting workshops in Melbourne, from when she first arrived there in 1997. Yacoubi first exhibited in 2008, in Santiago, Chile where she lived for eight years. Since arriving in Cape Town a decade ago, she has enjoyed immersing herself in the local artistic community, attending various workshops and participating in group exhibitions. 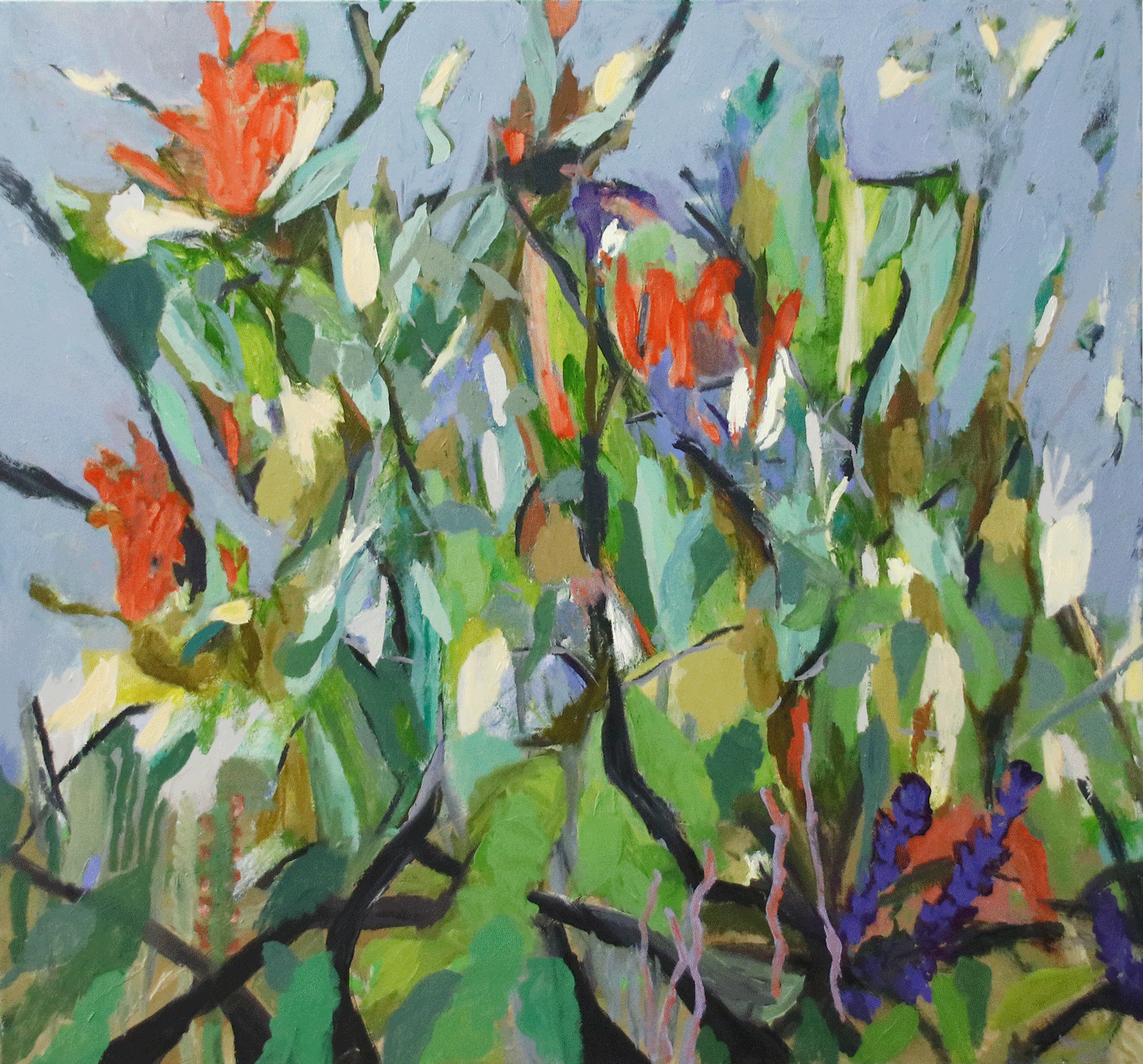 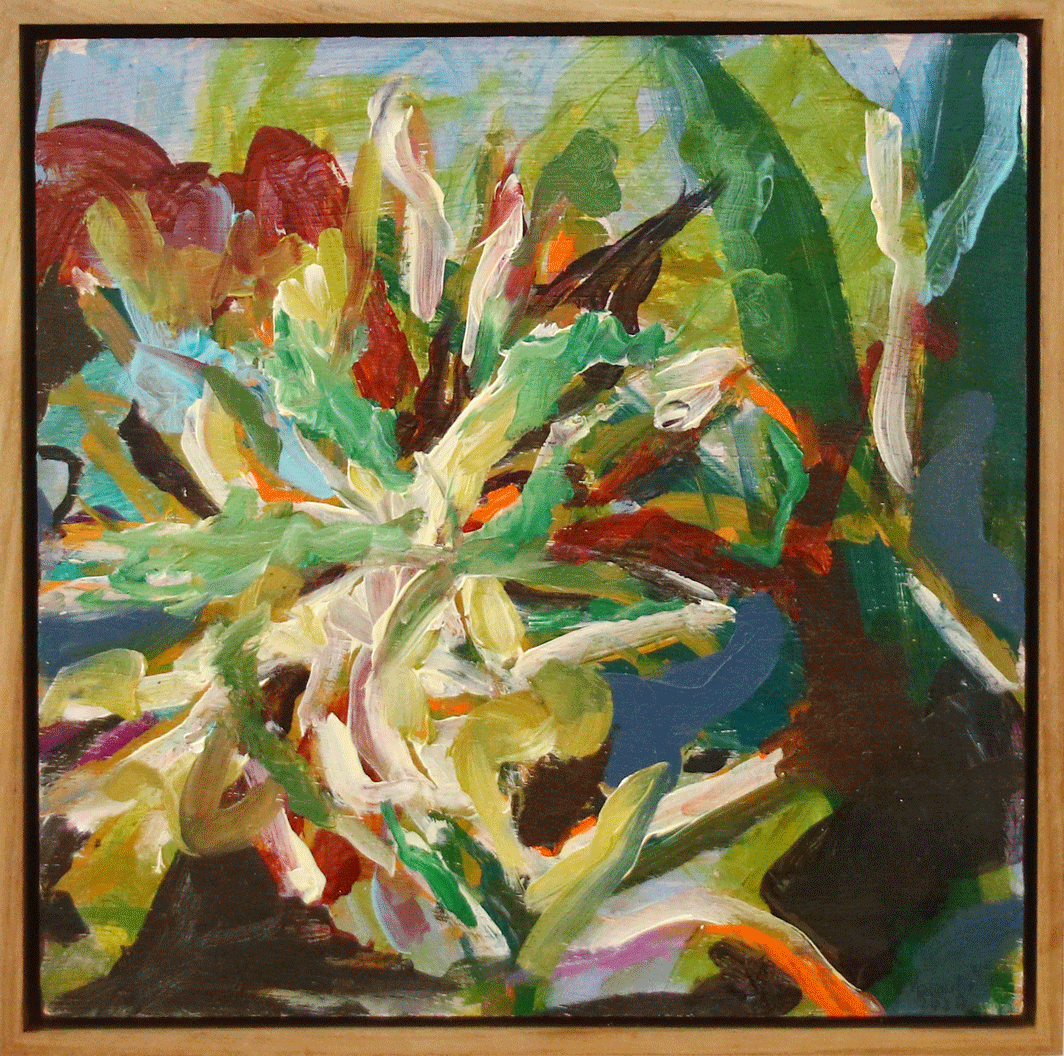 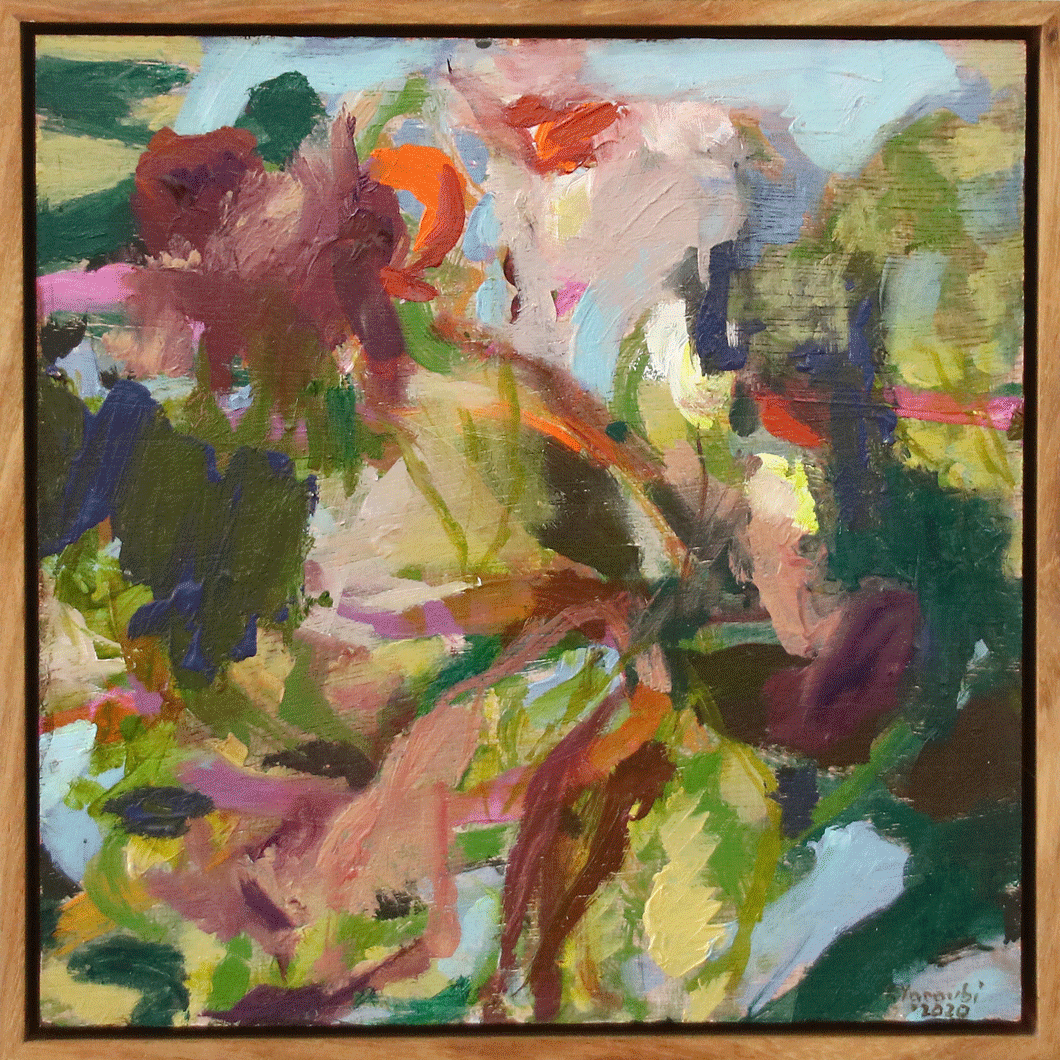 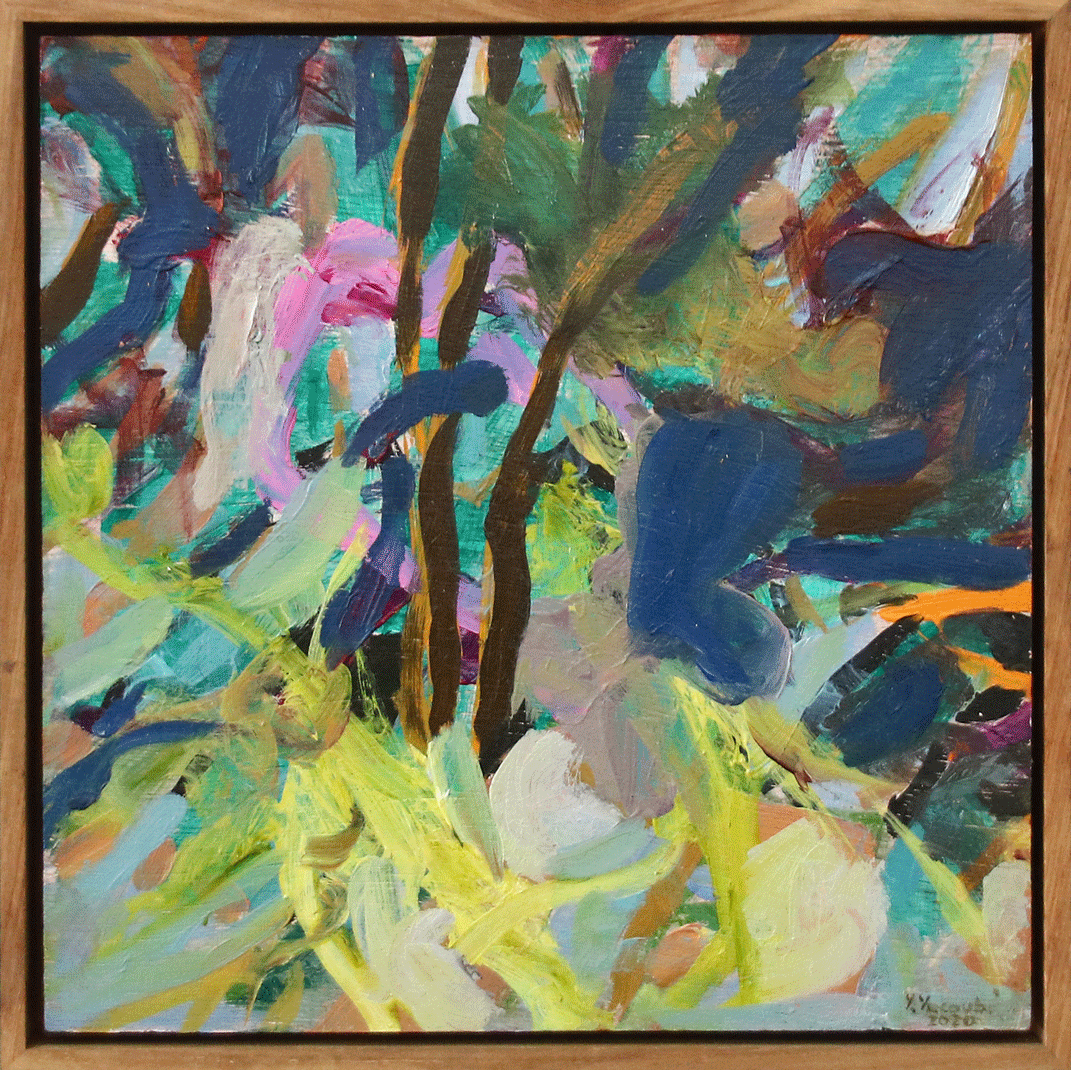 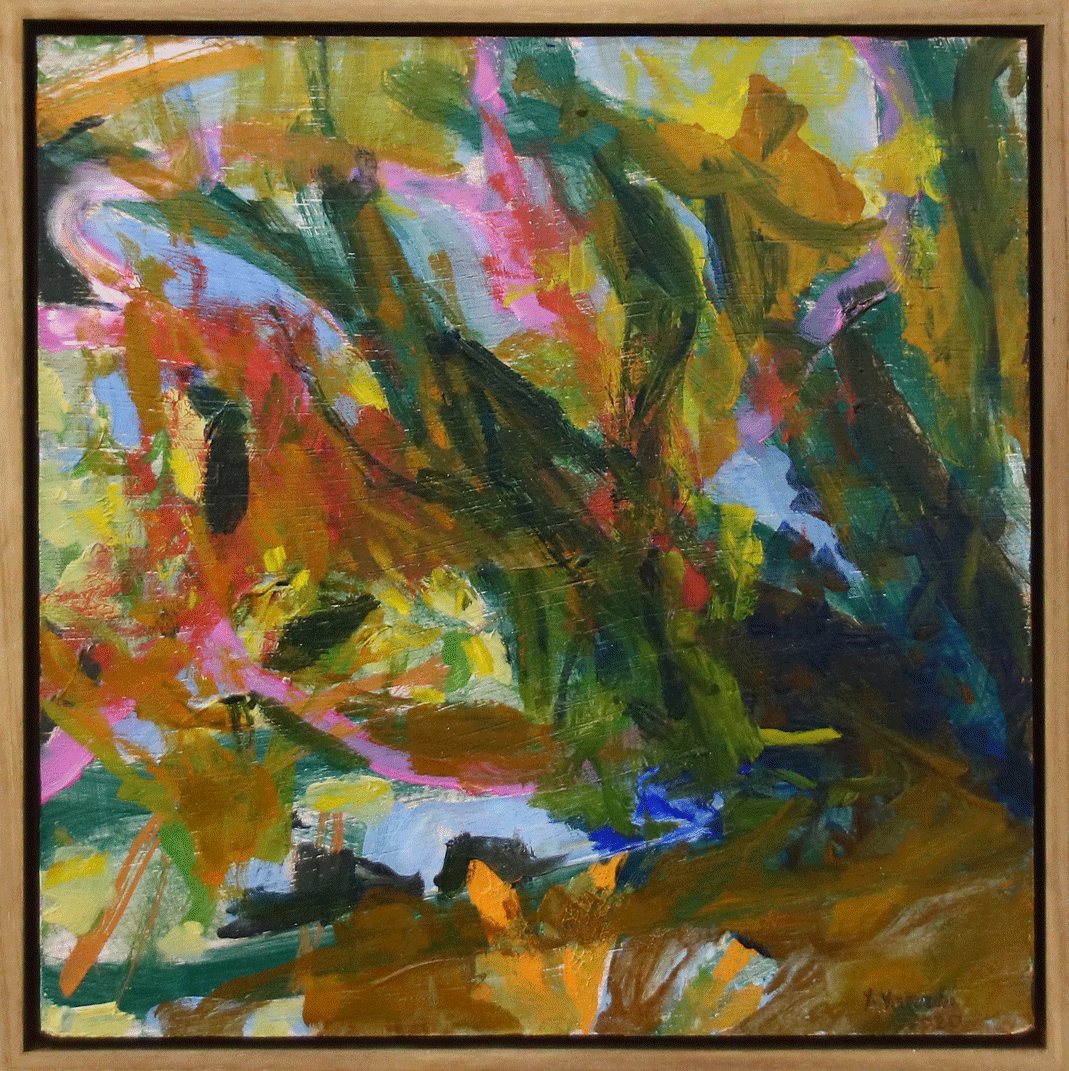