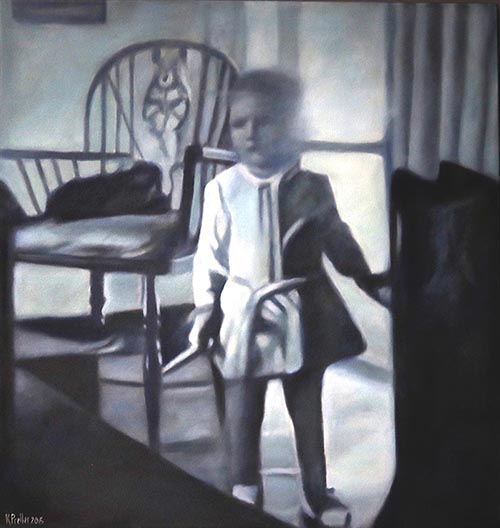 Currently full-time artist, Karin Preller, graduated with her B Proc and LL B from the the Rand Afrikaans University (University of Johannesburg) – where she is now also an Affiliated researcher in the Research Centre, as well as Visual Identities in Art and Design. She further practiced law before pursuing a career in the arts. Once she received her BA(FA) at Unisa and an MA(FA) at the University of the Witwatersrand, she lectured in Art History at UNISA and other tertiary institutions. From the completion of her Masters she has had many solo exhibitions in spaces like the Standard Bank Gallery, and forms part of many corporate collections such as  The Johannesburg Art Gallery, Sasol, ABSA, Unisa, Oliewenhuys Art Museum, The Public Protector and more.

Preller is well-known for how she engages photography and painting. With the use of personal archives such as family albums and home movies, she creates a momentary nostalgic recollection of the banal. By focusing on these memories she valorises these brief moments of everyday life that often get overlooked. The use of paint as a medium adds to this notion as it requires much delicacy and tenderness when rendering the real, thus it becomes a specific memory pulled out of the past, laboured on with care and brought into timelessness as an object unable to fade as memories do. The use of photography as origin of subject for these paintings creates a dialogue between the media, as it evokes ideas around representation when something becomes so translated. A photograph is often seen as captured truth, yet painting can often be seen as fictitious – like a memory. Thus, the translation of memory, to photograph and then to paint starts to convey the struggle of holding onto an experience as they become further fragmented; lingering only as fragile traces. Reminding the viewer of the preciousness of everyday lived moments. 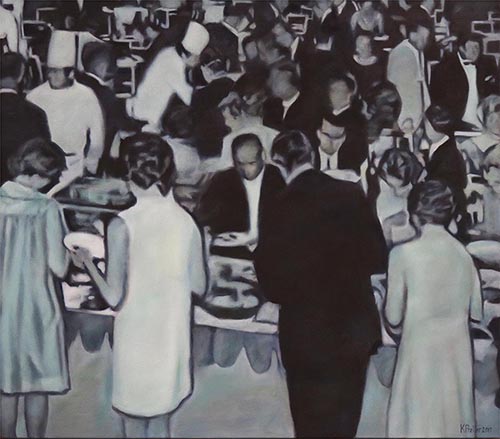 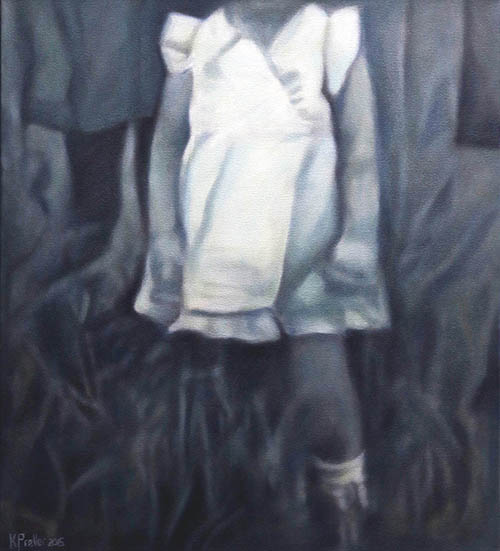 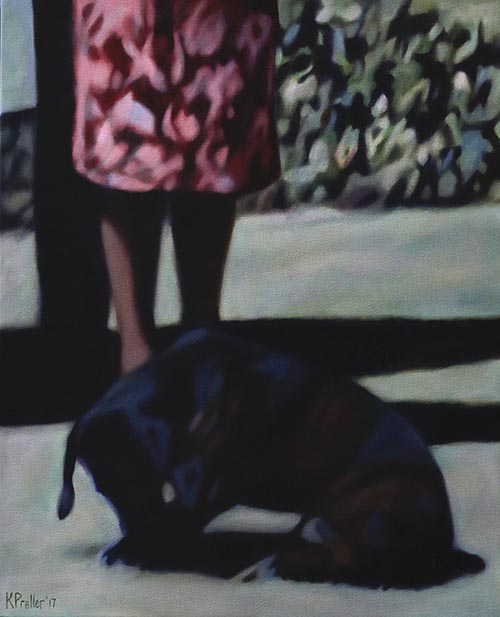 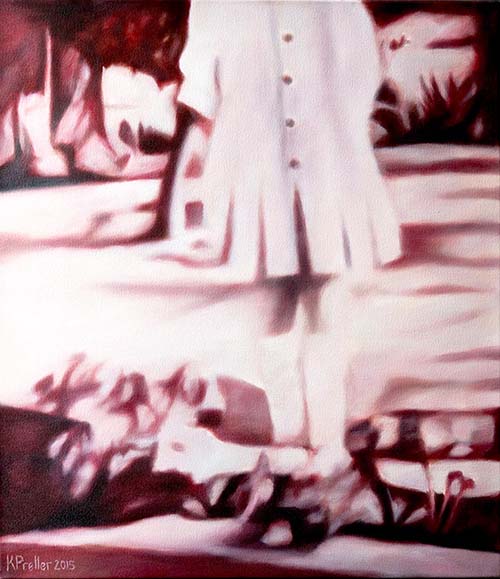