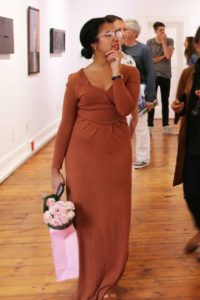 Her monochrome works are somewhat influenced by the Monochrome paintings of the 1960s and how they could change depending on how light and shadow fell. She aims to create a mood through a focus on texture rather than colour, reducing a painting to its basic elements to expose its raw essence. It is focussed even in its abstraction creating a moment of reflection, a pause. Through this she explores the concept of being “fixed” in stone in relation to notions of positionality and identity.

There is often an overlap between the use of crete stone/ wall crack filler and the traditional medium of oil paint in her work. One which has been “fixed” in the canon of art history and one which is an industrial material used to hold a specific position, conceal a fault or fix a crack. Using imagery of drapery and various borrowed symbolism she links this to mundane objects and moments from her own domestic spaces creating an illusion of a grander narrative but instead used this to highlight something personal yet vague, understanding the complexities of fluctuating identity being veiled, assumed, imposed or misunderstood.

Her current exhibition carries familiar elements of seductive drapery and cloth in various stages of action as well as crete stone embedding and solidifying moments on canvas. There is a slight shift seen with the inclusion of figures which are usually completely excluded from her work. The theme revolves around a costume drama and various stages of letting go of and assuming or taking on a new “self”. In this way she explores the pressures of having a fixed identity and knowing who and what that is.

Danielle Alexander is a young, Cape Town based artist and graduate of the Michaelis School of Fine Art, University of Cape Town. She majored in Painting and Visual and Art History which is notable in some of the art historical references and characteristics seen in her oil paintings with specific inspiration being drawn from Neoclassism and Baroque imagery. She uses images of linen found in her personal domestic spaces as her subject matter using the creases and folds of the drapery in place of body to communicate emotions of tension, passivity or drama. This is used as a metaphor to reveal and conceal broader concerns and questions around institutional critique within a Fines Arts context and its canons of established or recognisable symbolism, as well as more personal concerns such as vulnerability and agency. Her compositions always have a façade of composure but there is always an underlying current of tension, vulnerability, questioning and hopefulness.

She is also concerned with mundane objects, subject matter and materiality often putting those elements in conversation with one another to heighten their assumed value. She often works with alternative media such as Crete stone, polyfilla and plaster to create textured paintings but again comments on notions of the seen and unseen through the use of materials usually associated with hiding or fixing cracks or faults. By using them as her primary materials she brings them to the forefront both conceptually and aesthetically, hereby changing their value and meaning. 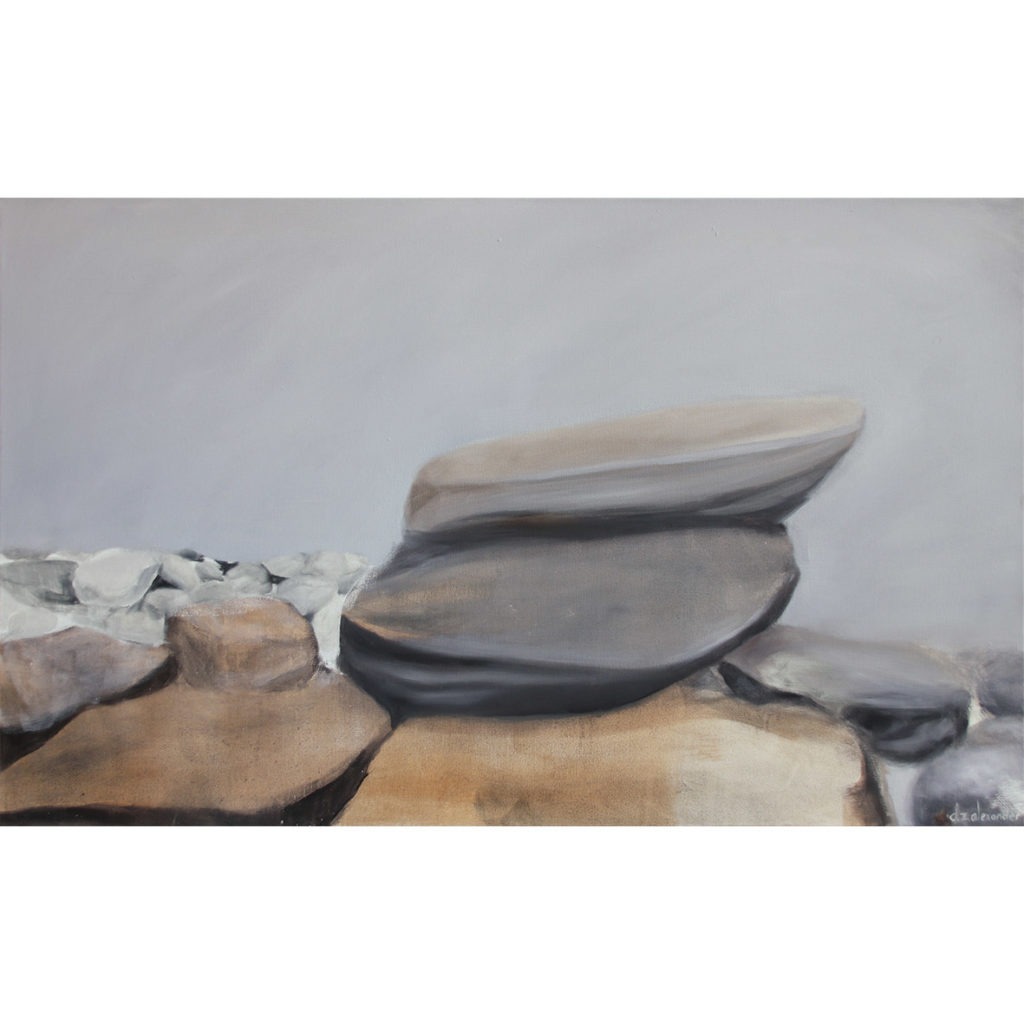 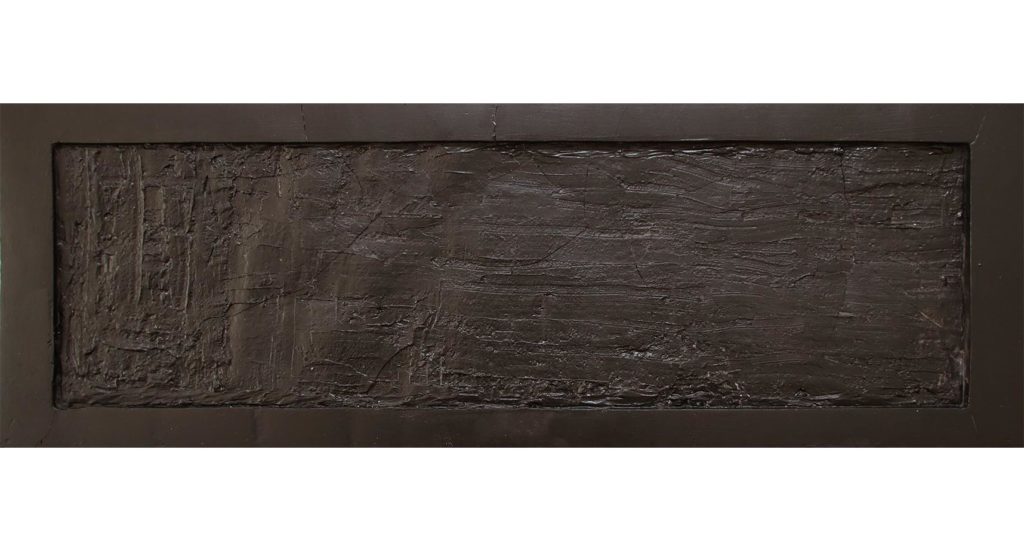 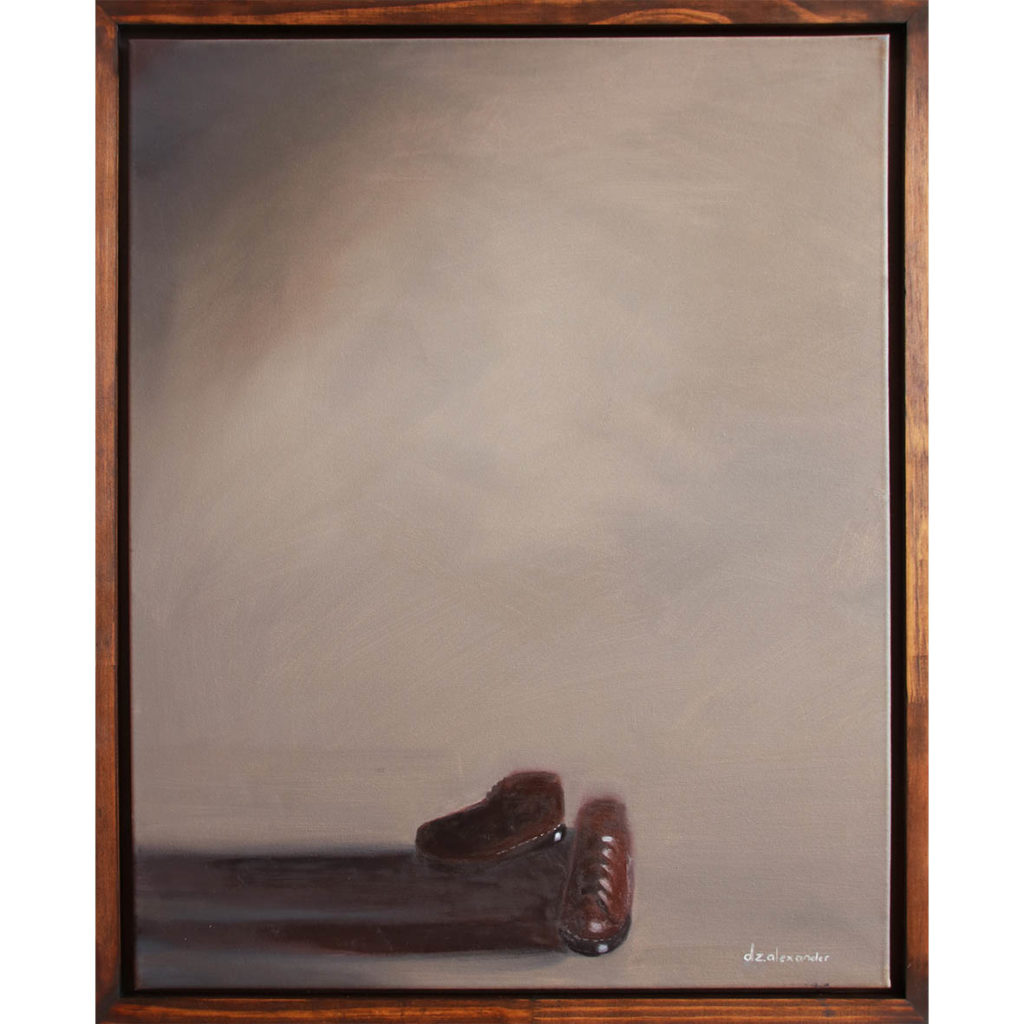 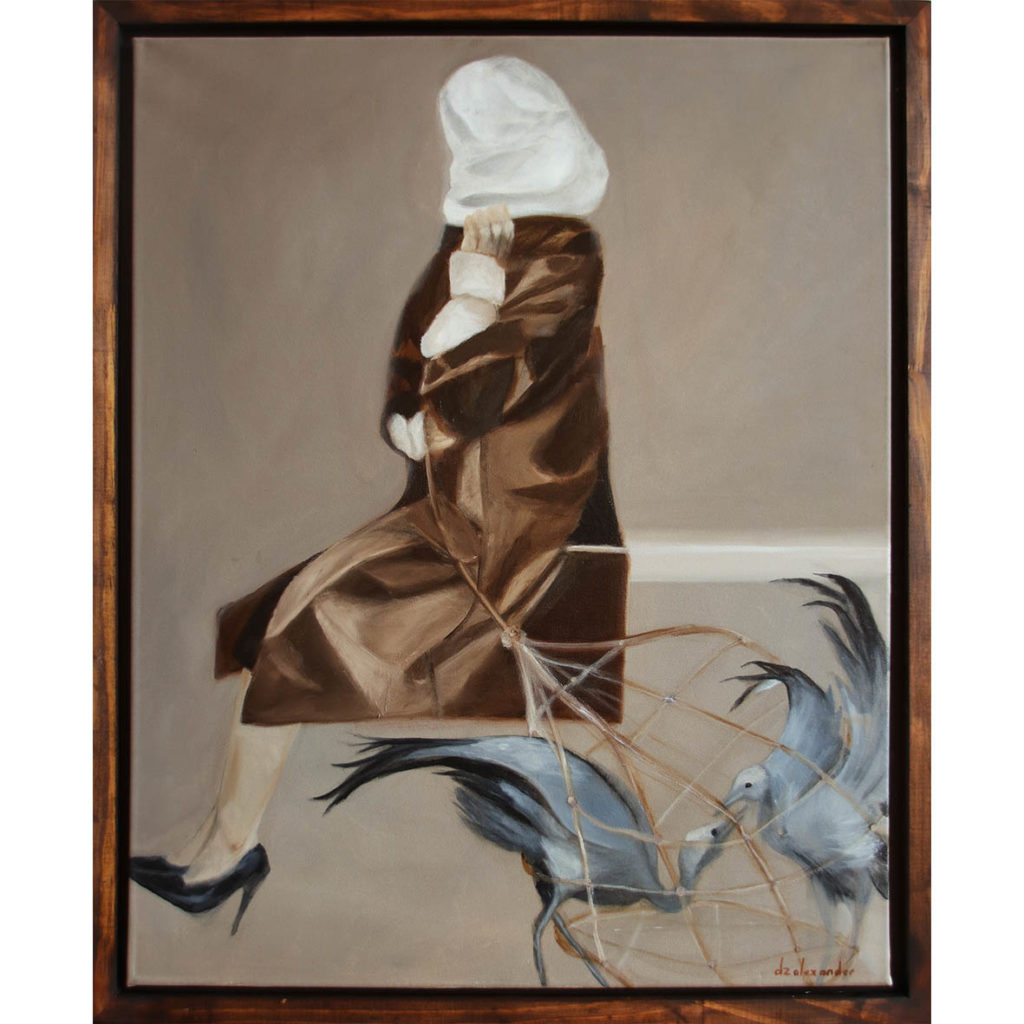 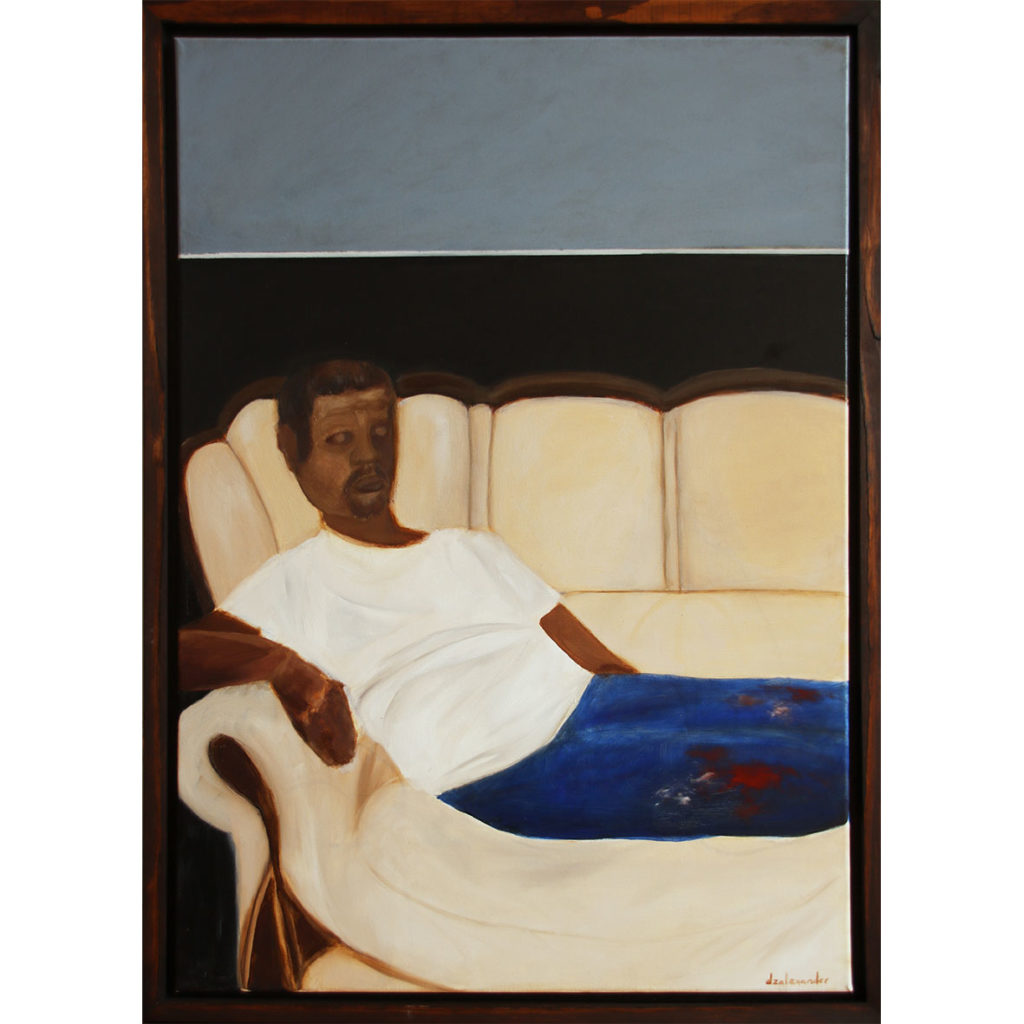 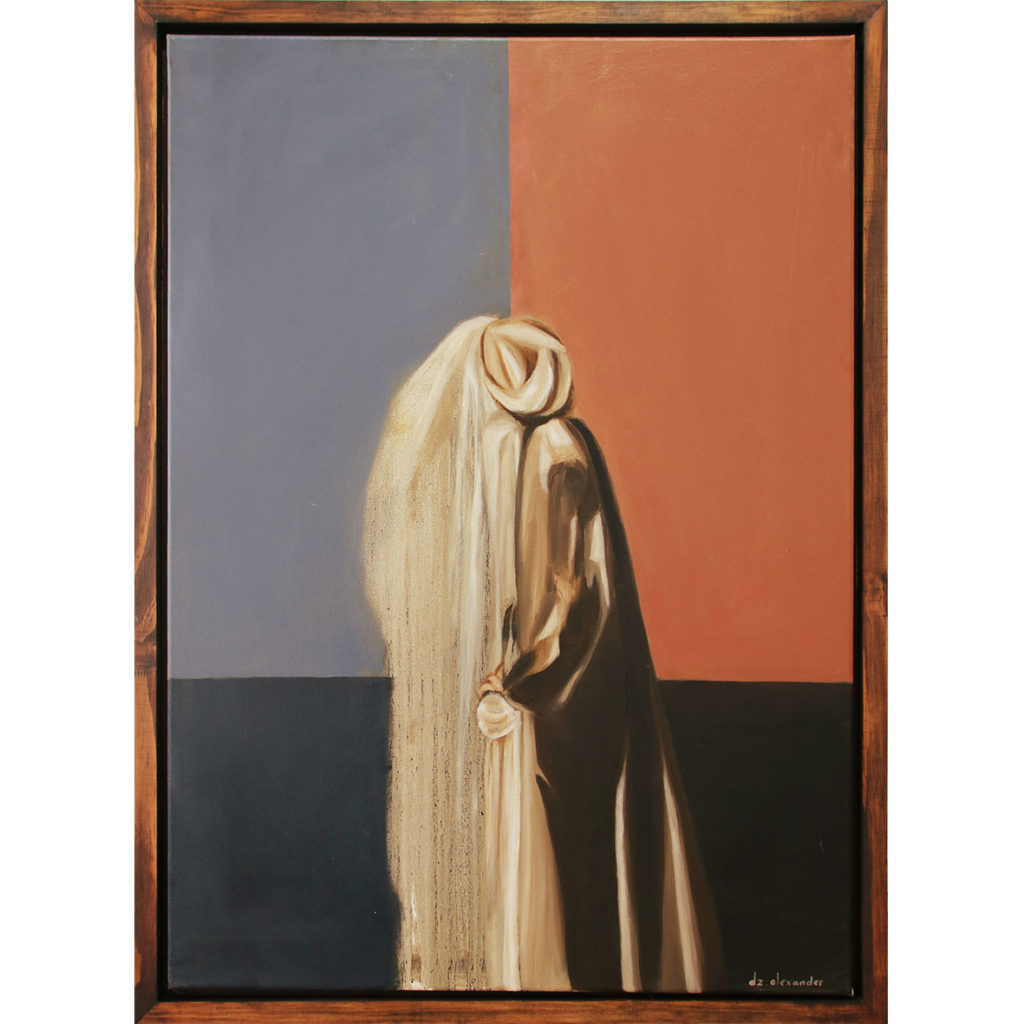 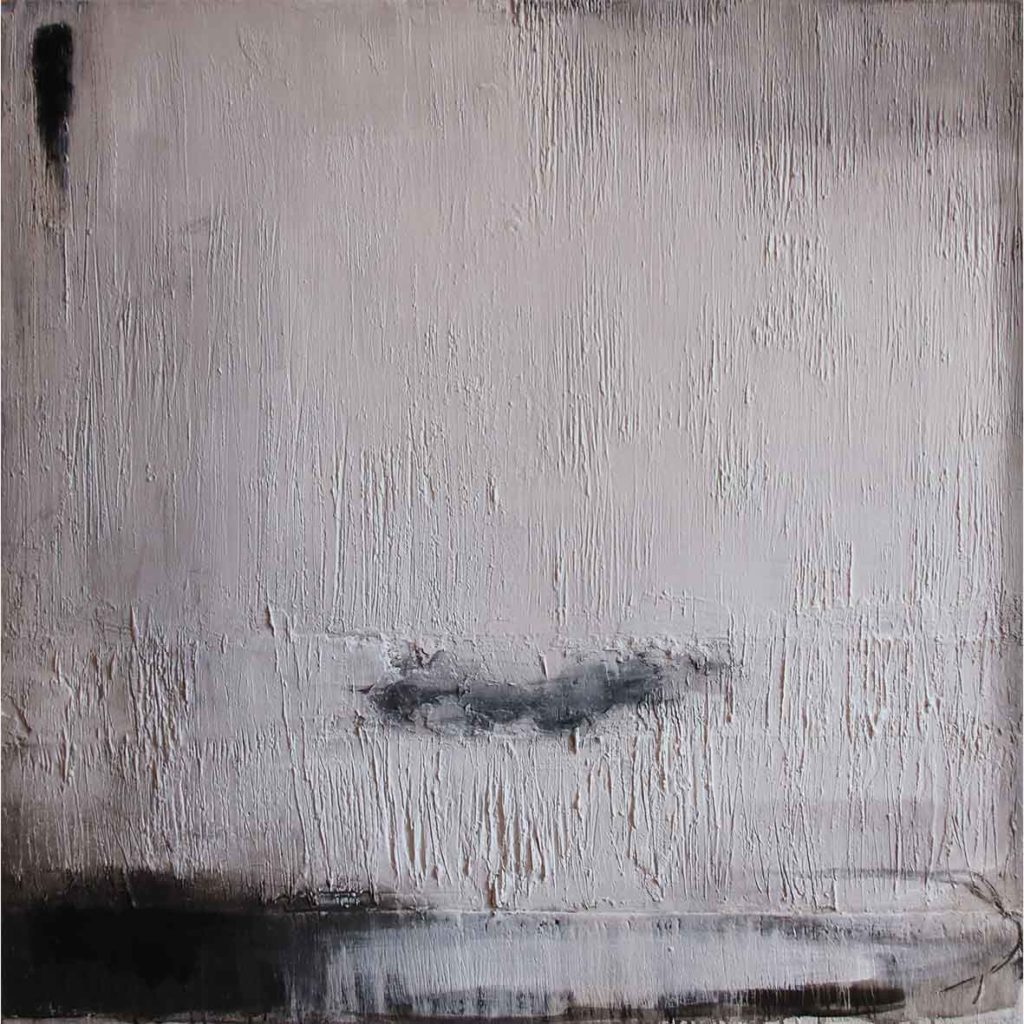 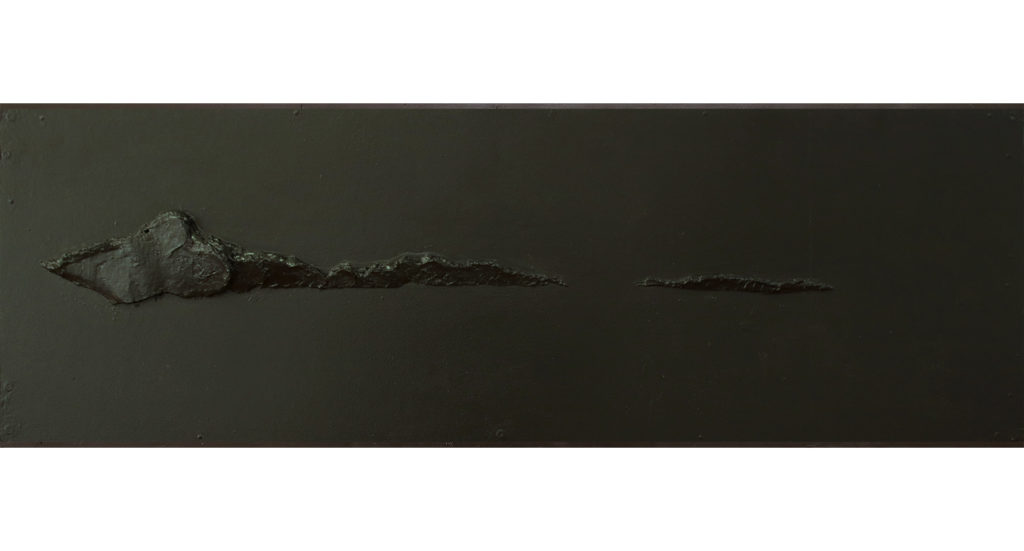 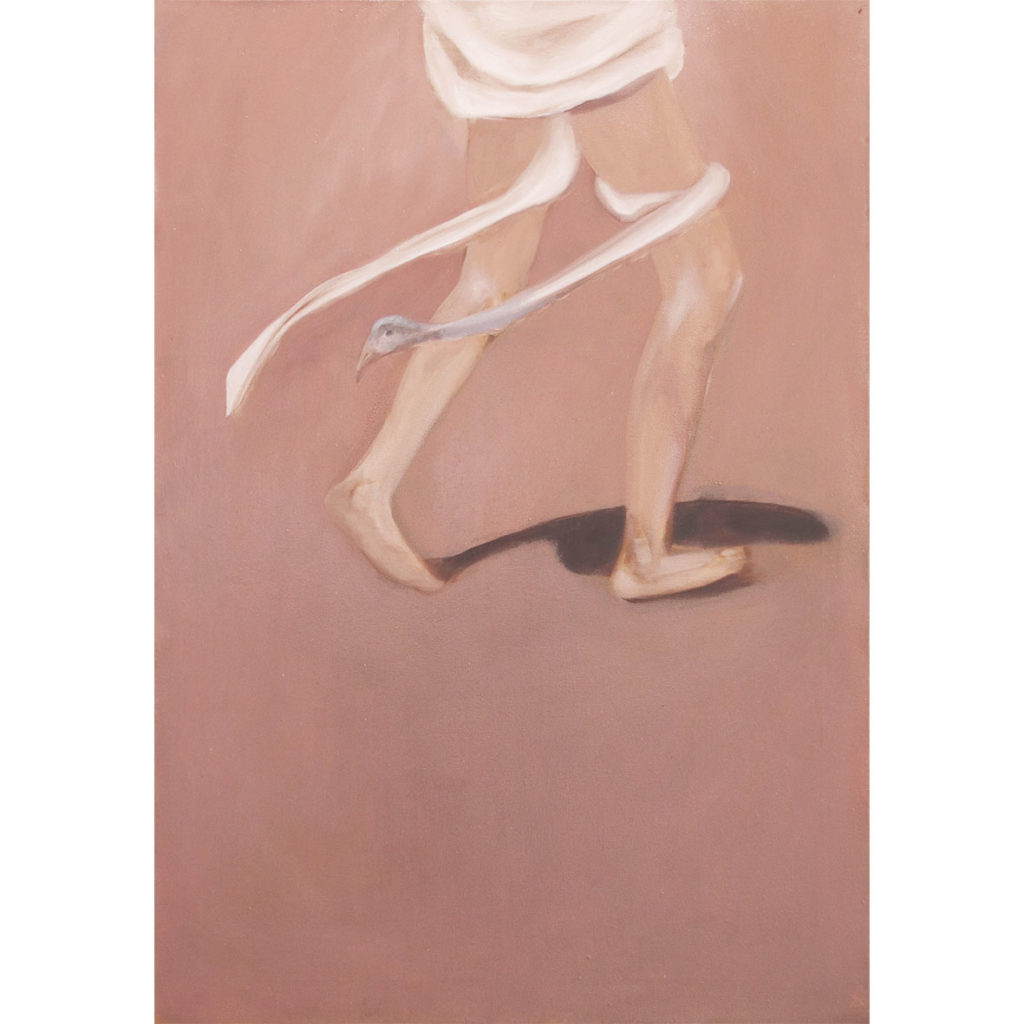 Danielle Zelna Alexander
But Have You Ever Tried To Run Through Sand?
2019
oil on canvas
120 x 120 cm 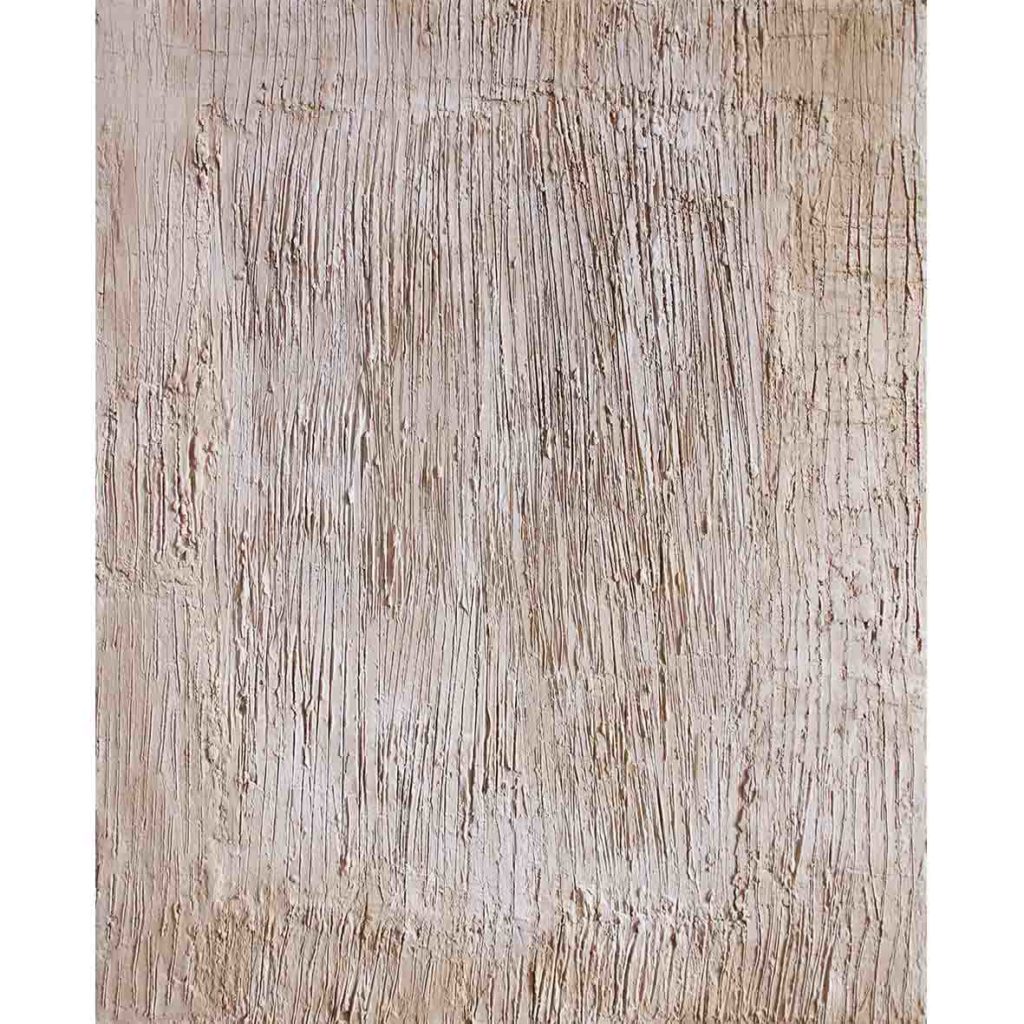 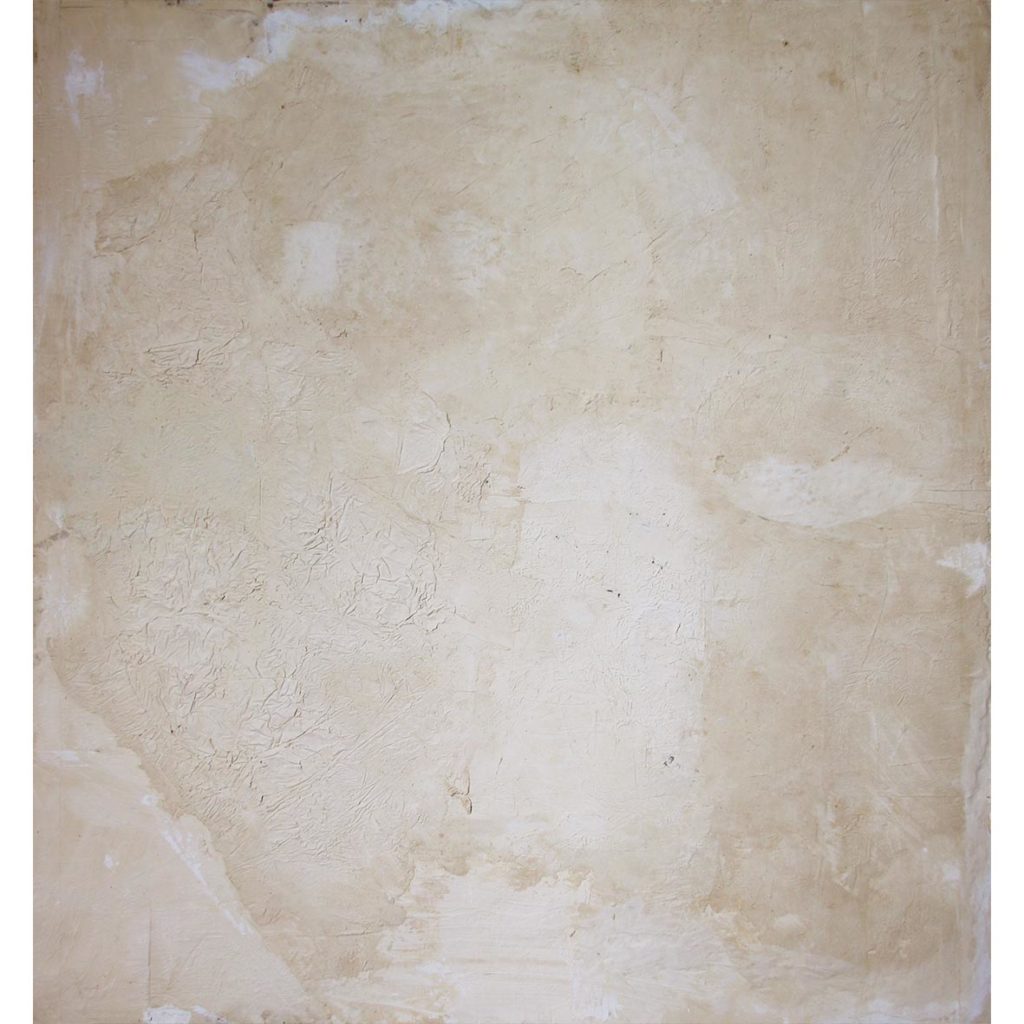 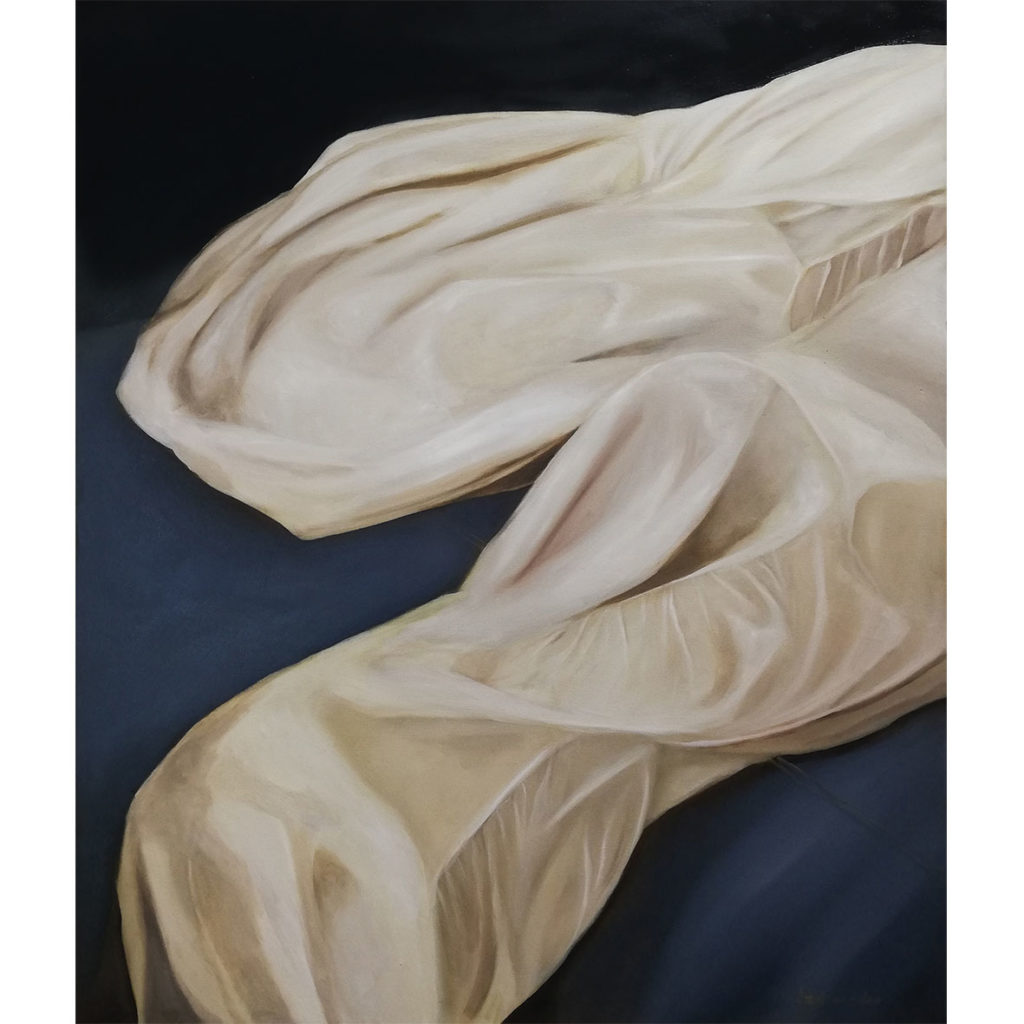 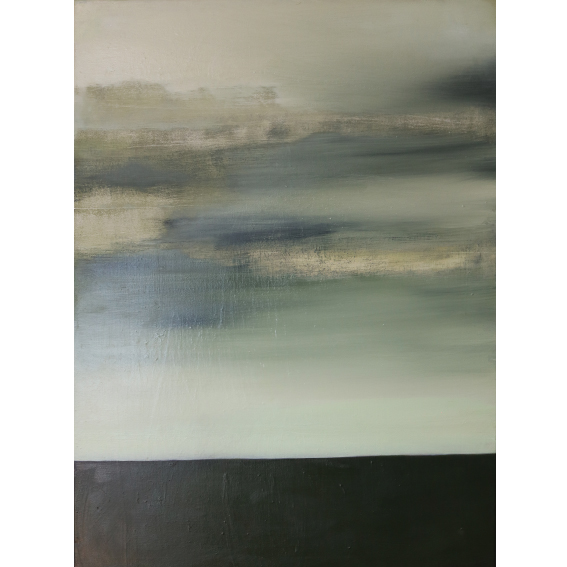 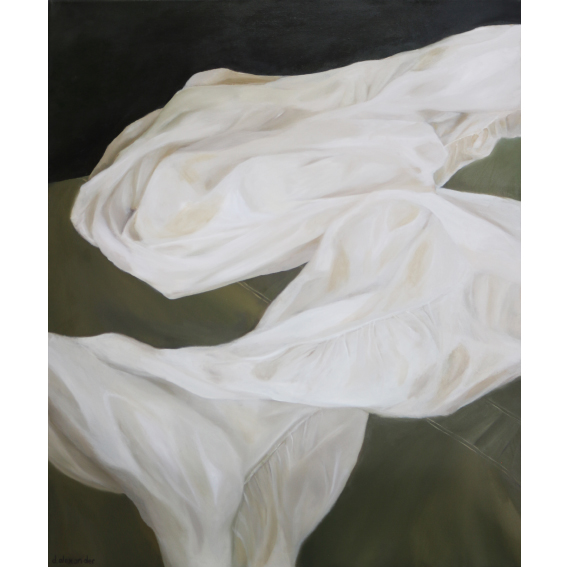 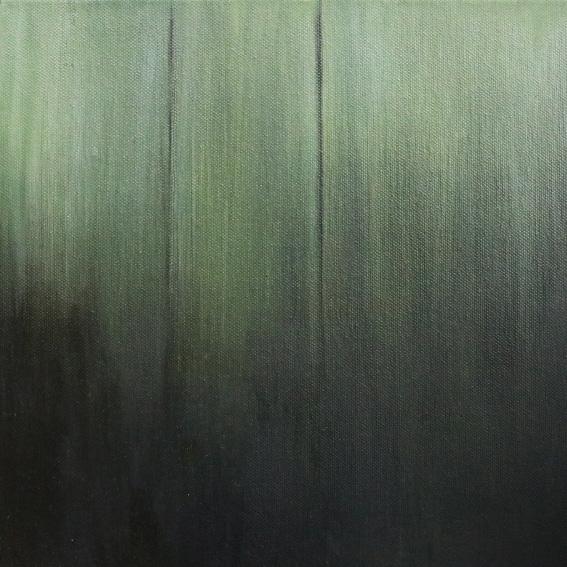 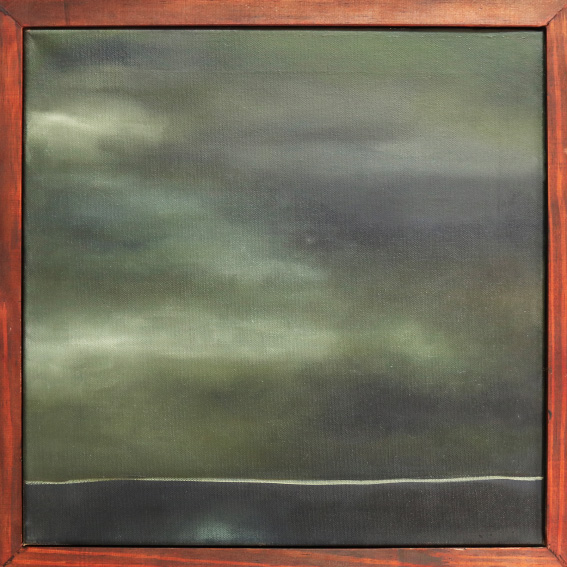 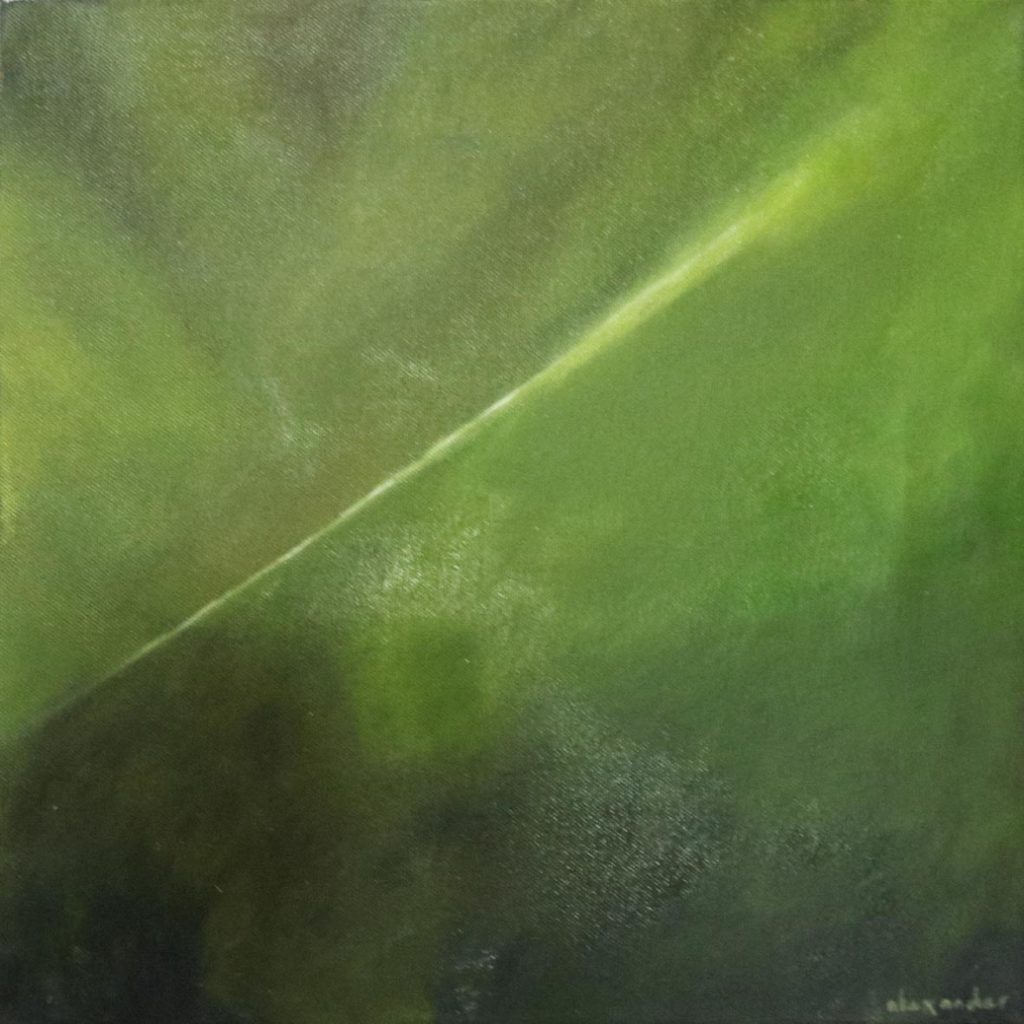 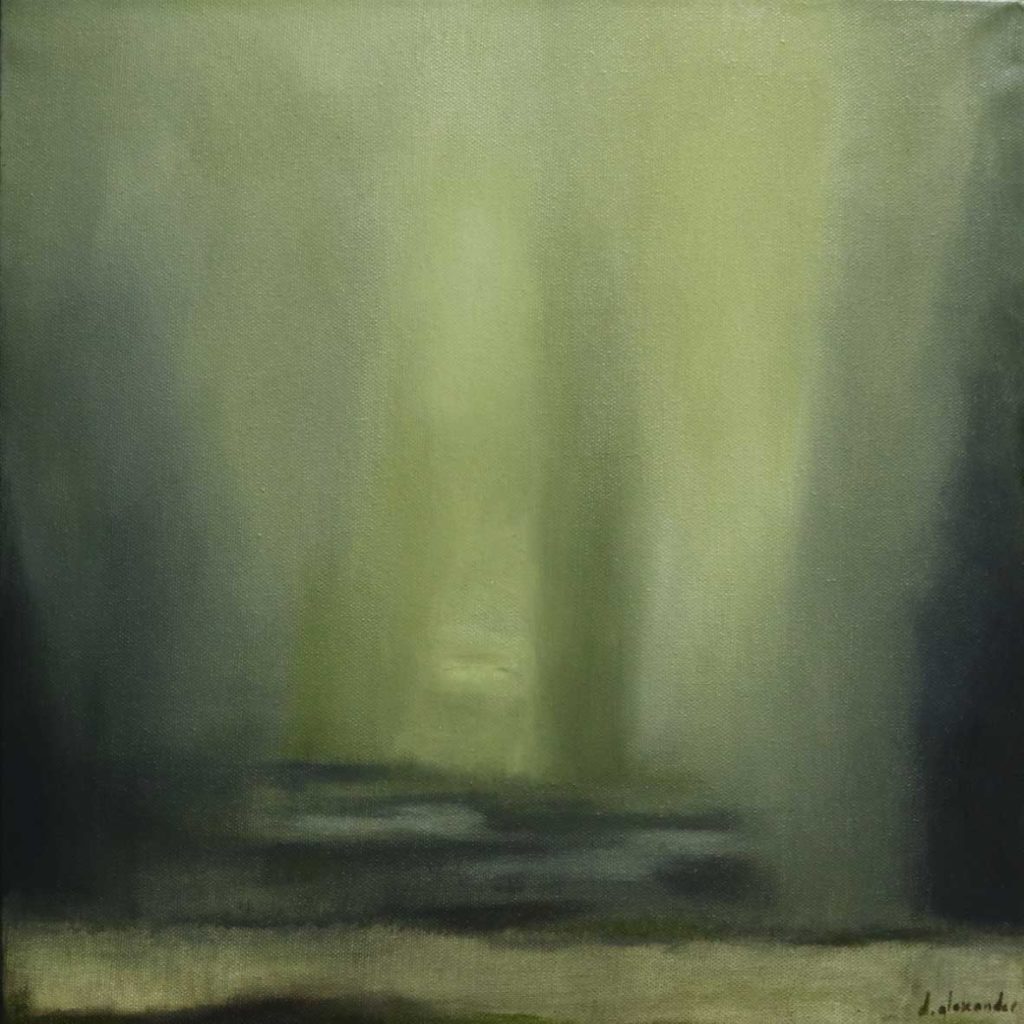 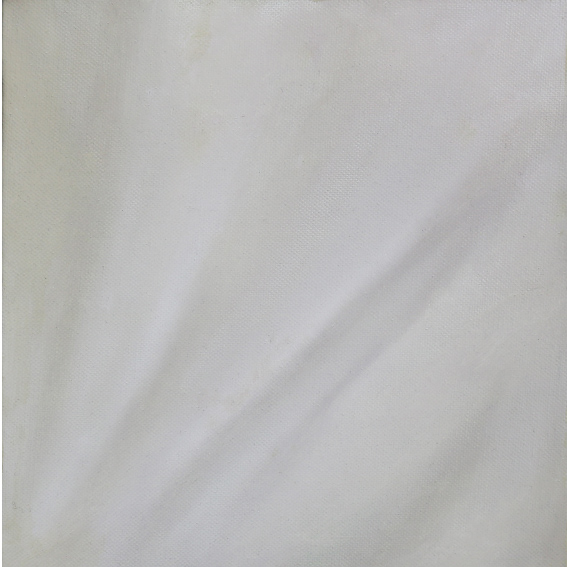 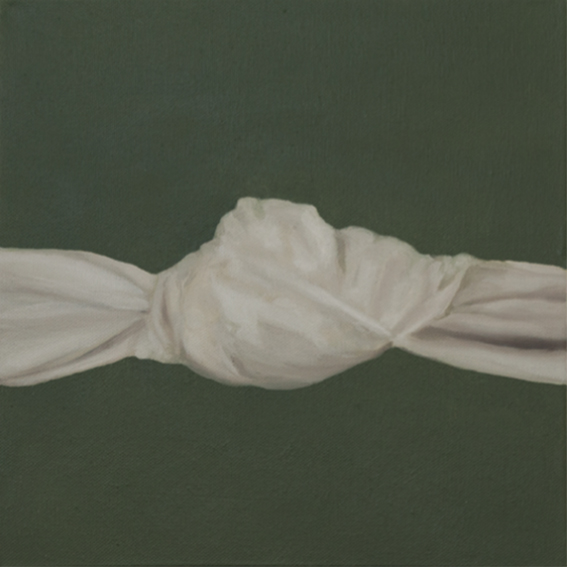 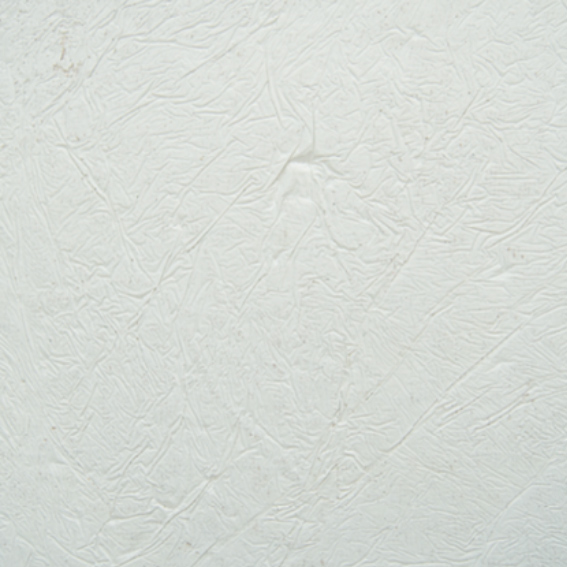 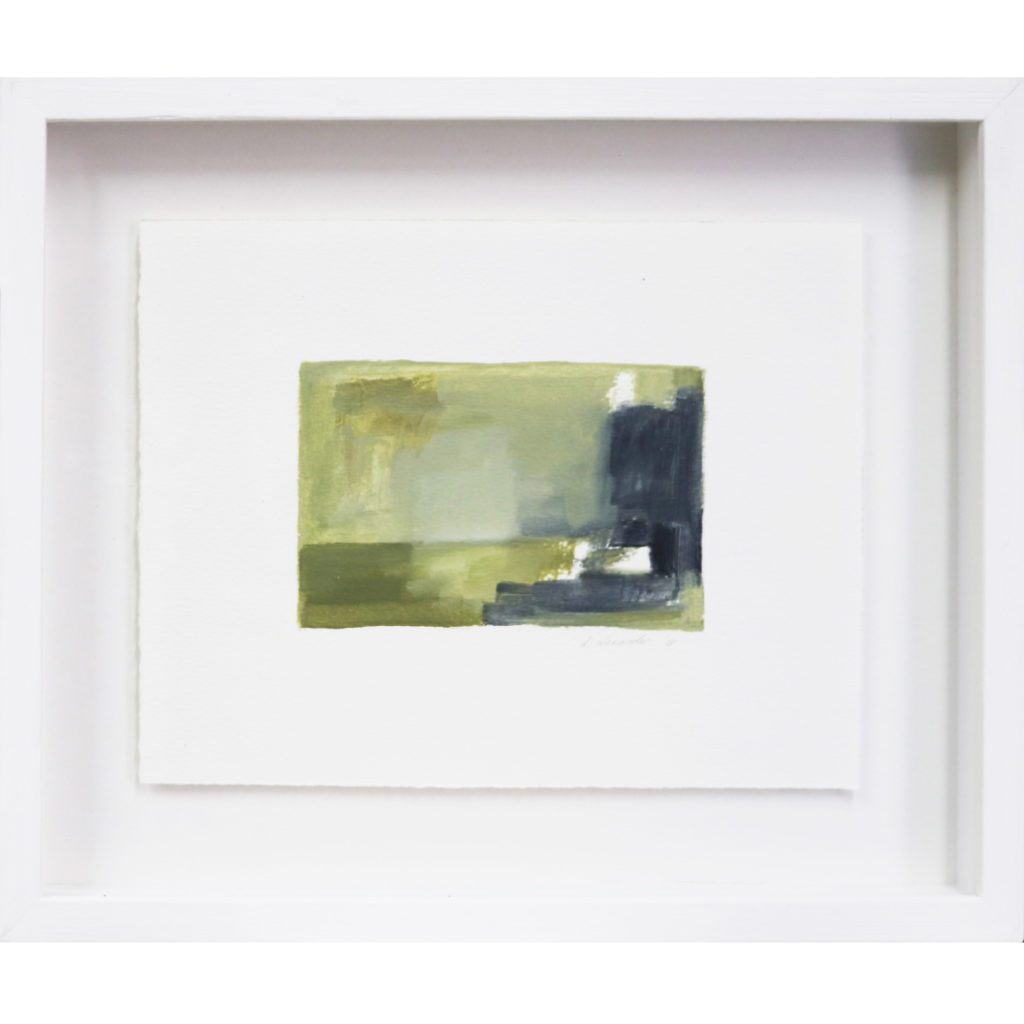 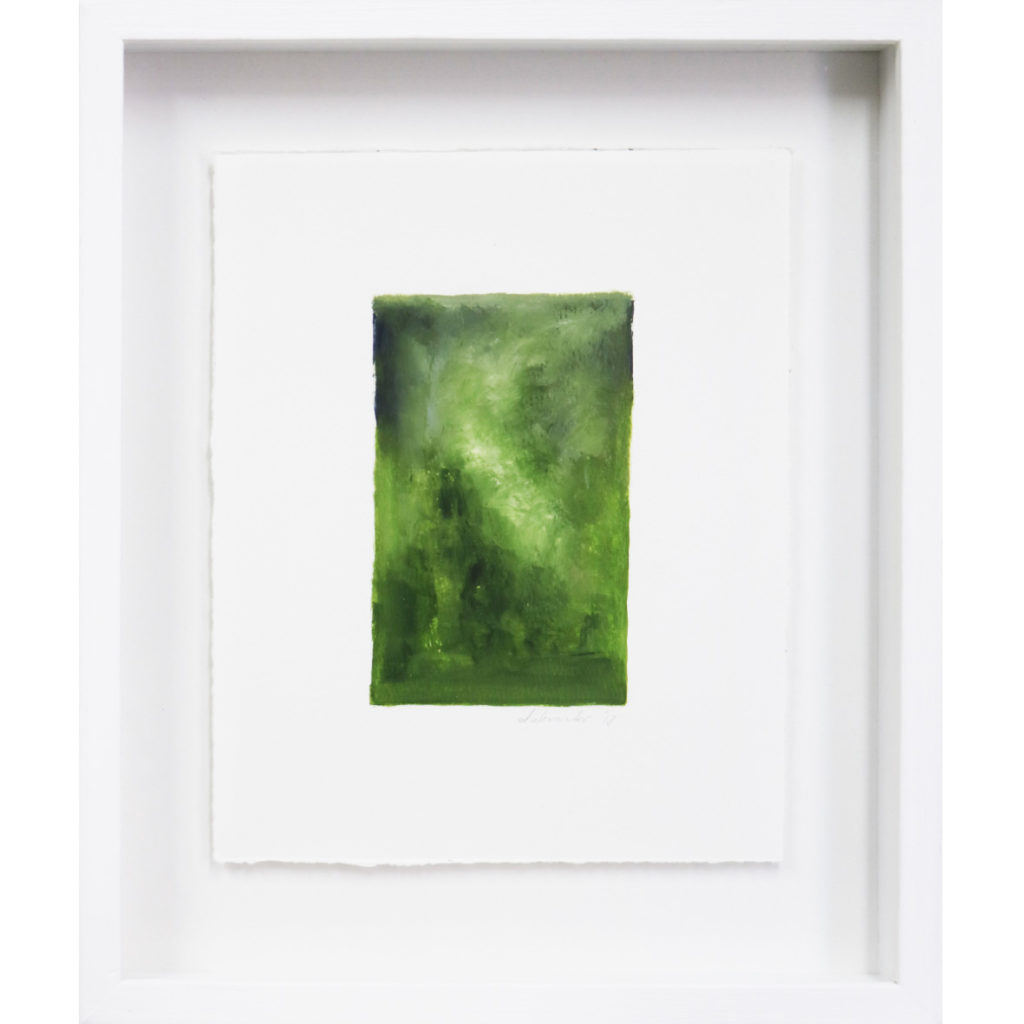 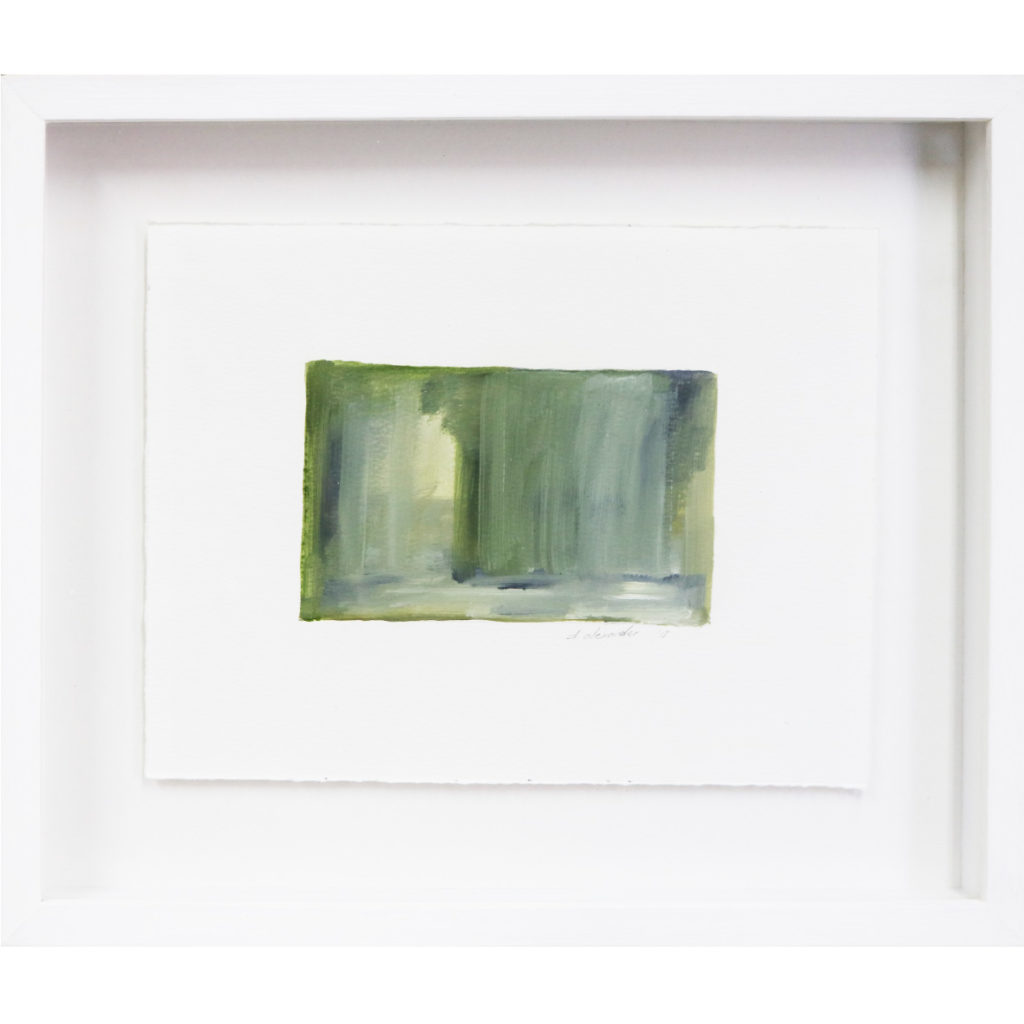