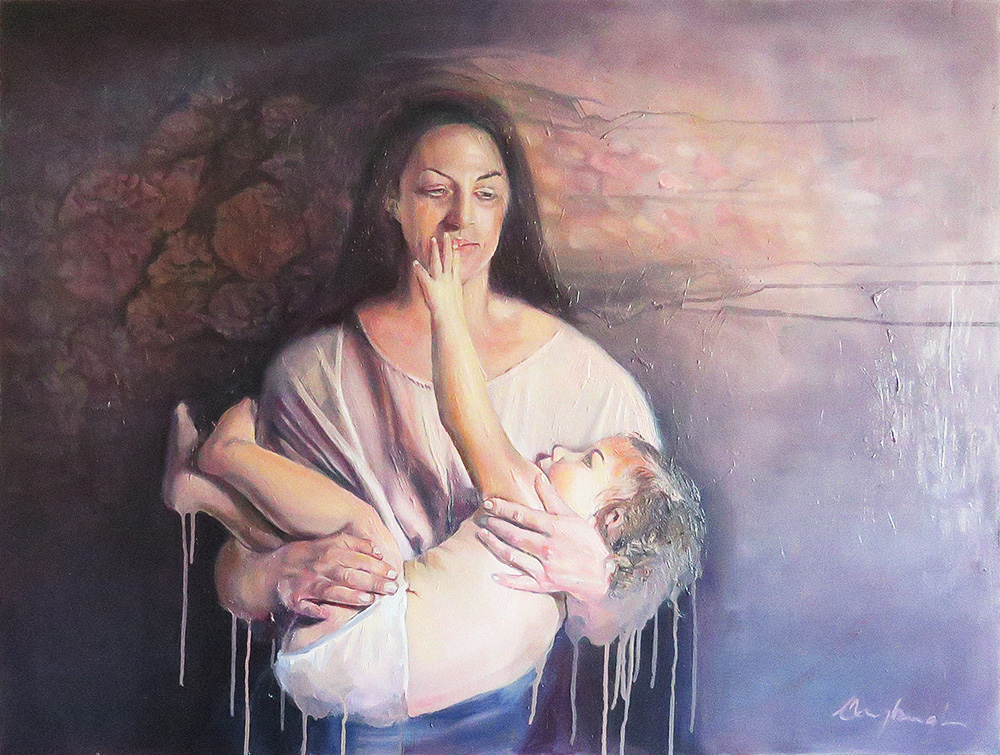 tableau vivant (often shortened to tableau, plural: tableaux vivants), French for ‘living picture’, is a static scene containing one or more actors or models. They are stationary and silent, usually in costume, carefully posed, with props and/or scenery, and may be theatrically lit. It thus combines aspects of theatre and the visual arts.

A tableau may either be ‘performed’ live, or depicted in painting, photography and sculpture, such as in many works of the Romantic, Aesthetic, Symbolist, Pre-Raphaelite, and Art Nouveau movements.

Christa Myburgh studied fine art at the University of Pretoria.

My favorite subject was life figure drawing with Carl Jeppe and ever since I have been fascinated with the representation of the human form in art. Therefor there is no wonder that I took up a position as Lecturer in life figure drawing at the University of Technology in Bloemfontein.

I participated in numerous group exhibitions and My work is part of the Telkom permanent exhibition, I also received a few rewards for example I was awarded  runner up for the south African magazine cover competition. I continue working on a figurative theme during my stay on the country side of Mpumalanga whereby I use local African ladies working in stores in Bethal as subject matter. I became very good friends with them.

During that time there was a monument erected for apartheids activist Nokothula Semilane whos remains where never found.

I often included sketches of Nokuthula Semilane in combination with my friends portraits. Andile whom I used very often as subject matter was killed by her boyfriend. I often listen to their stories and their dreams and aspirations. It is so unfortunate that Andile’s dreams never came true. I on the other hand had the opportunity to move to Cape Town where I currently teach art at the German International school . My subject matter changed due to the fact that we relocated. I started of as a teacher in Mitchells plain.  During that time a French drama group visited the school .they performed a silent play telling the story of parents looking for their child only to discover that their child has died.  A silent play is also called a tableau vivant.

It was during this time that one of my students were brutally murdered over a weekend for his bicycle.

I am a single mother of two children. Their dependency on me and my responsibility towards them became a crucial fact in my existence. As I continue my journey residing in Cape Town I get to meet numerous mothers solemnly caring for their children. My artworks are stories reflecting on our life in Cape Town. They are tableau vivant reflecting my family as human beings, vulnerably exposed. 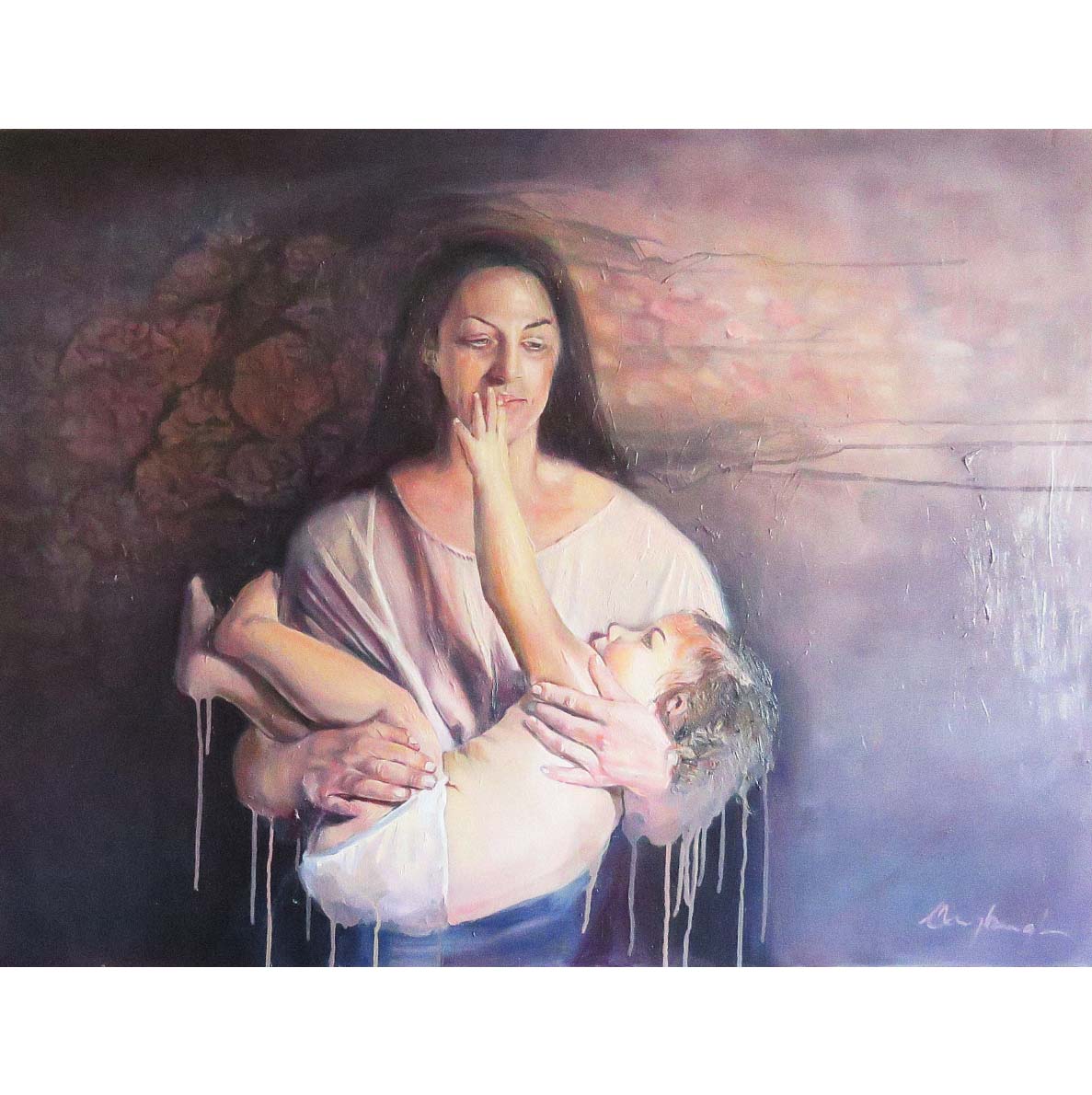 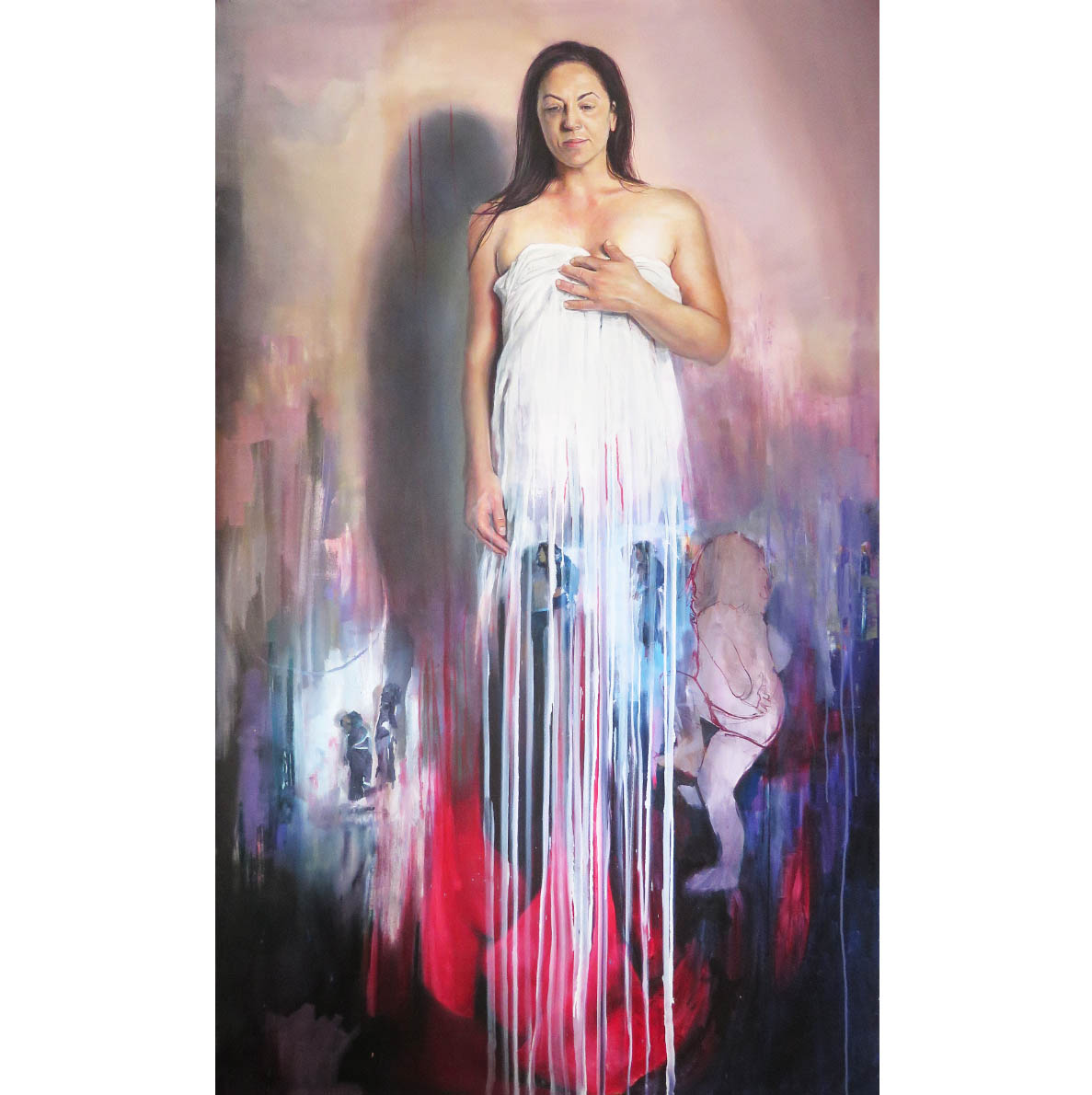 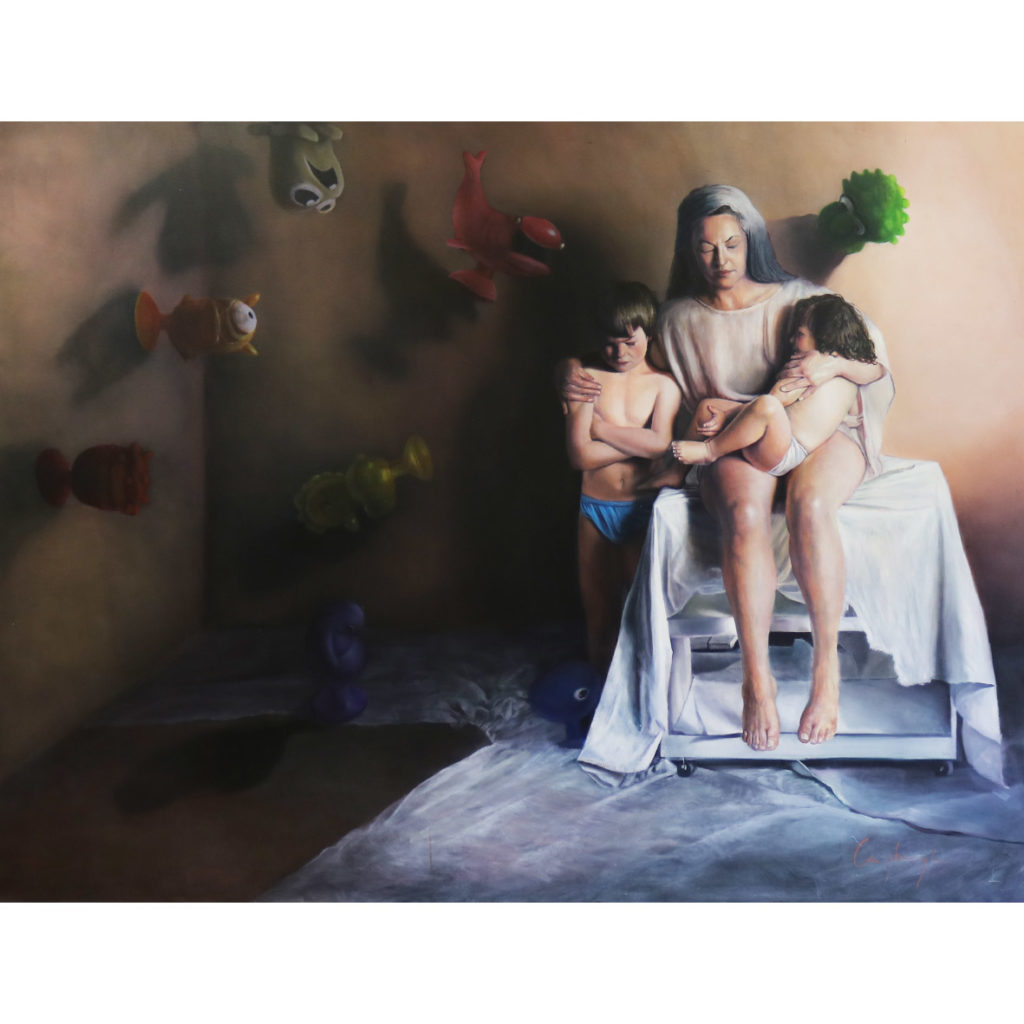 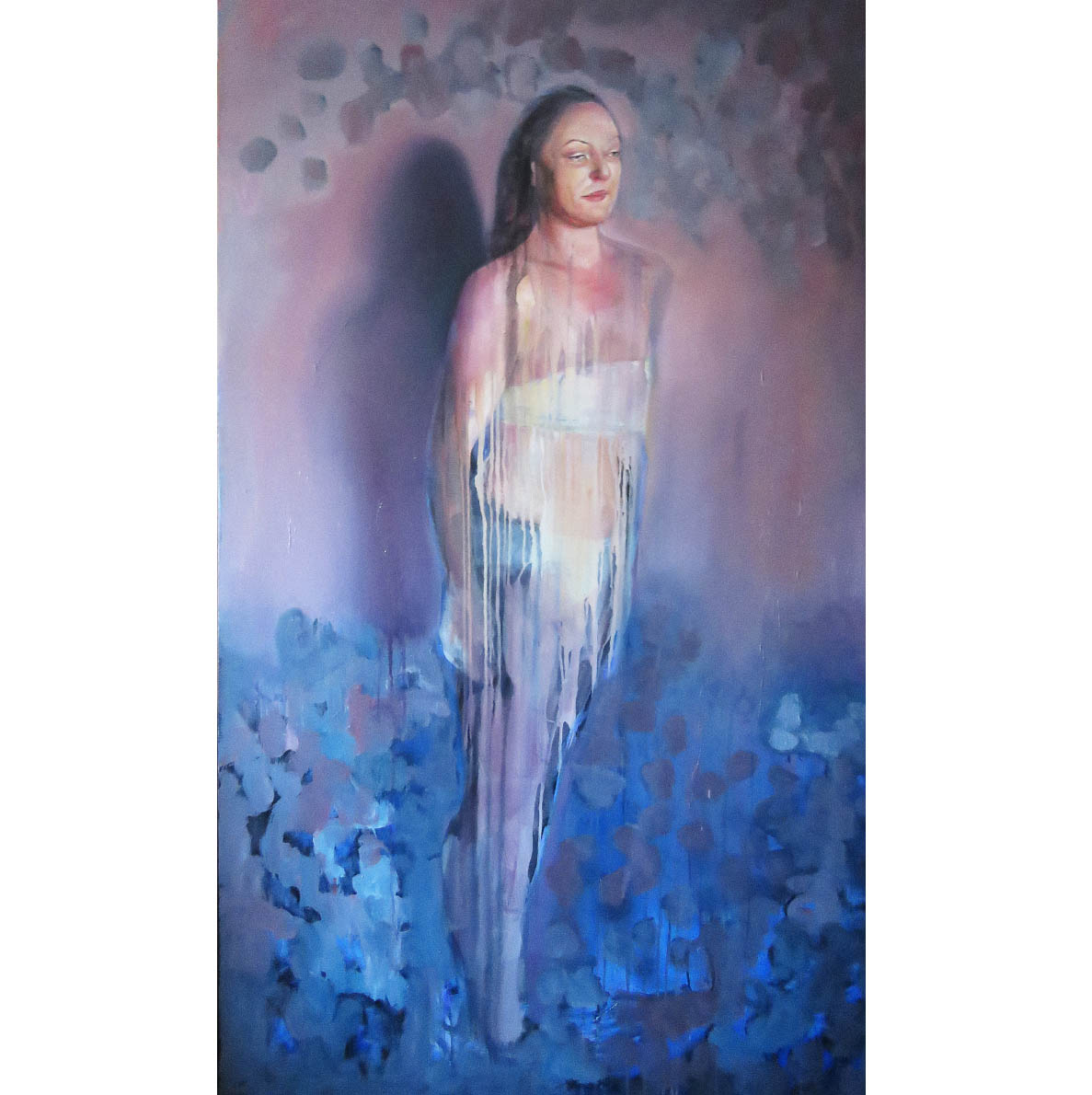 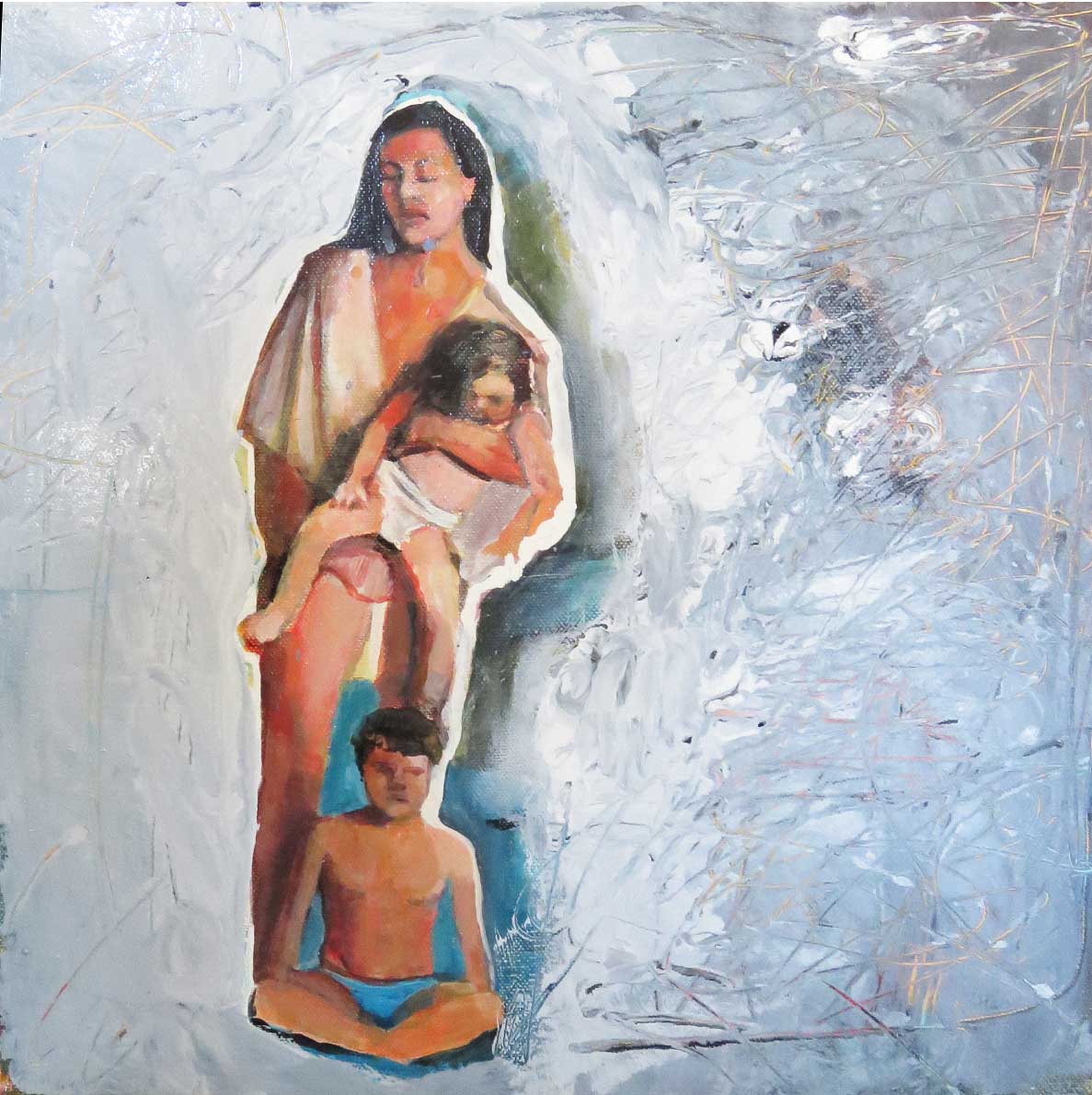 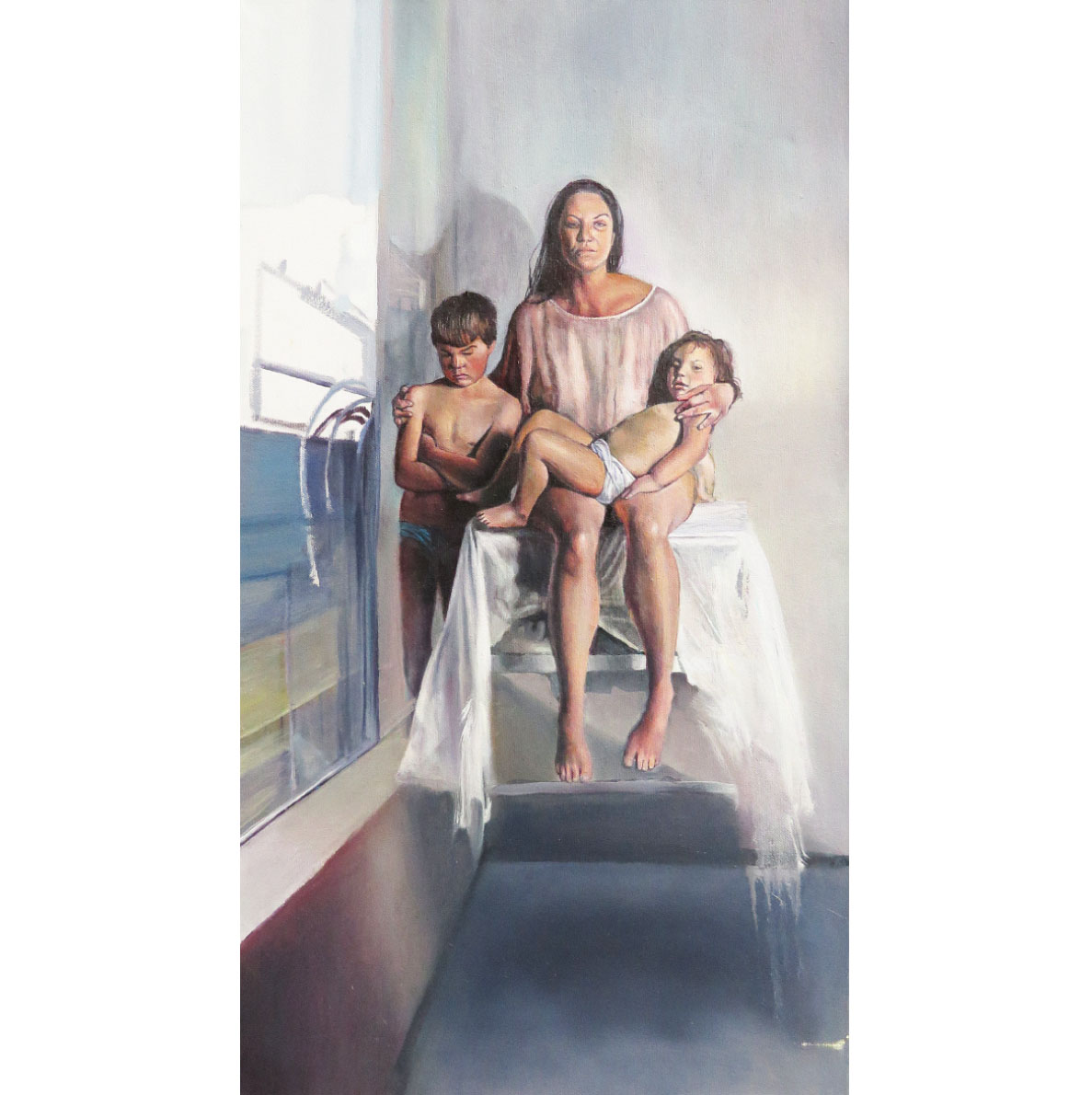 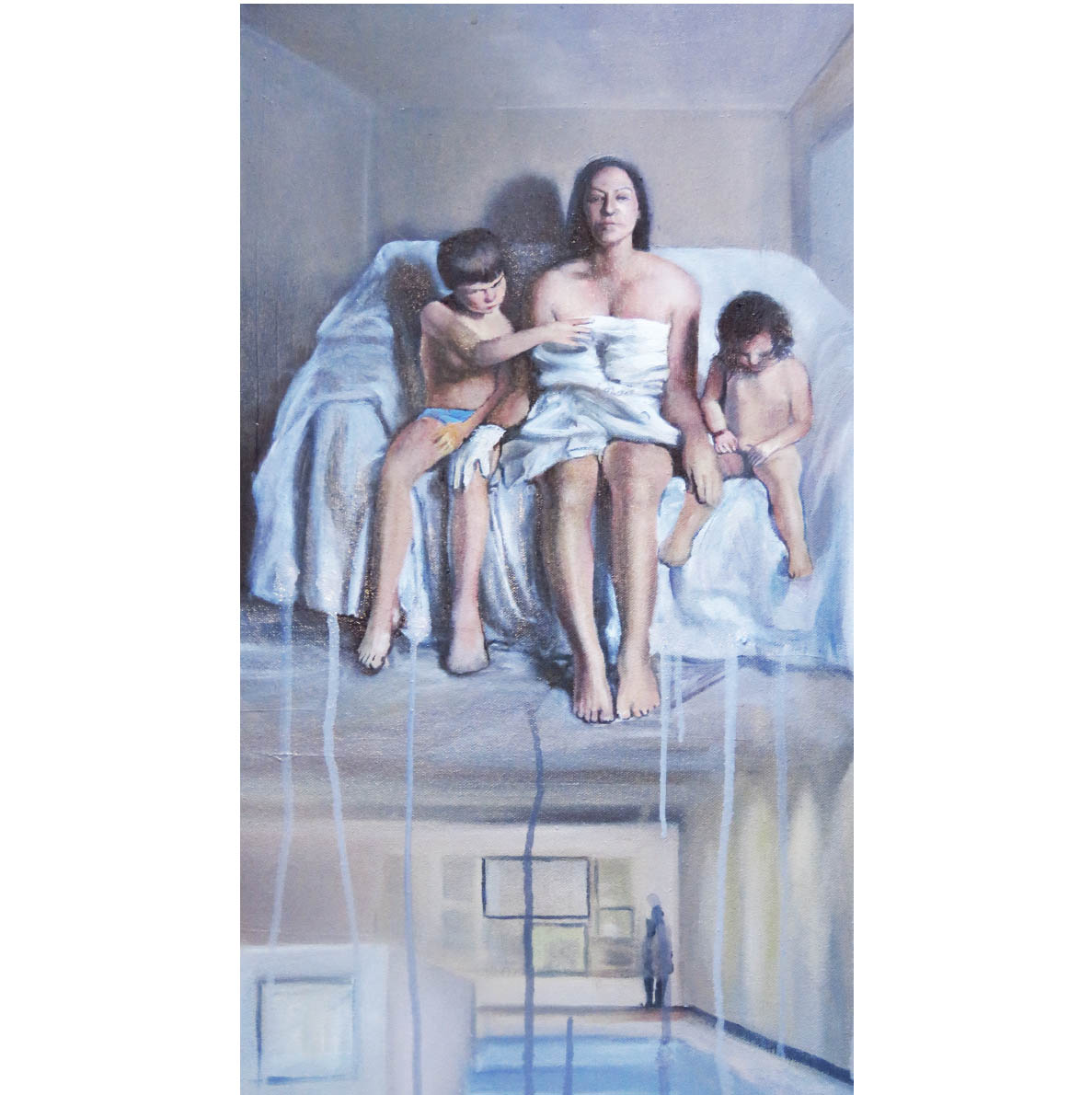 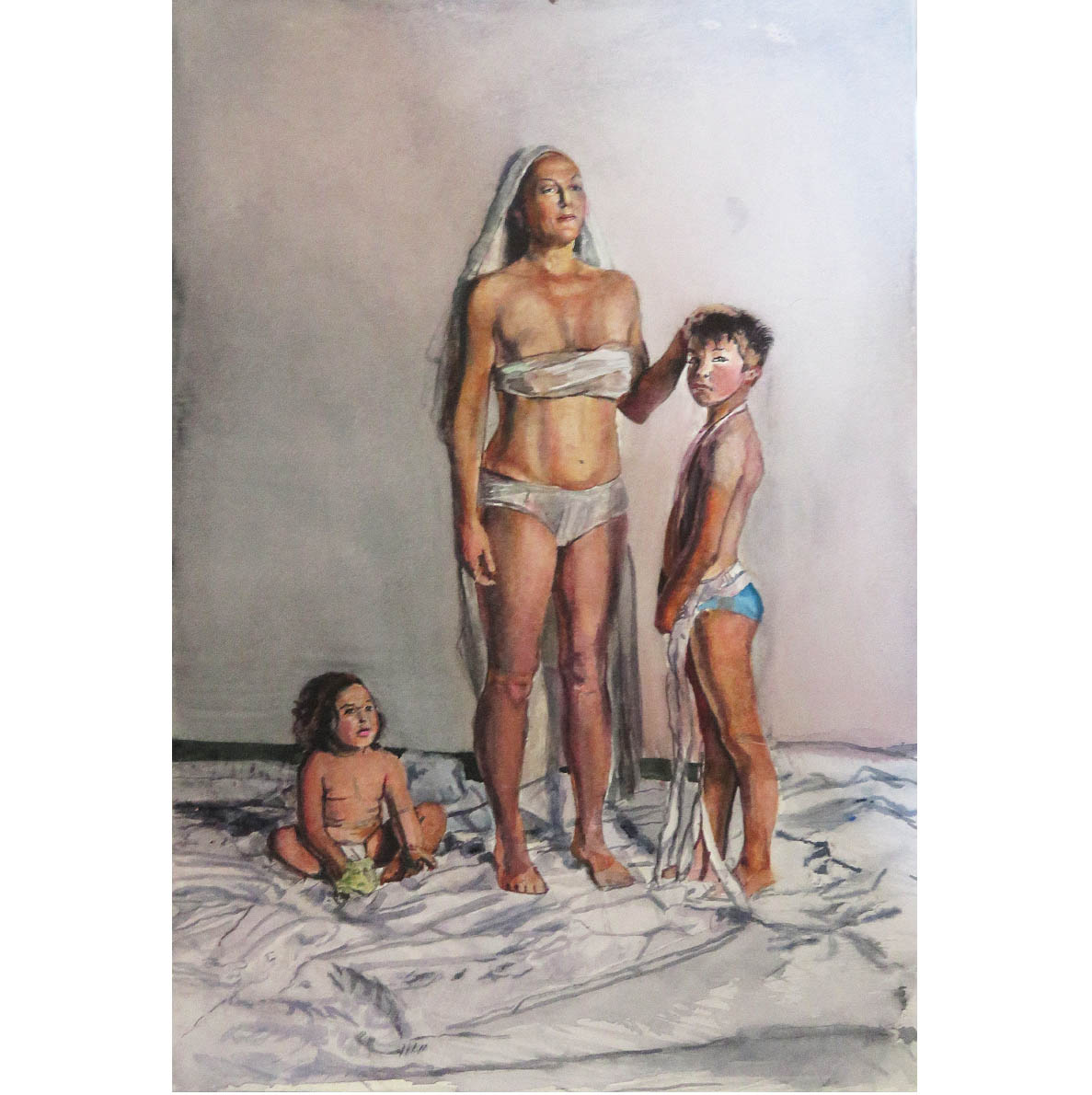 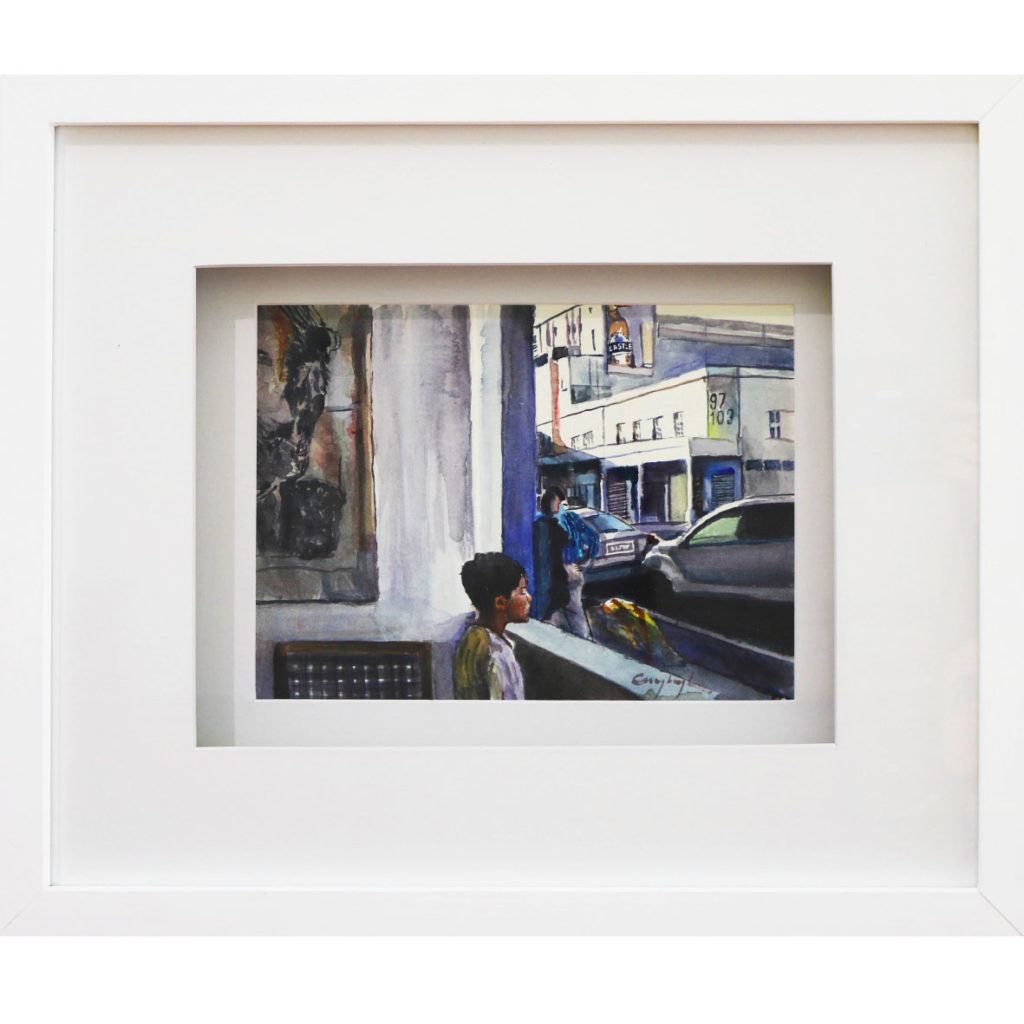 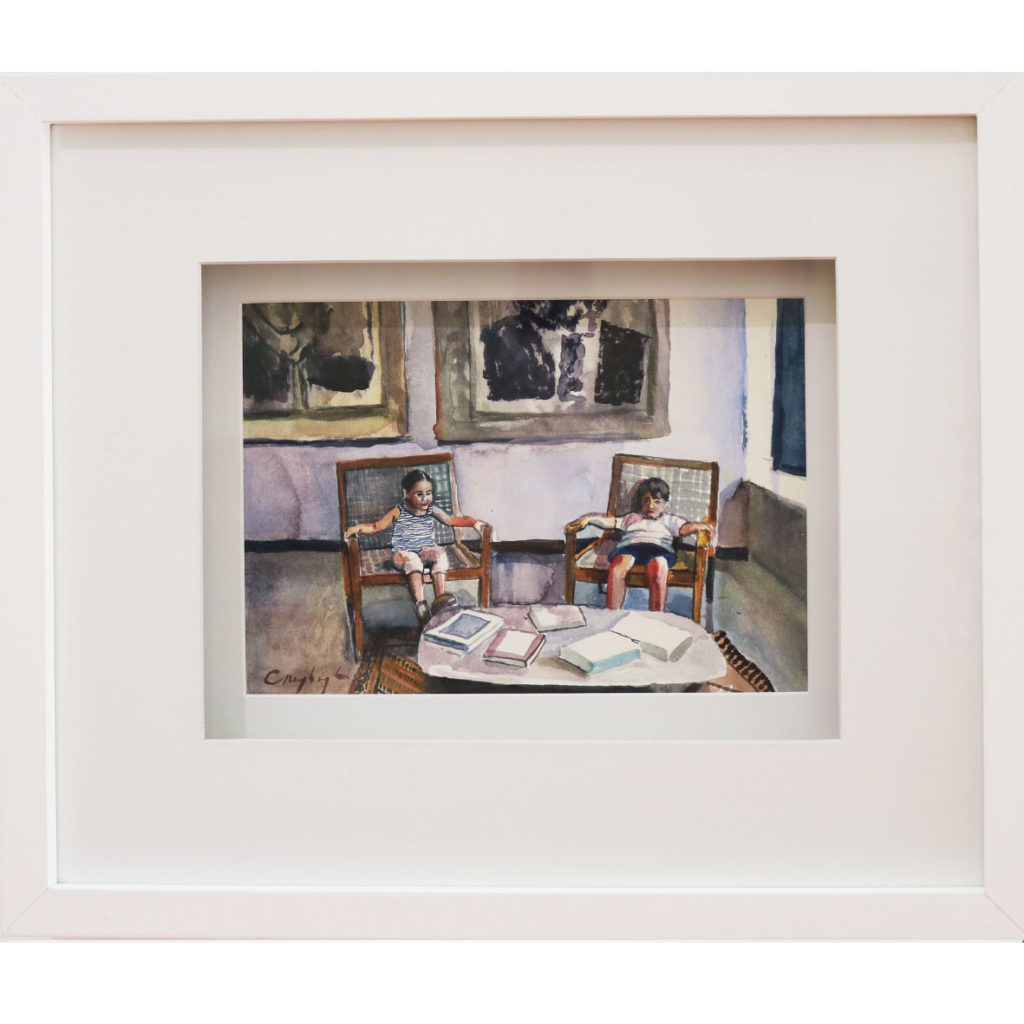 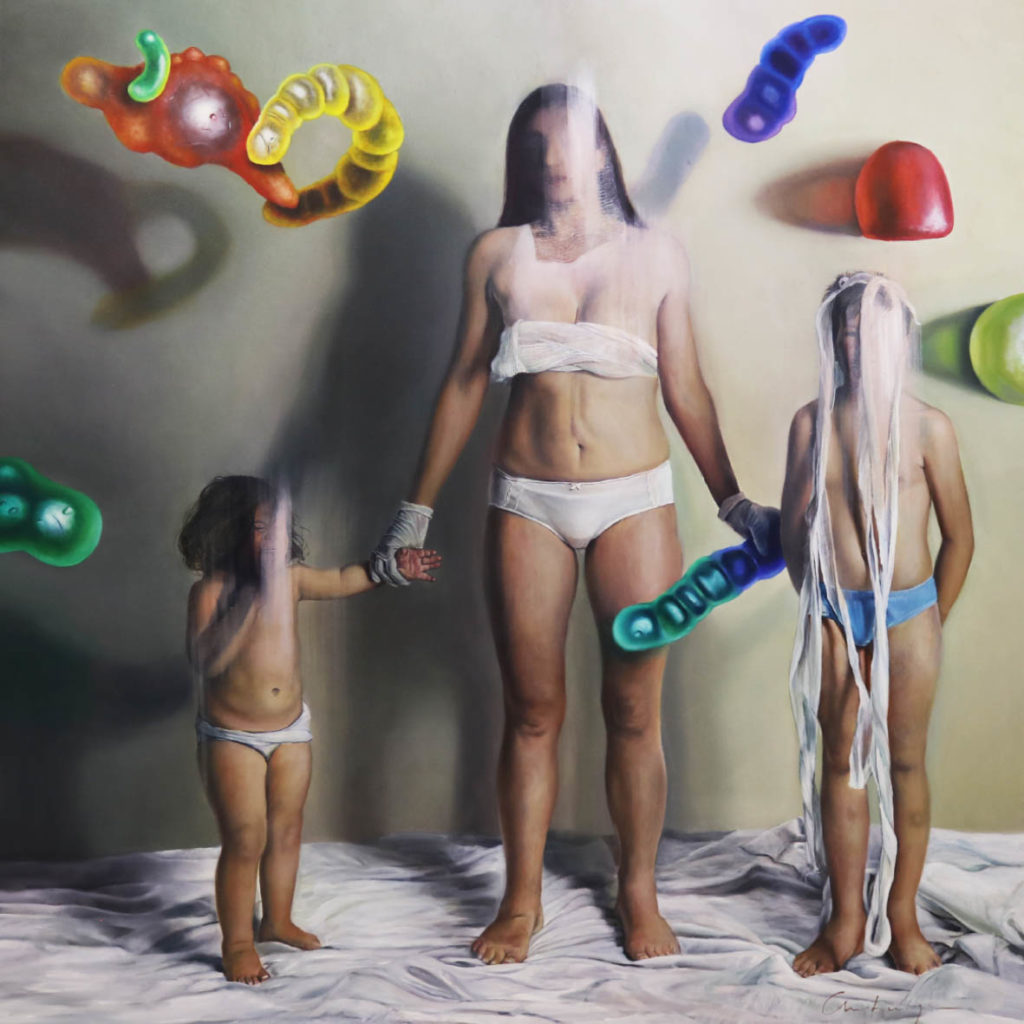 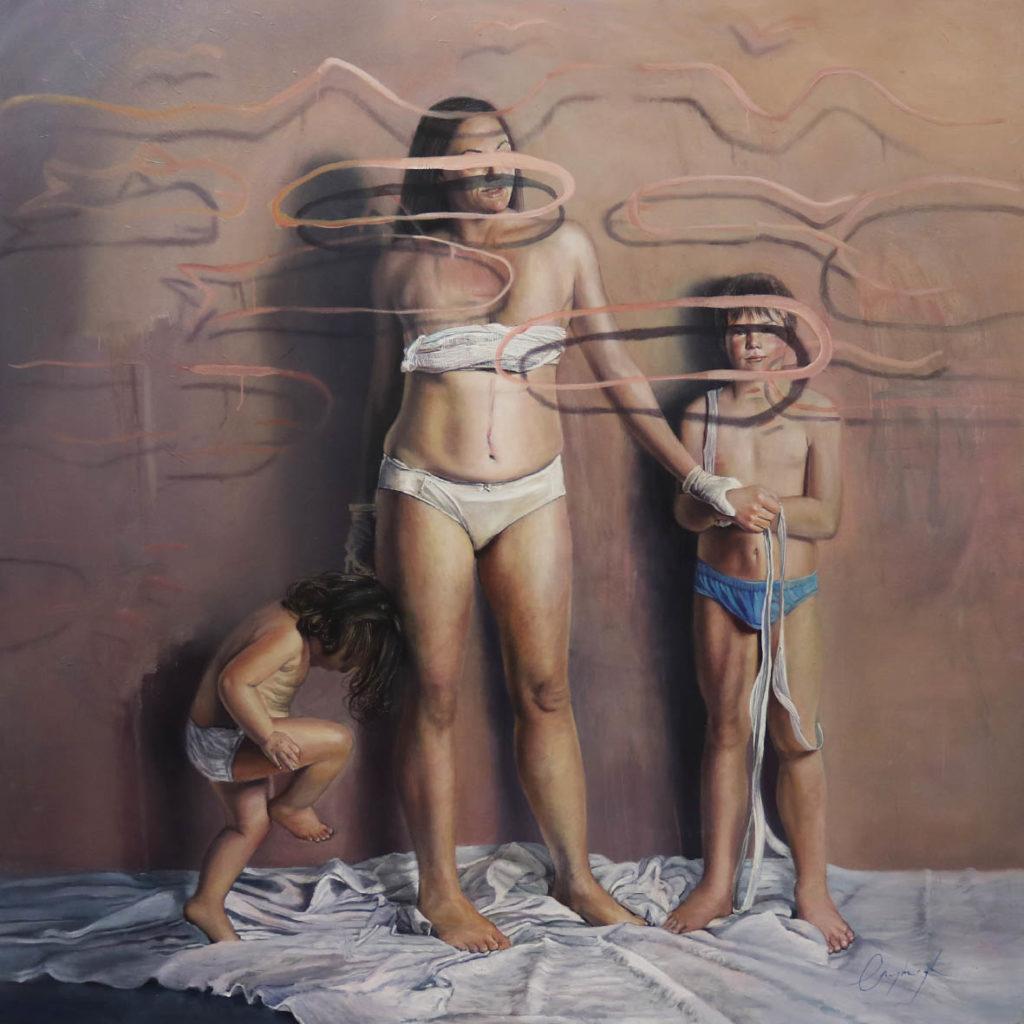 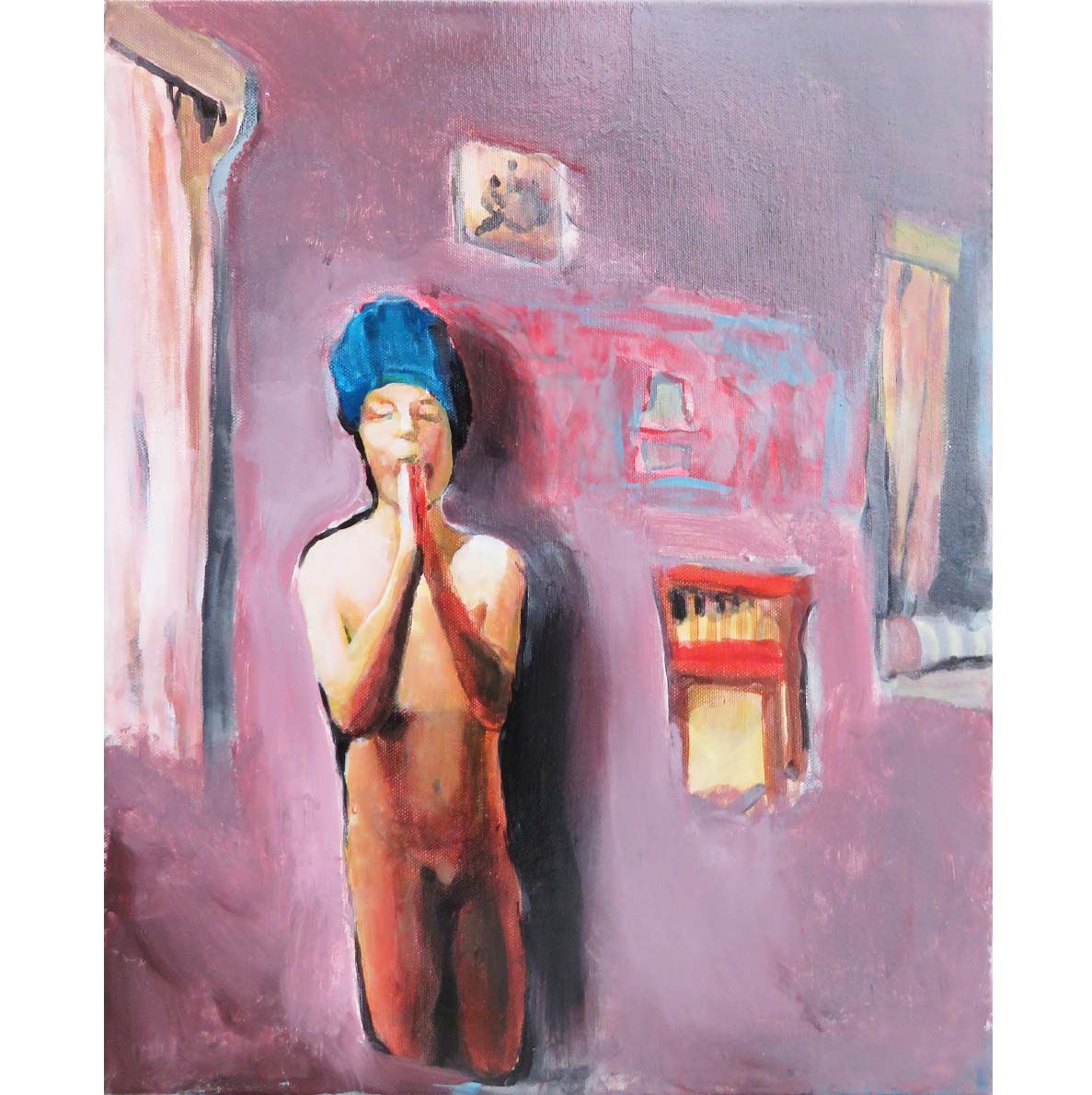 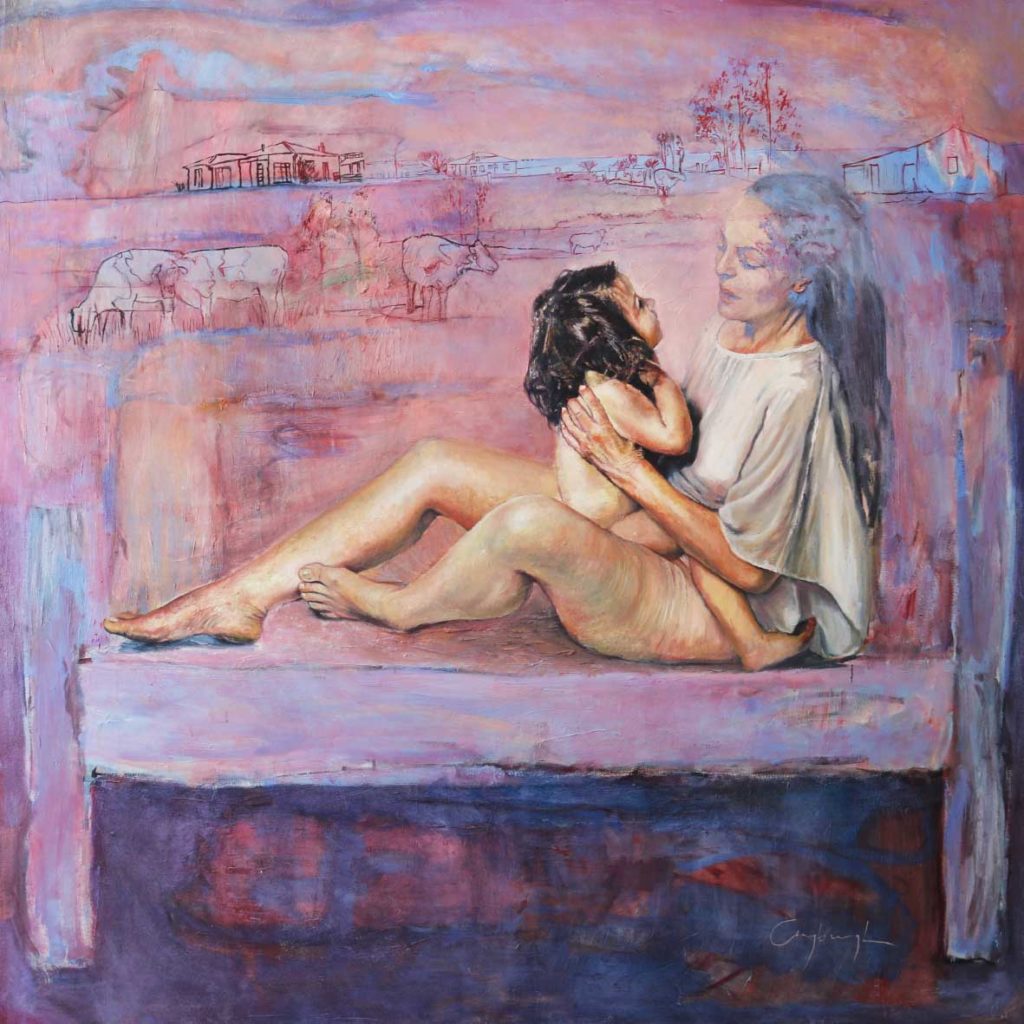