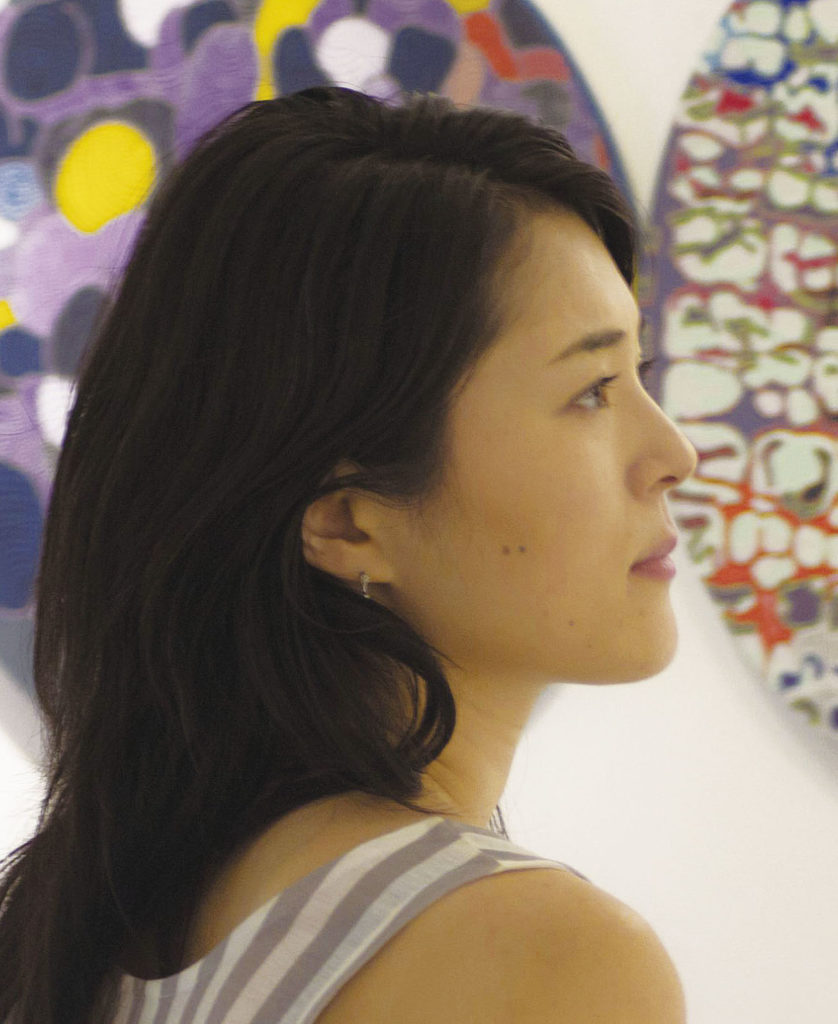 Japanese artist, Asuka Nirasawa, obtained her BA in Fine Arts at the Tokyo National University of Fine Arts and Music, where she majored in painting and printmaking. She has had numerous projects, group and solo shows in Japan and other countries such as India and South Africa. In 2015, she had a residency with Cape Town’s local Bag Factory, where she first was exposed and inspired by African fabrics.

Nirasawa’s travels have had a great influence on her practice stylistically. She has been influenced by the architecture of Amsterdam, the graffiti in Rome and largely by fabrics of various eastern countries. This aesthetic stimulus can easily be seen in her works on the cells. The meticulous detail articulates the biological complexities of the cells. The vibrancy of the colours conveys strong energy, and even beauty, as she conceptually engages with powerfully debilitating diseases. These include HIV, various cancerous cells, leukemia, sickle cells, liver fluke and osteoporosis growing and multiplying in their microscopic world. This subject is inspired by the memory of her father who passed away from lung cancer, thus a manifestation of the body that can live on as sacred and still beautiful. 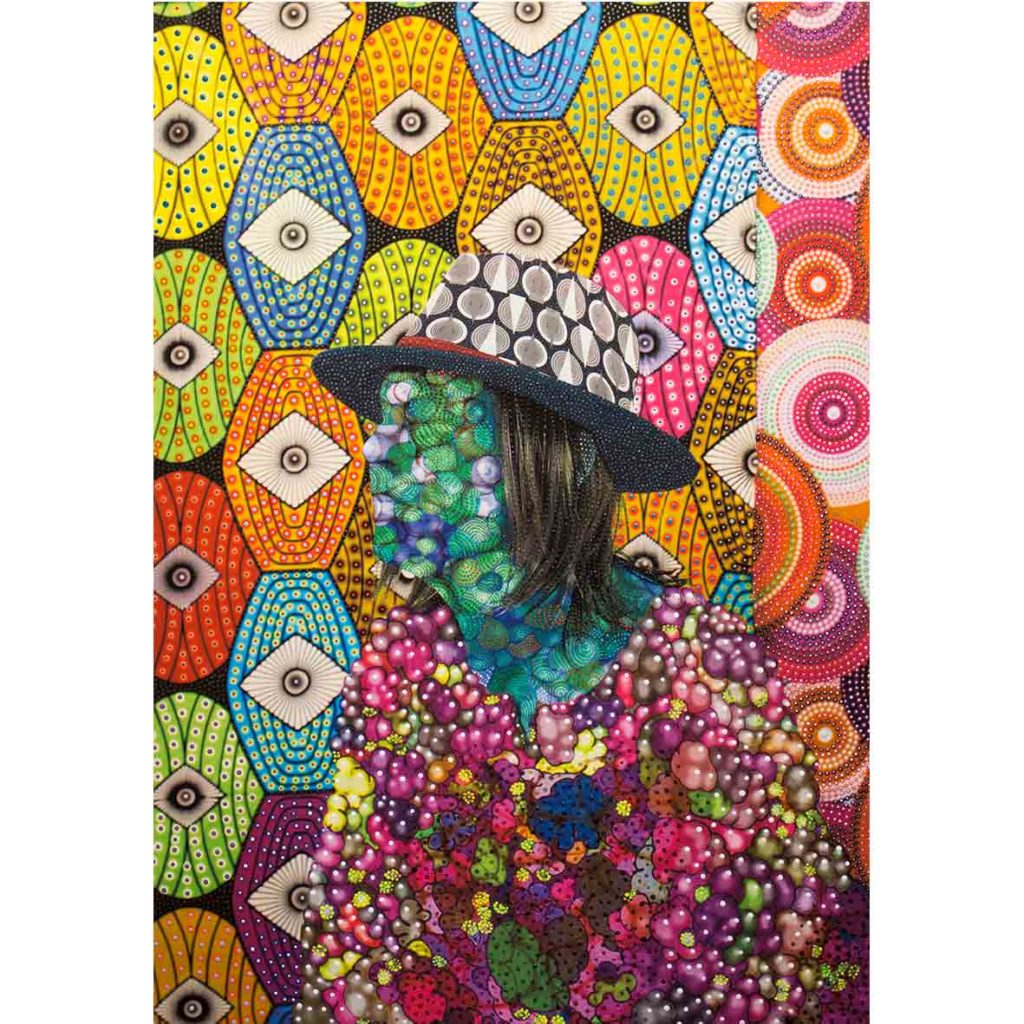 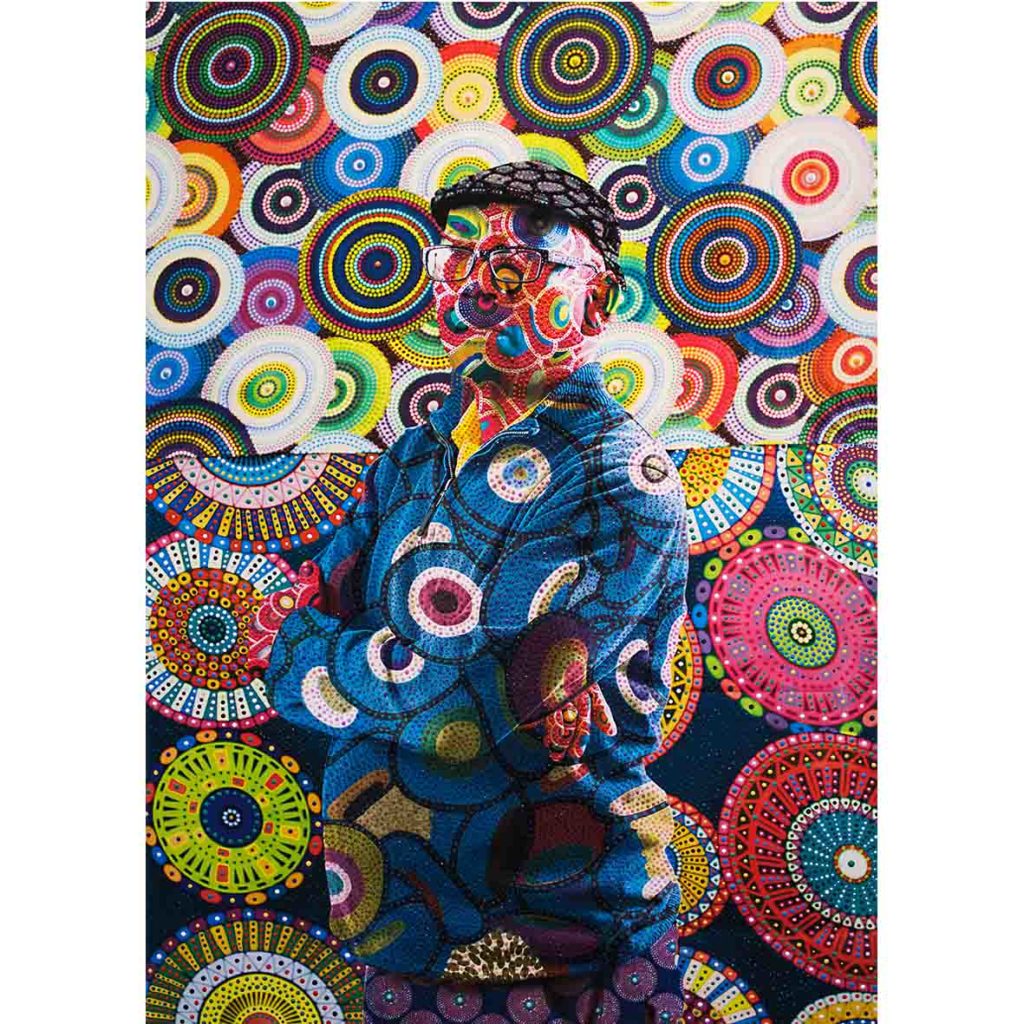 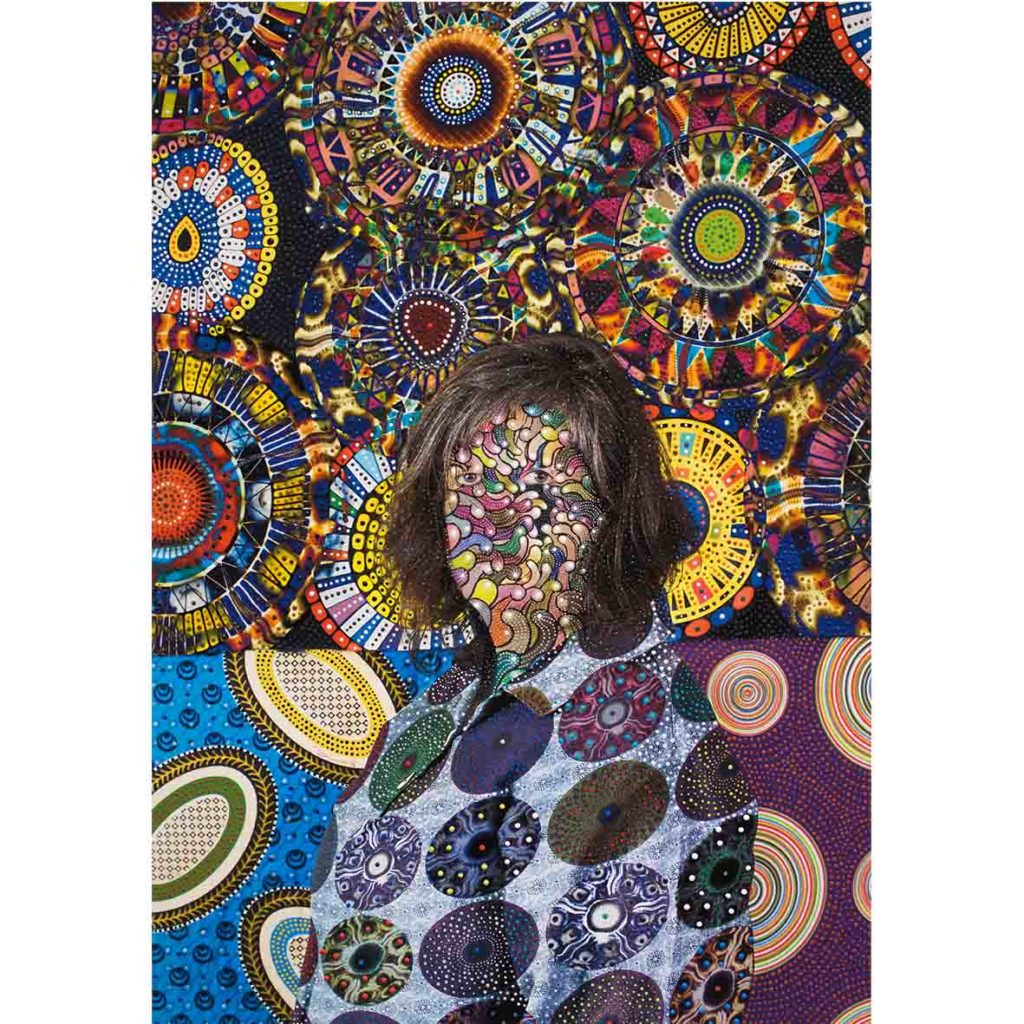 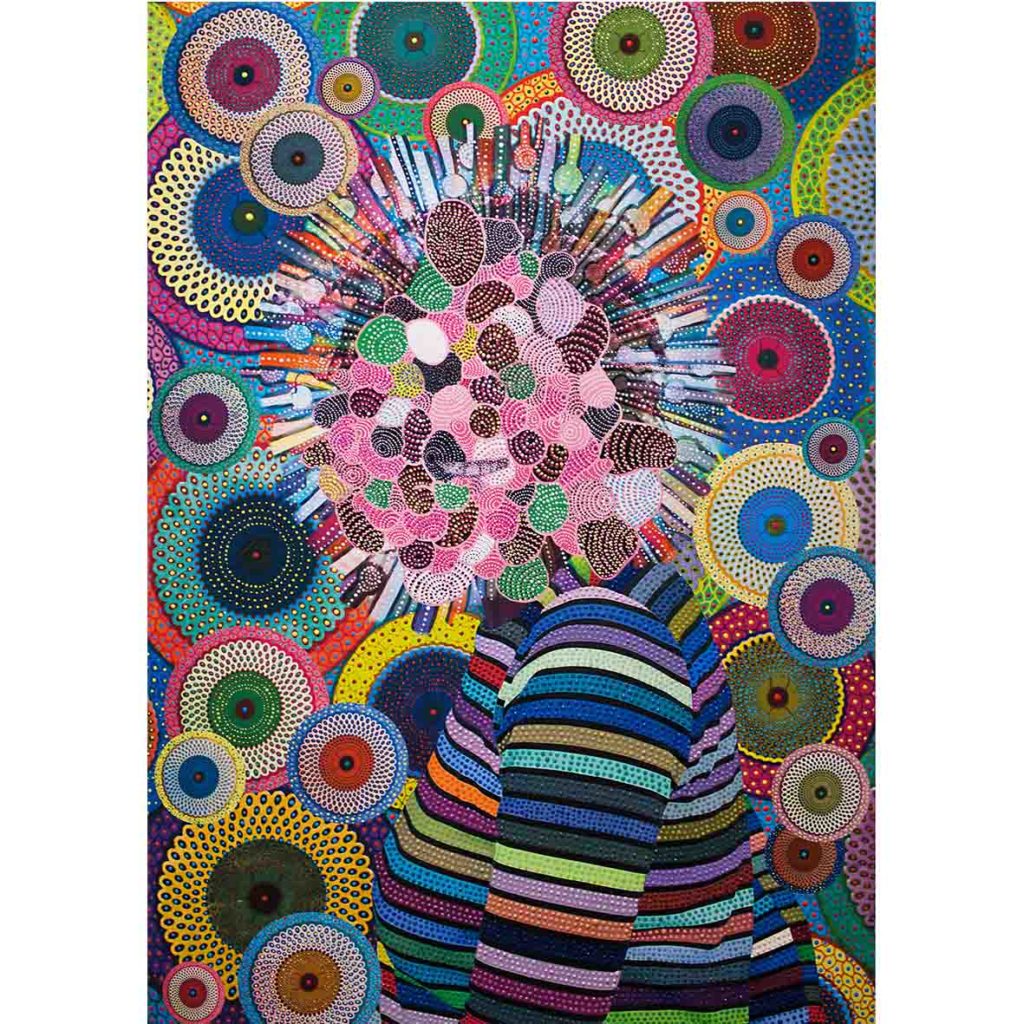 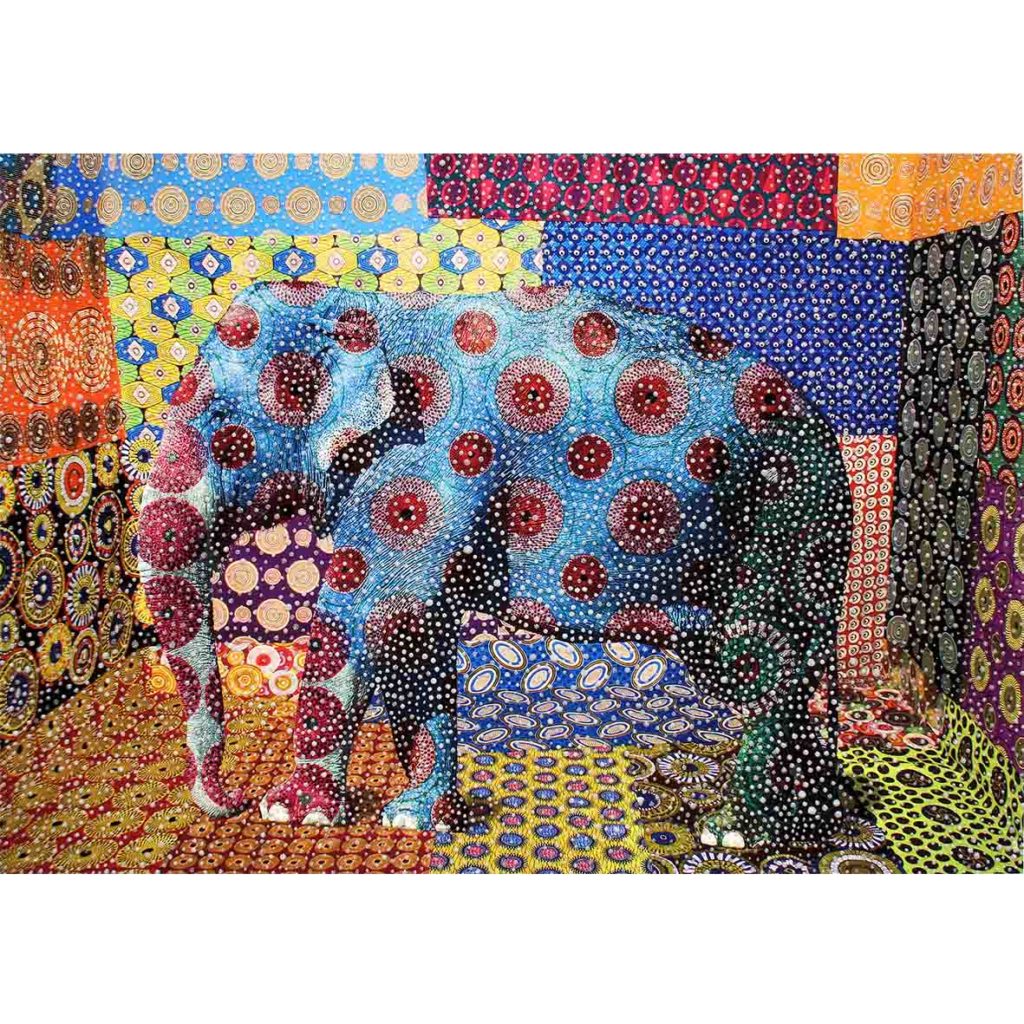 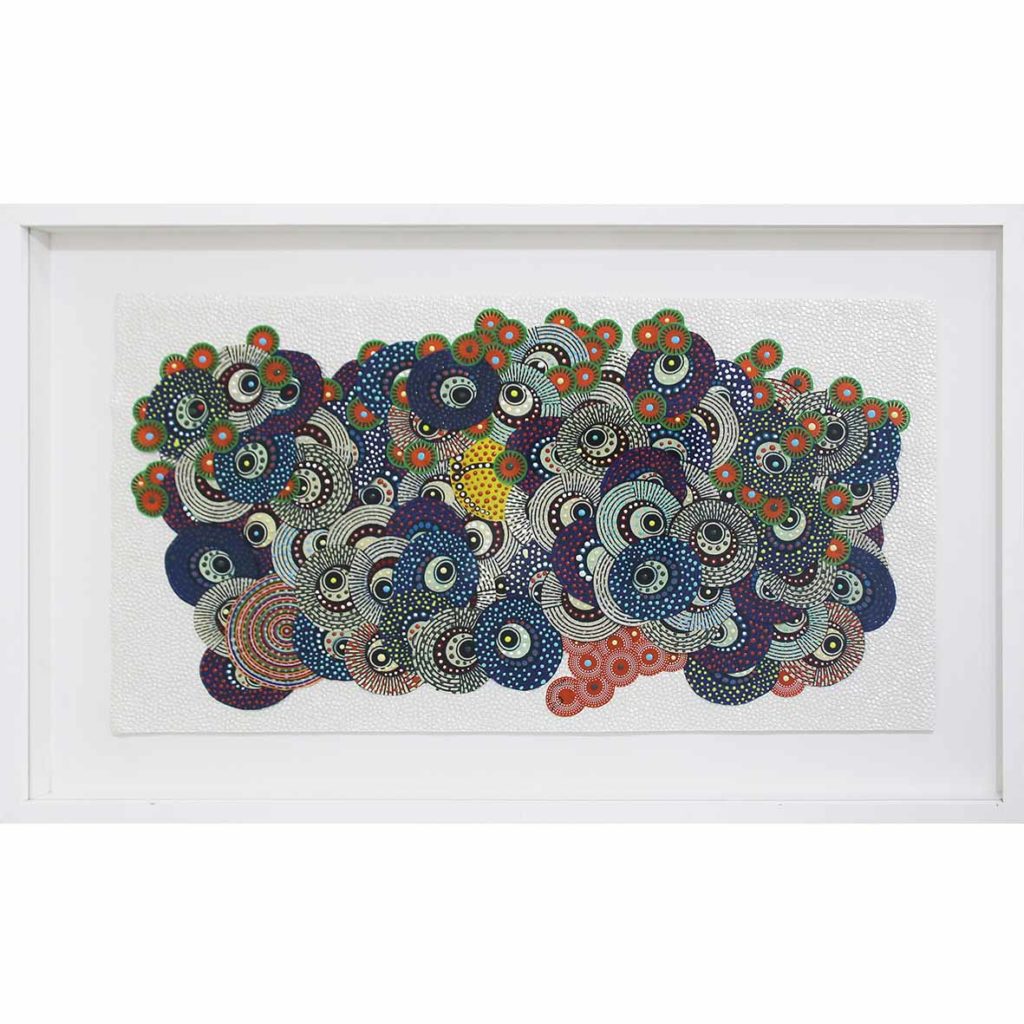 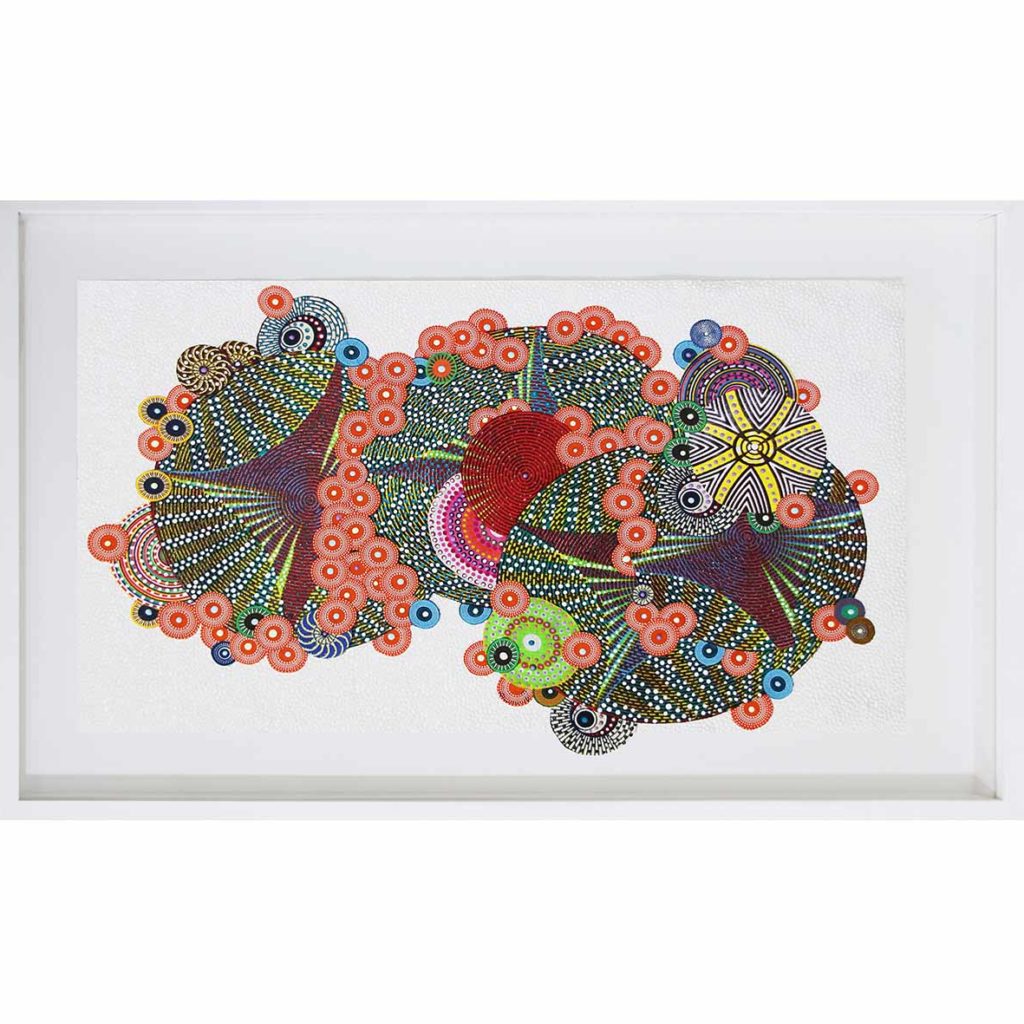 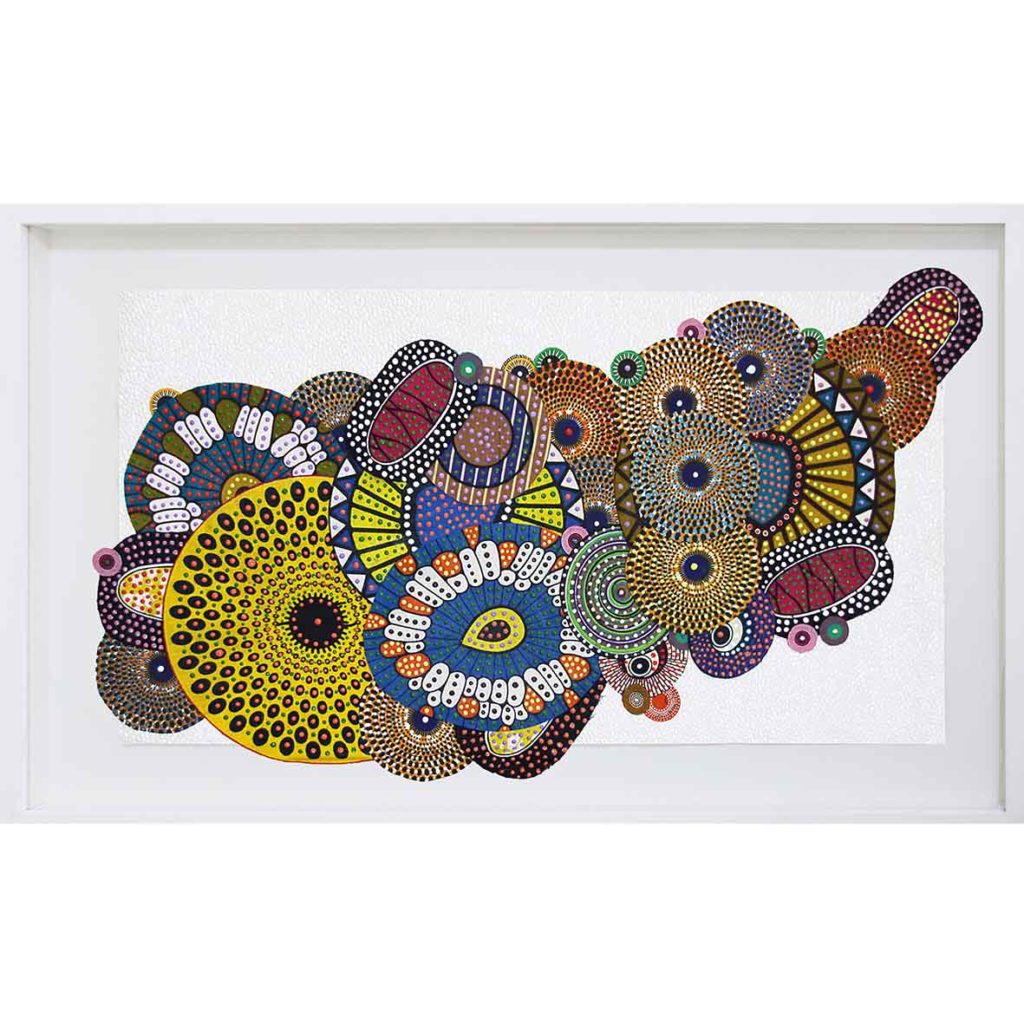 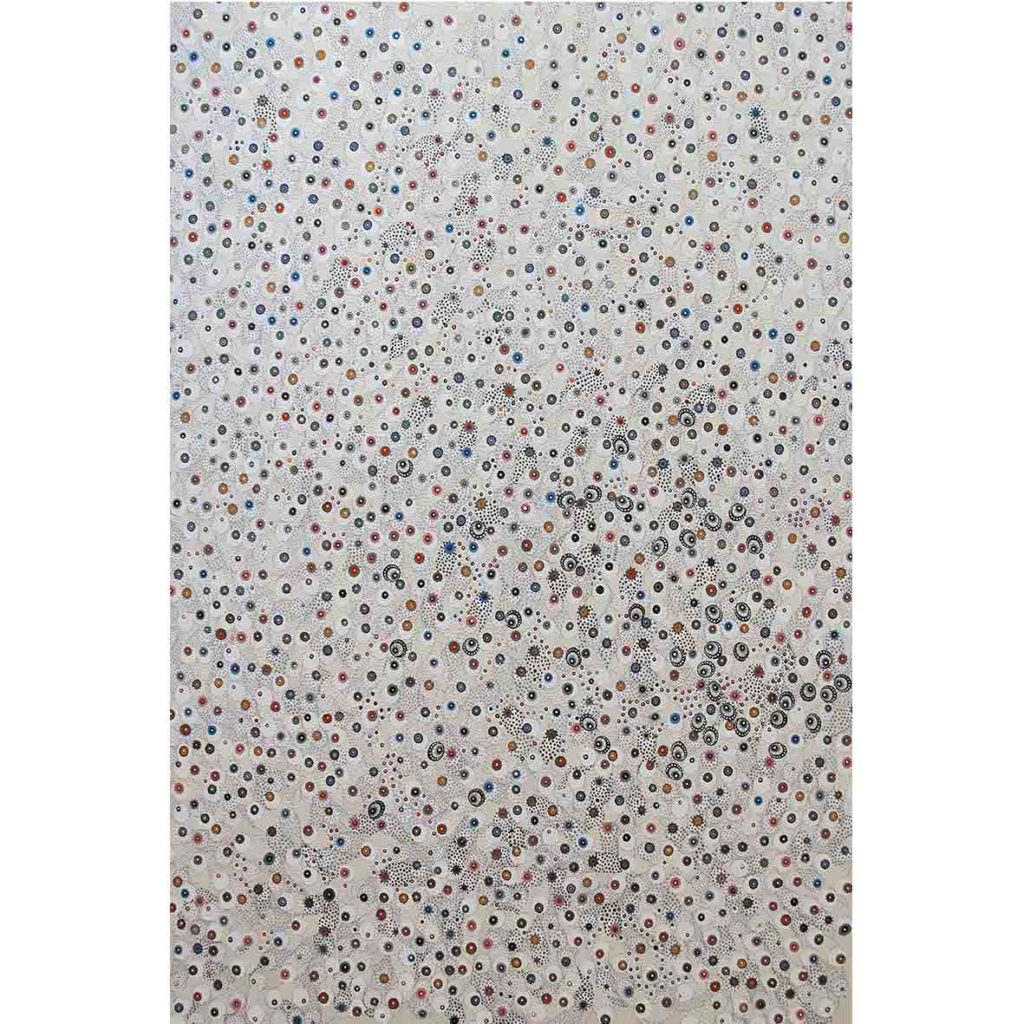 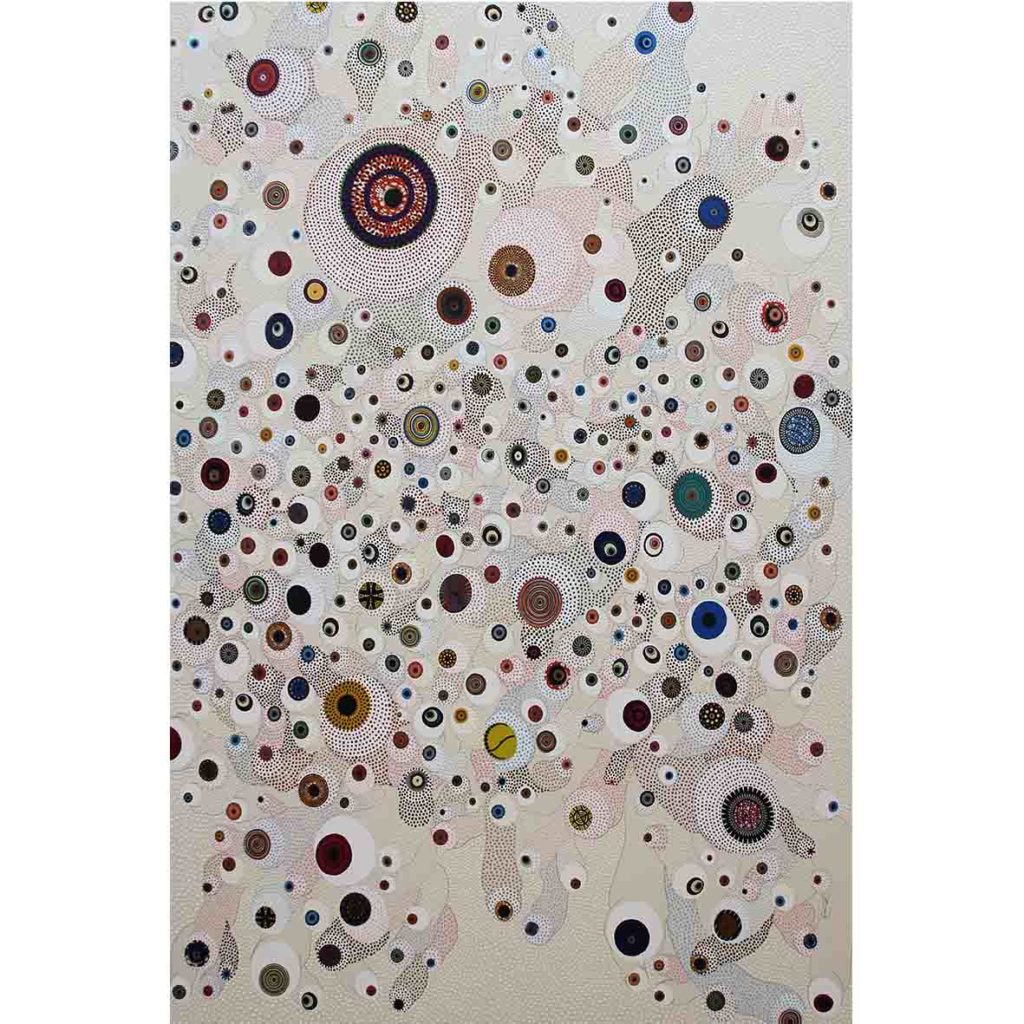 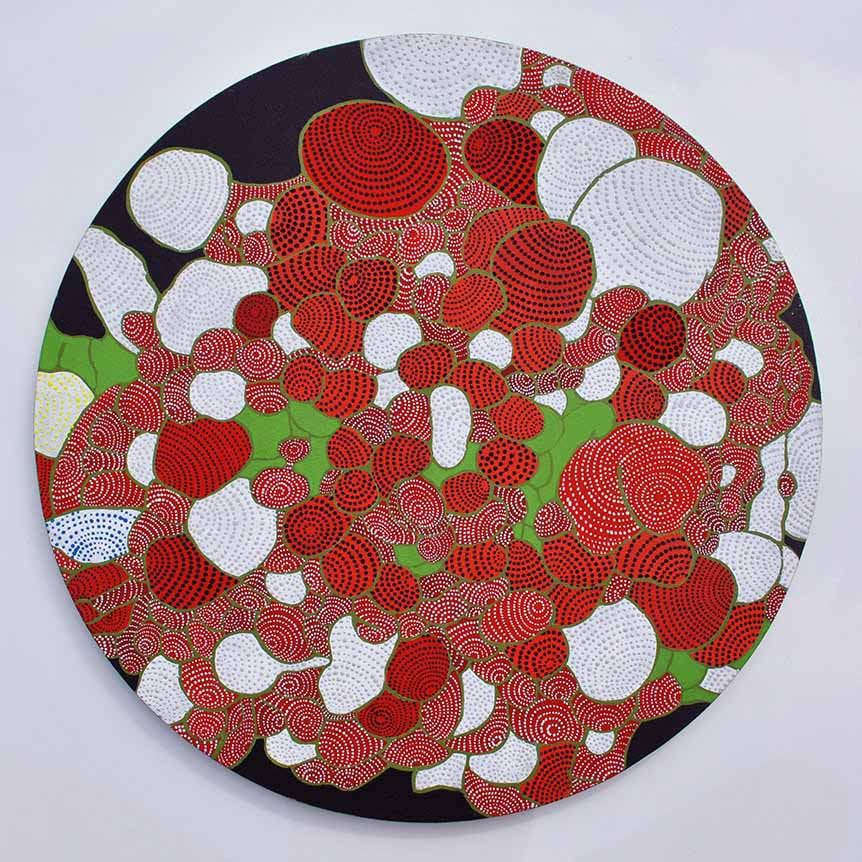 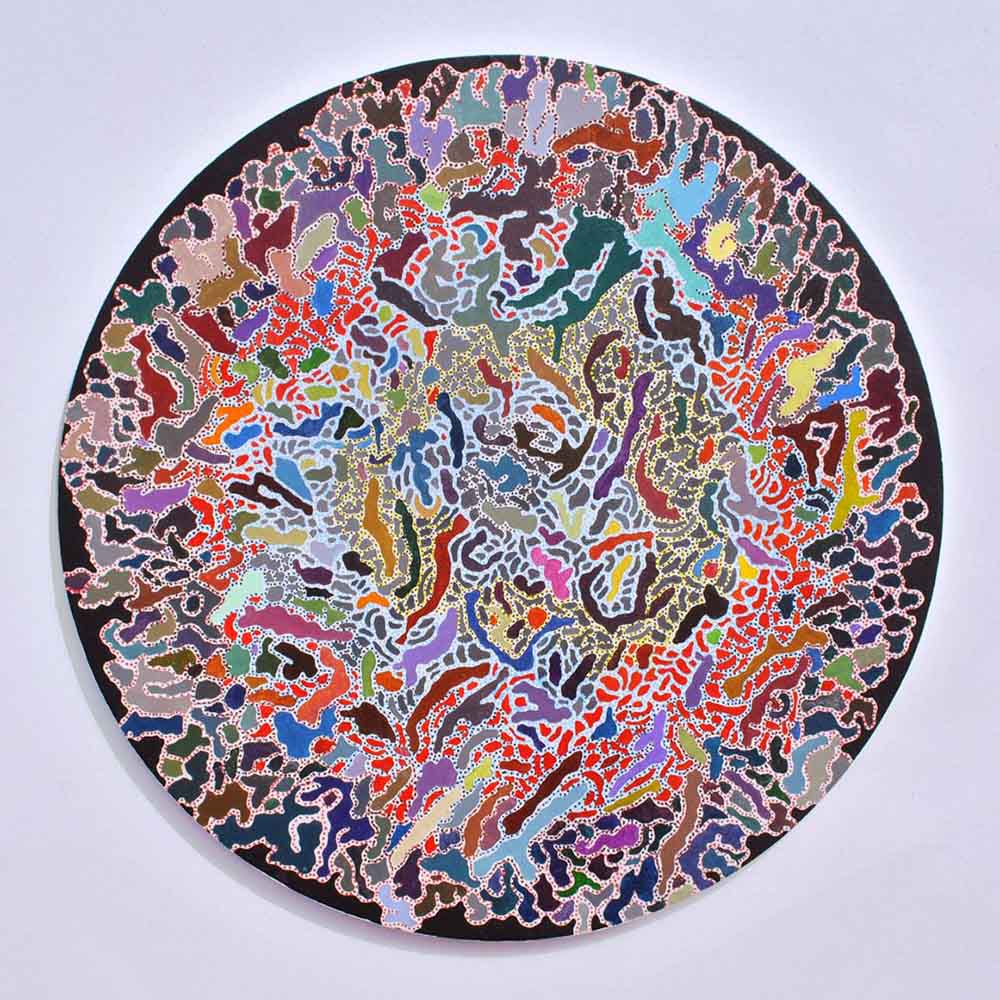 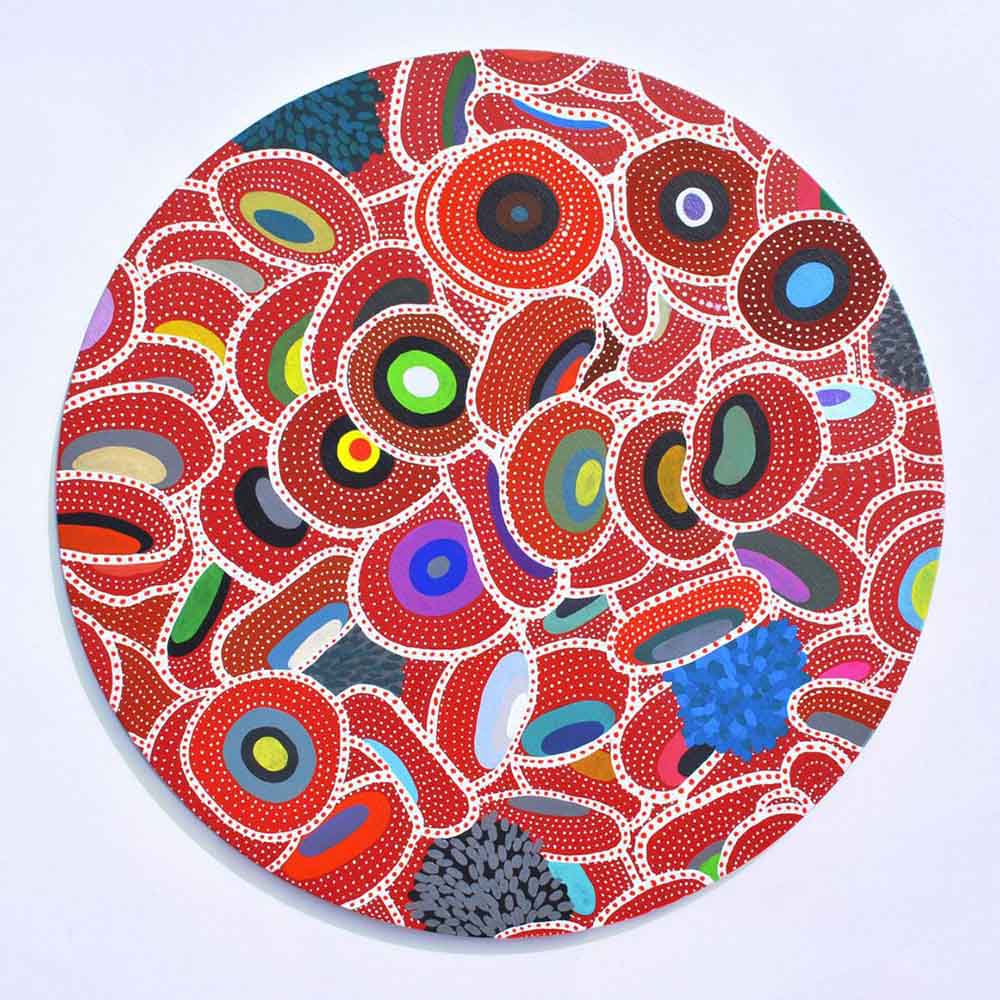 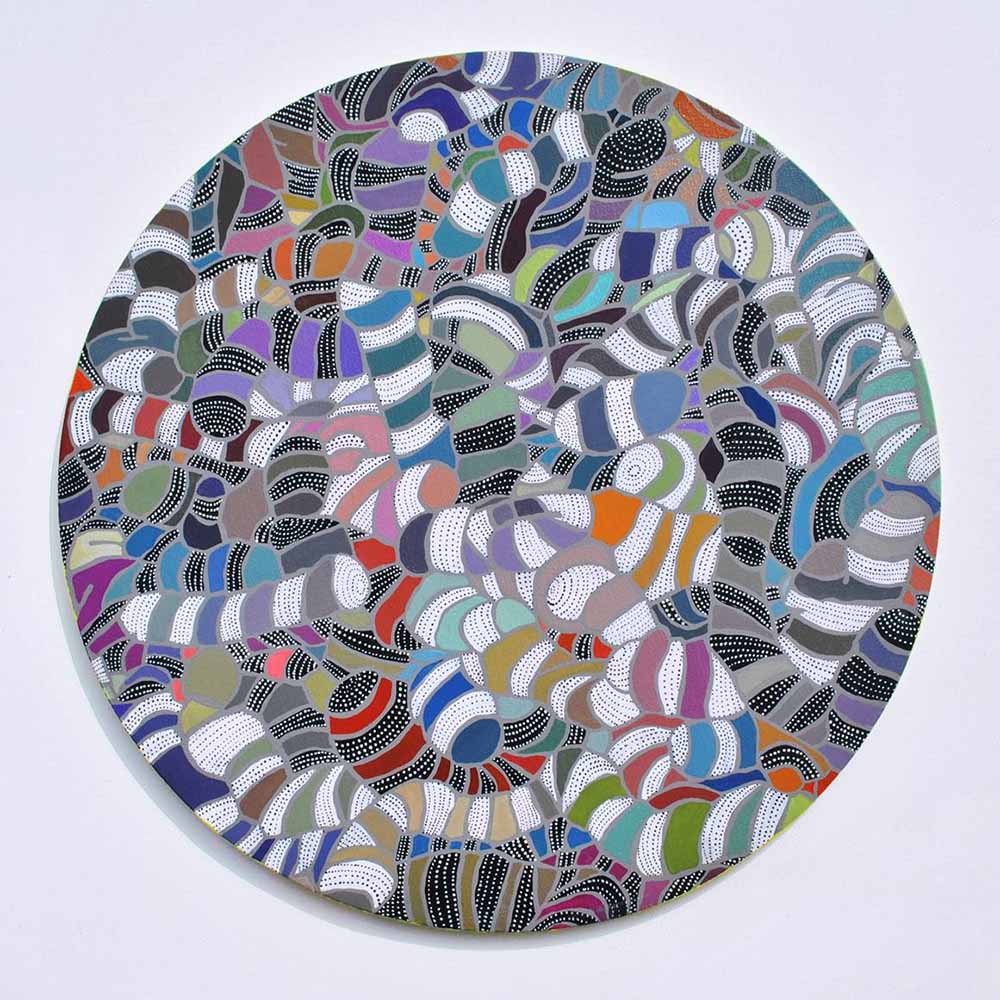 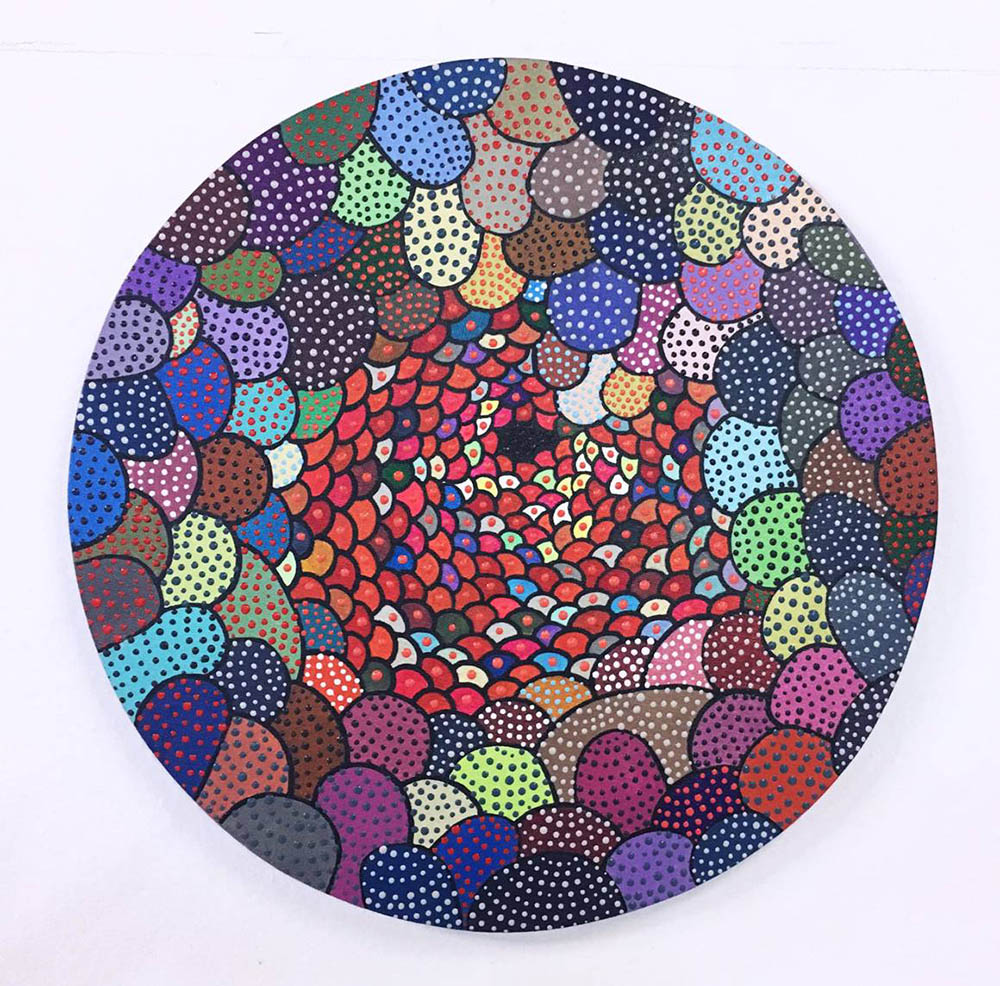 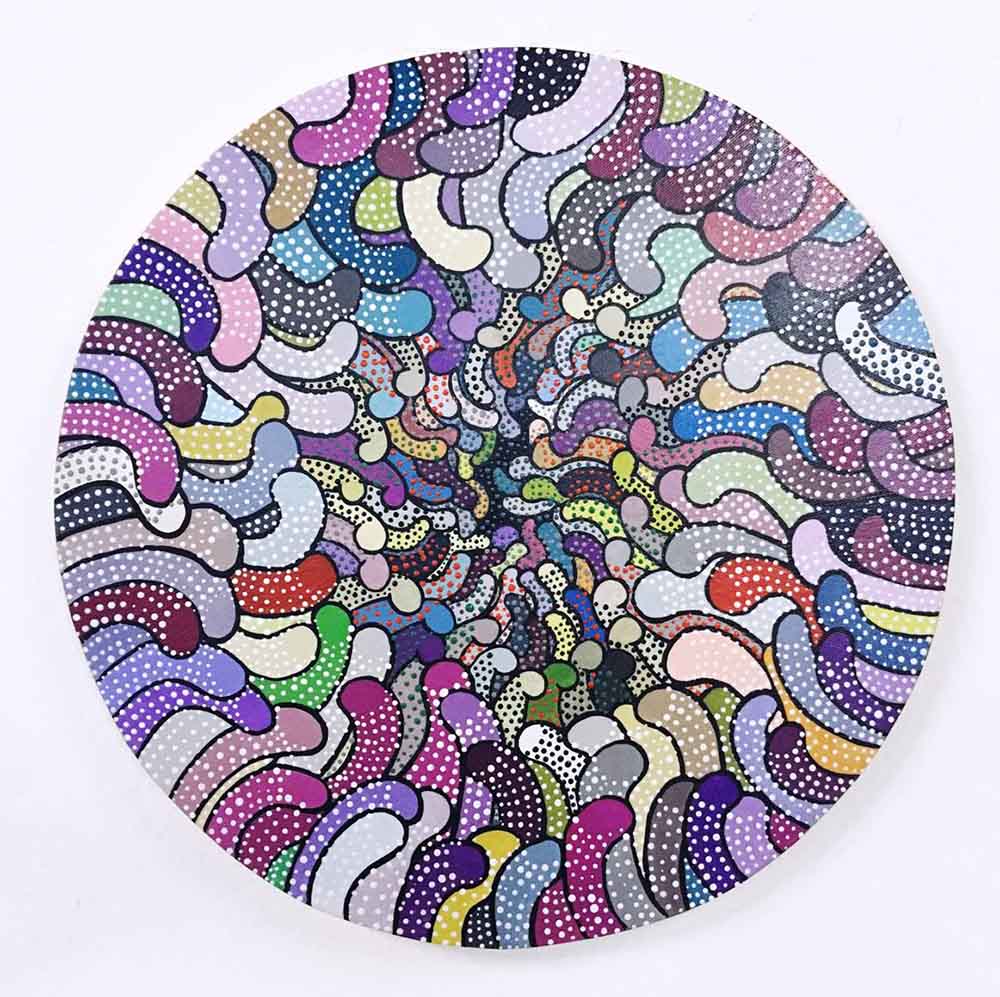 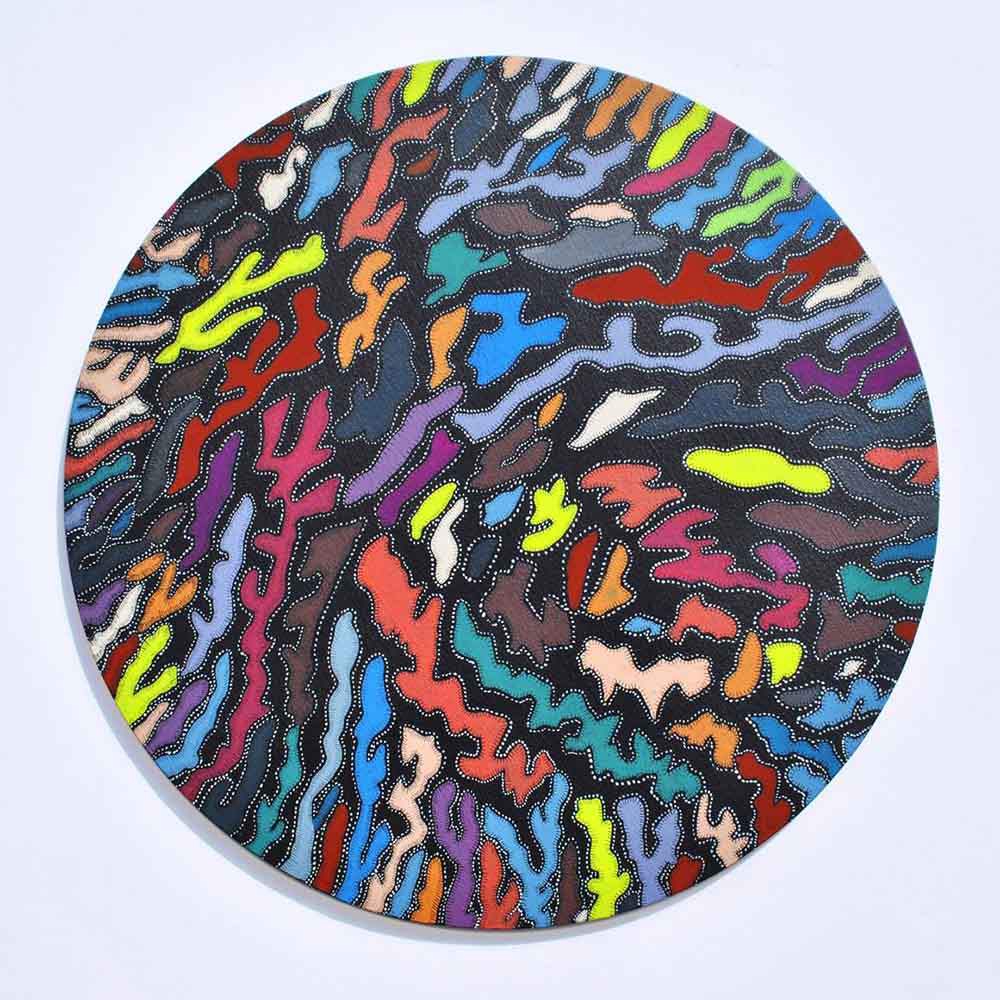 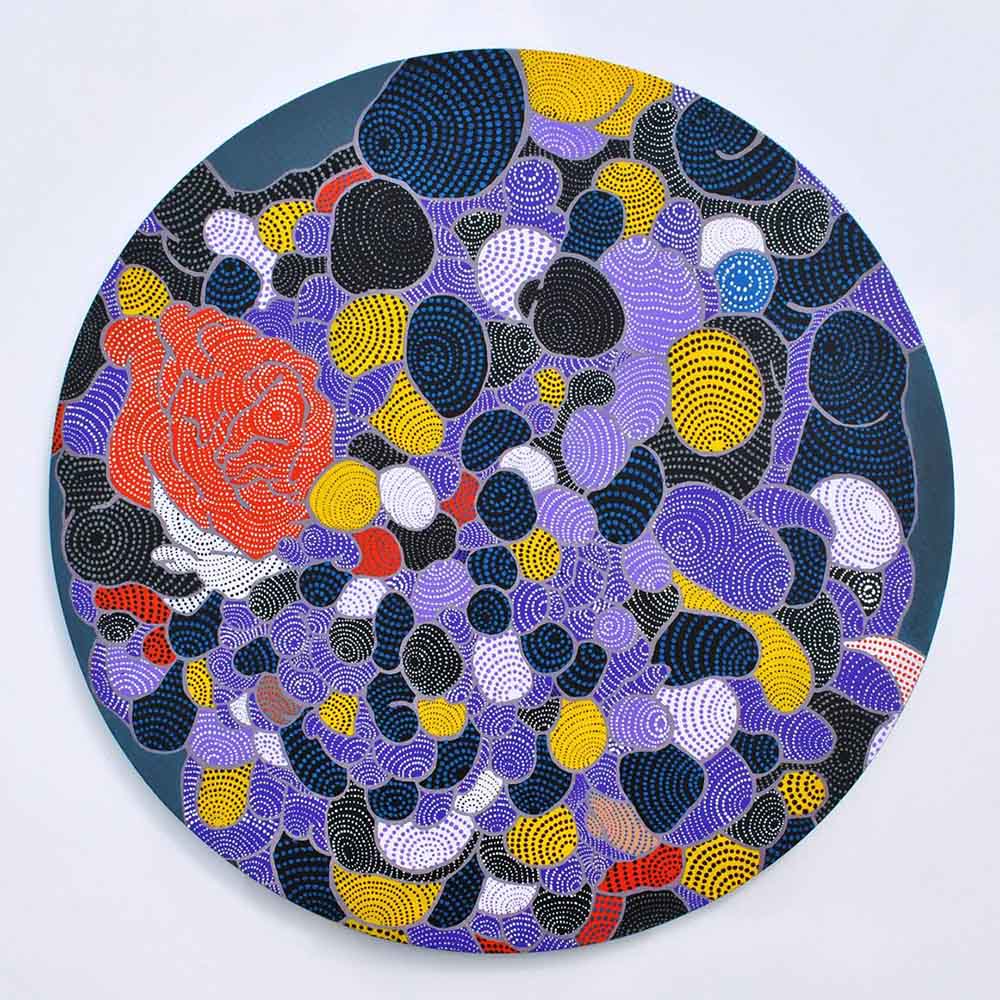