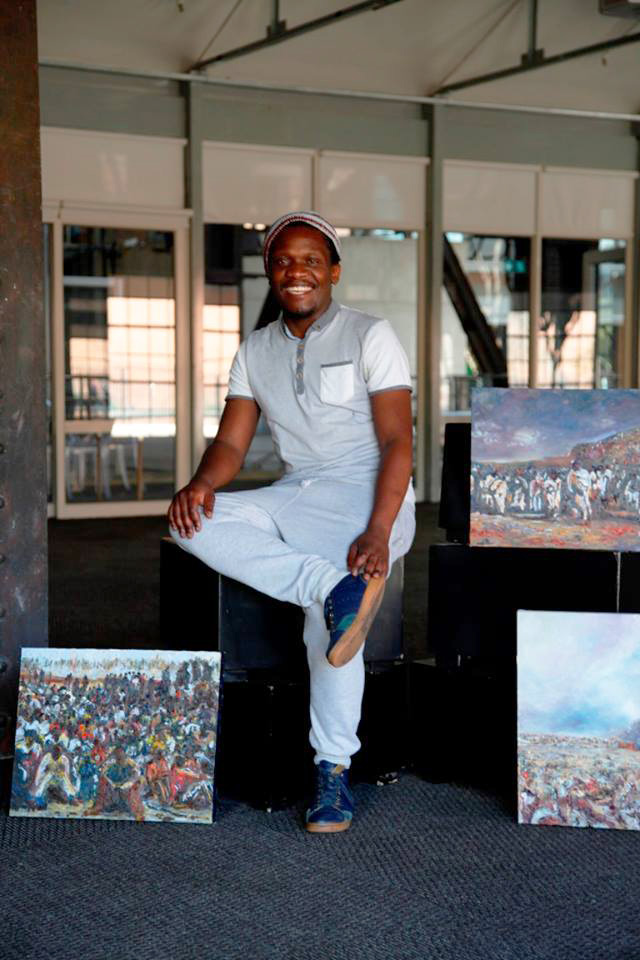 Asanda Kupa is a rising talent amongst South African painters. He was born in Molteno, in the Eastern Cape and has always been drawn to the illustrative arts. He began his higher studies in 2005, furthering his studies in 2008 and also has worked closely with fellow painter and acclaimed artist, Aleta Michelatos. Kupa has won numerous awards, throughout his study period and after, winning the Reinhold Cassirer Award in 2013. His expressive mark making and abstraction of the human form creates a vivid and moving body of work that seems to explore change, progression and alteration through the language of narrative painting in a uniquely abstract manner. Kupa’s gestural works command a great presence in each space they can be found and his investment of time, energy and emotion as well as immense skill becomes apparent. 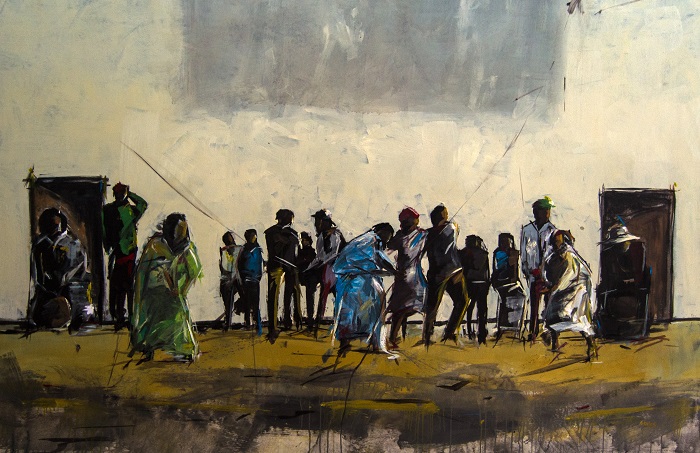 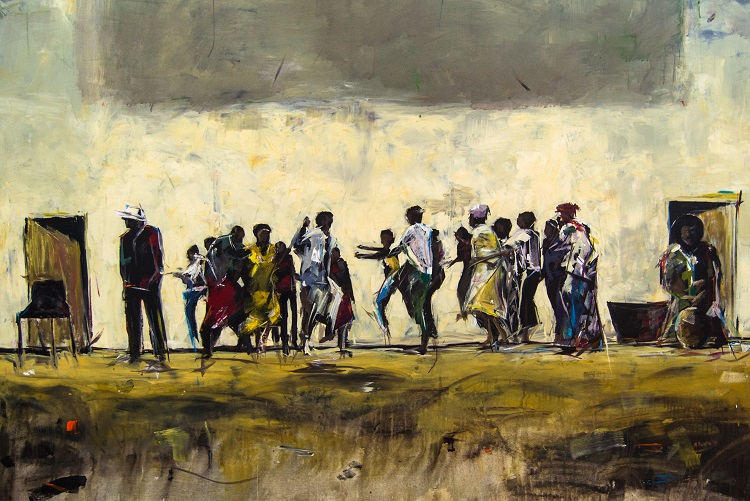 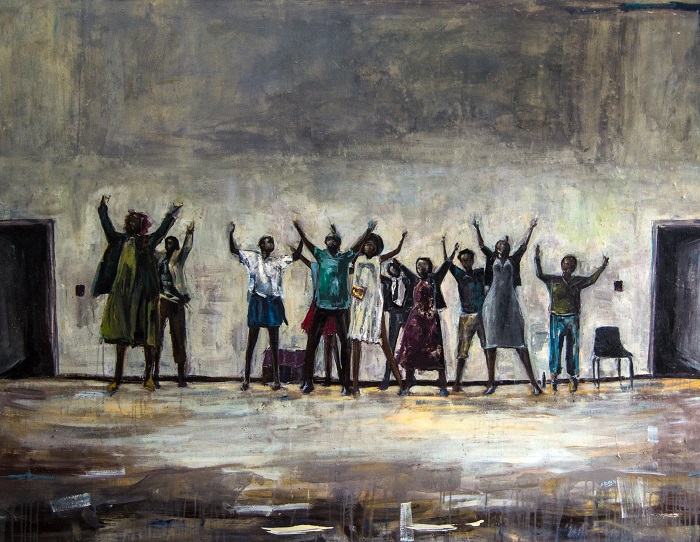 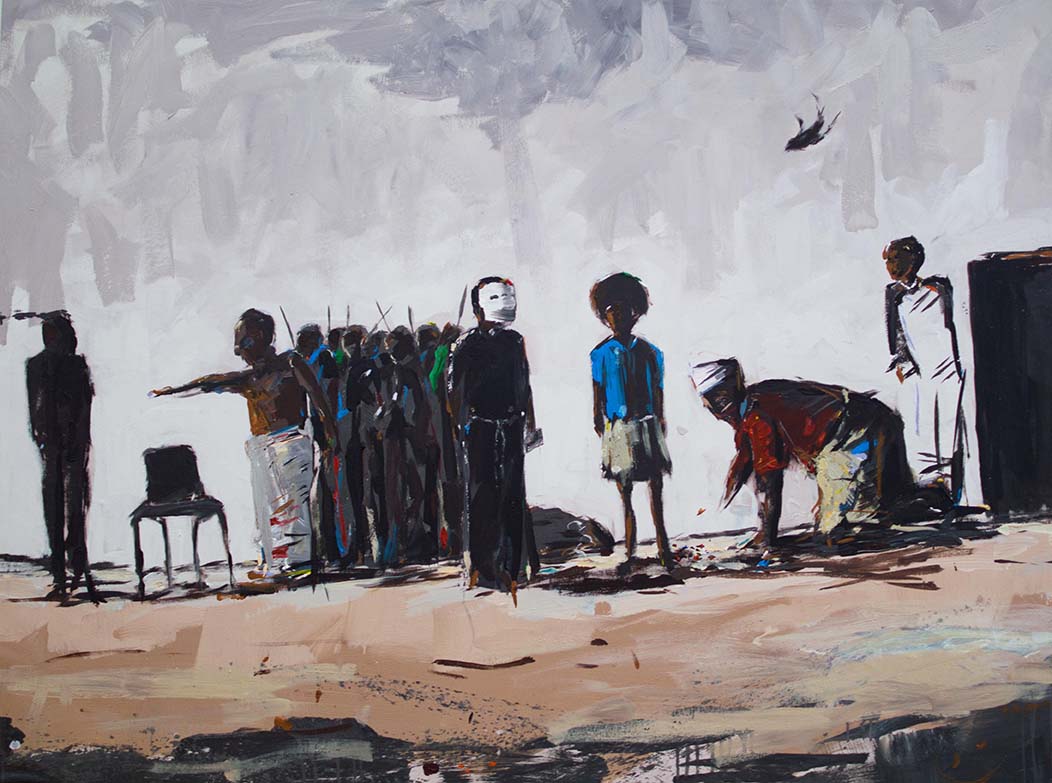 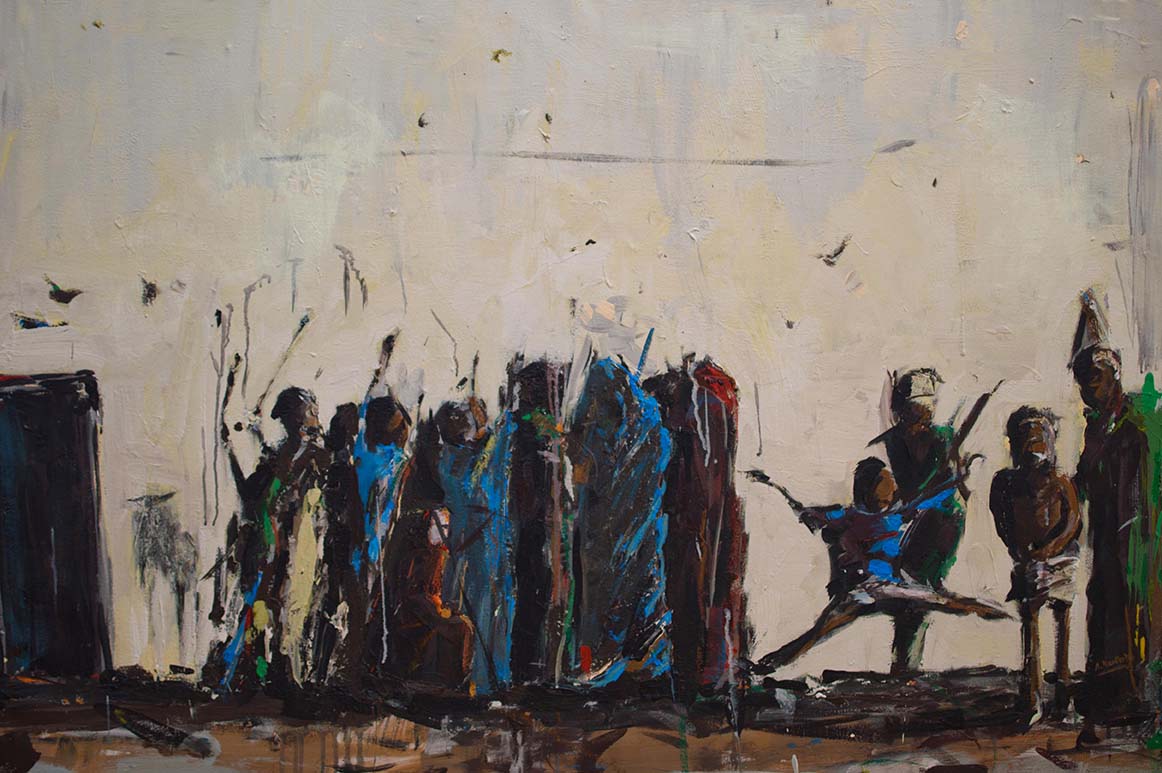 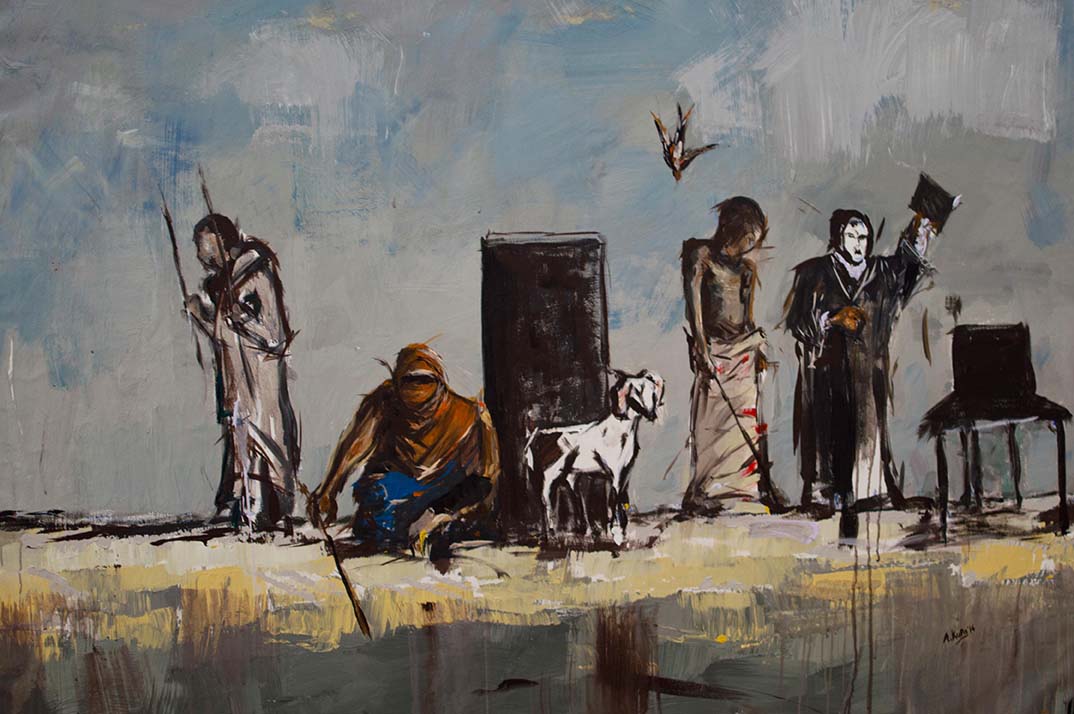 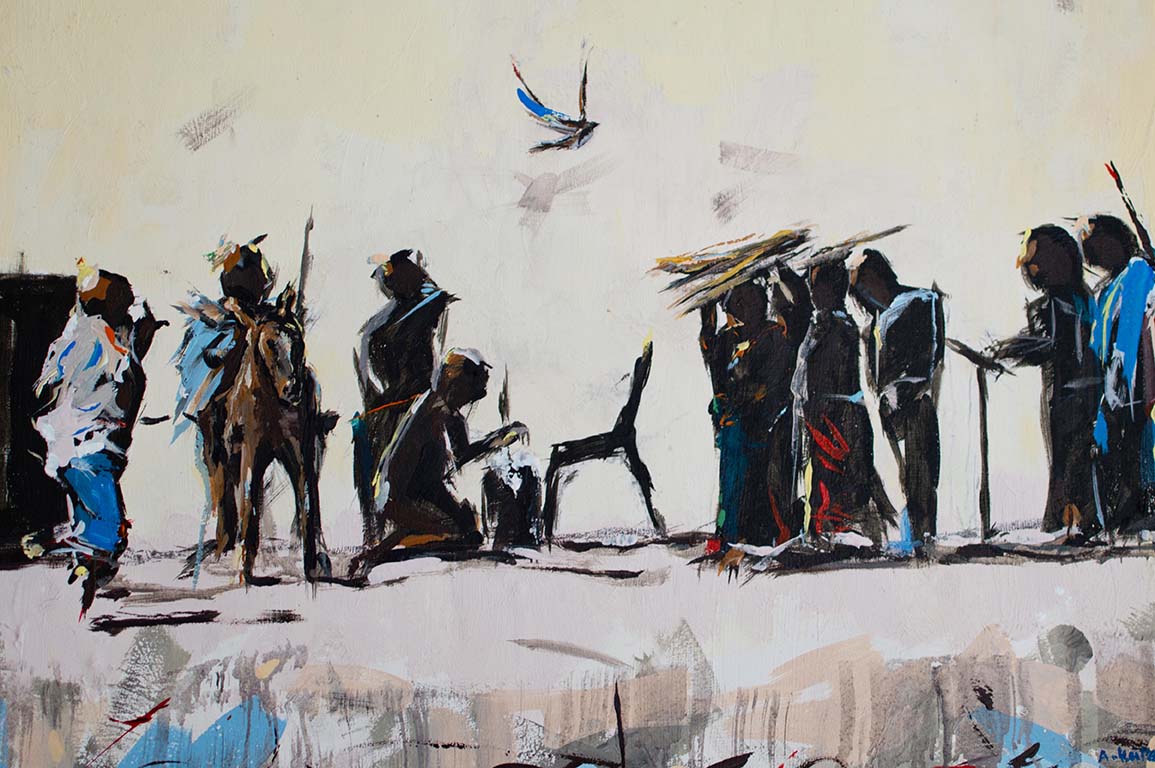 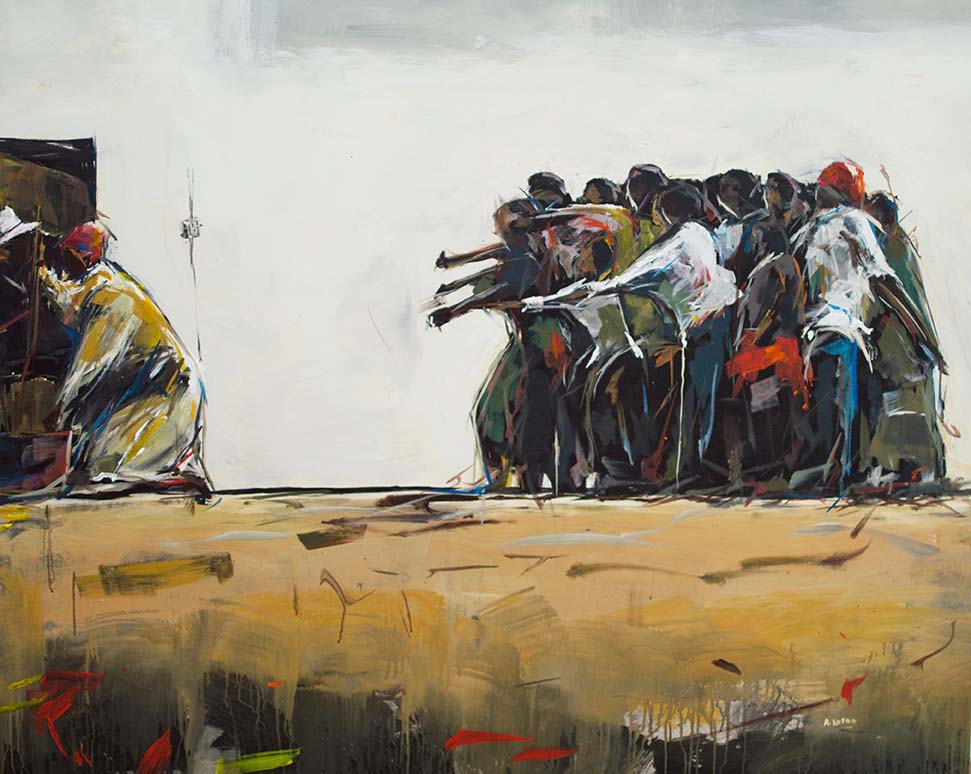 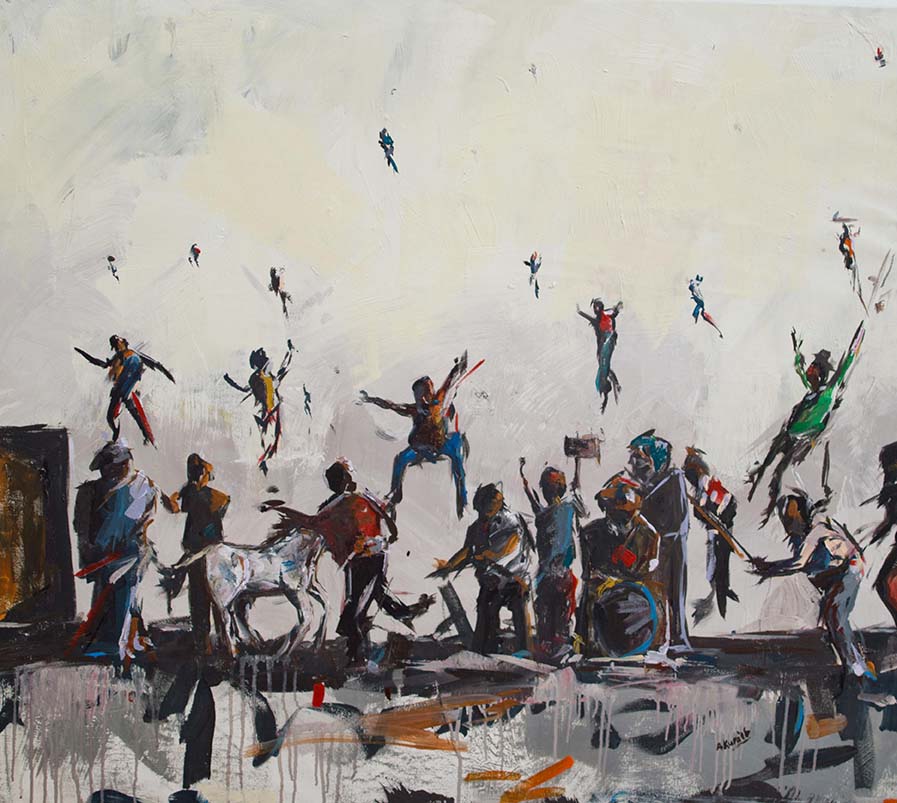 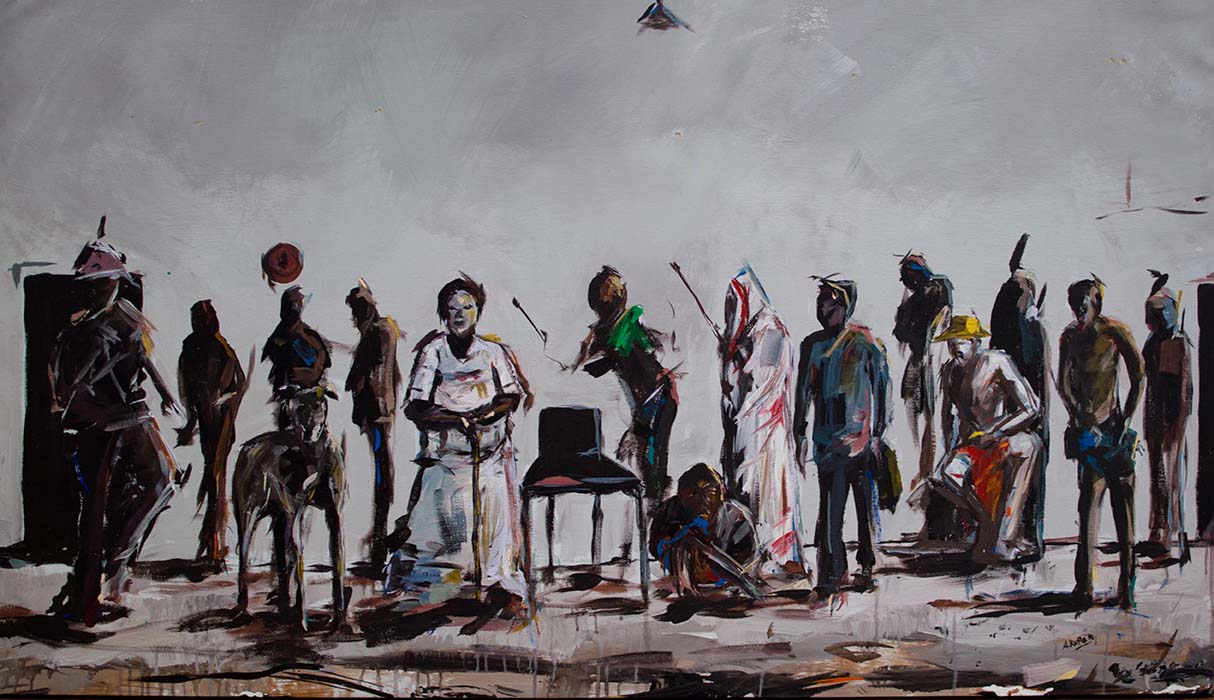 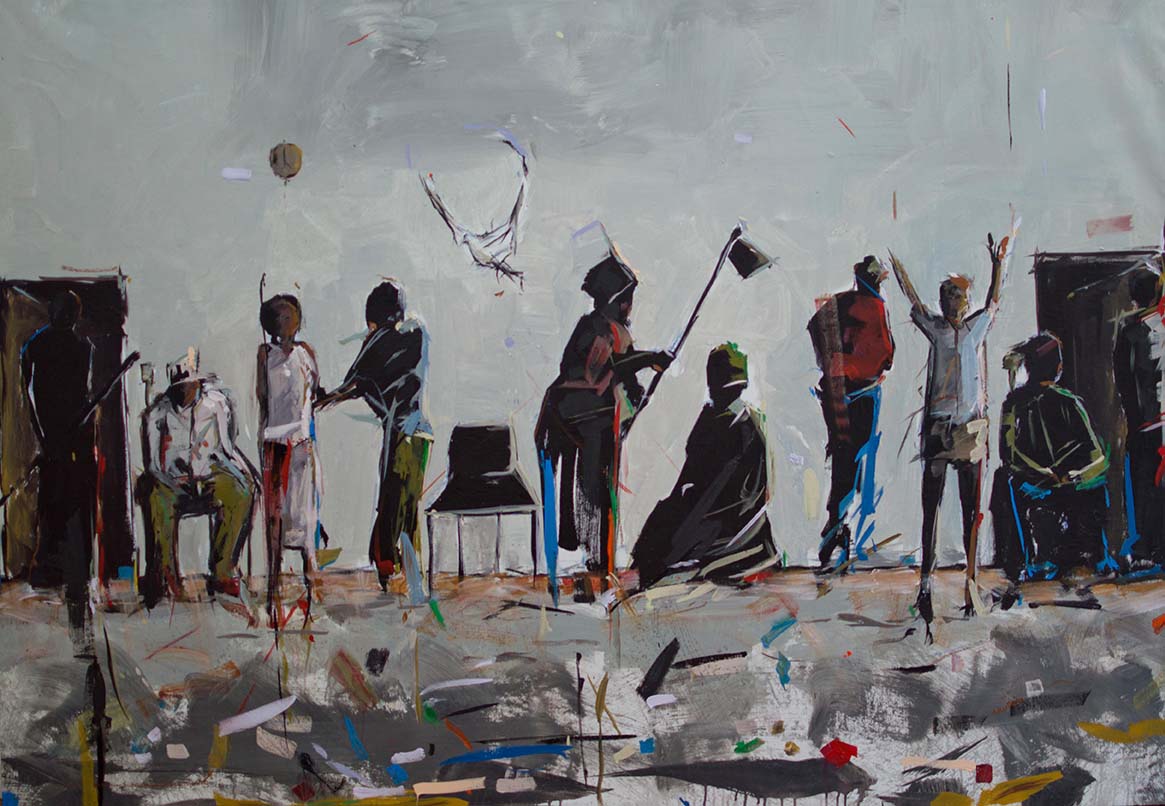 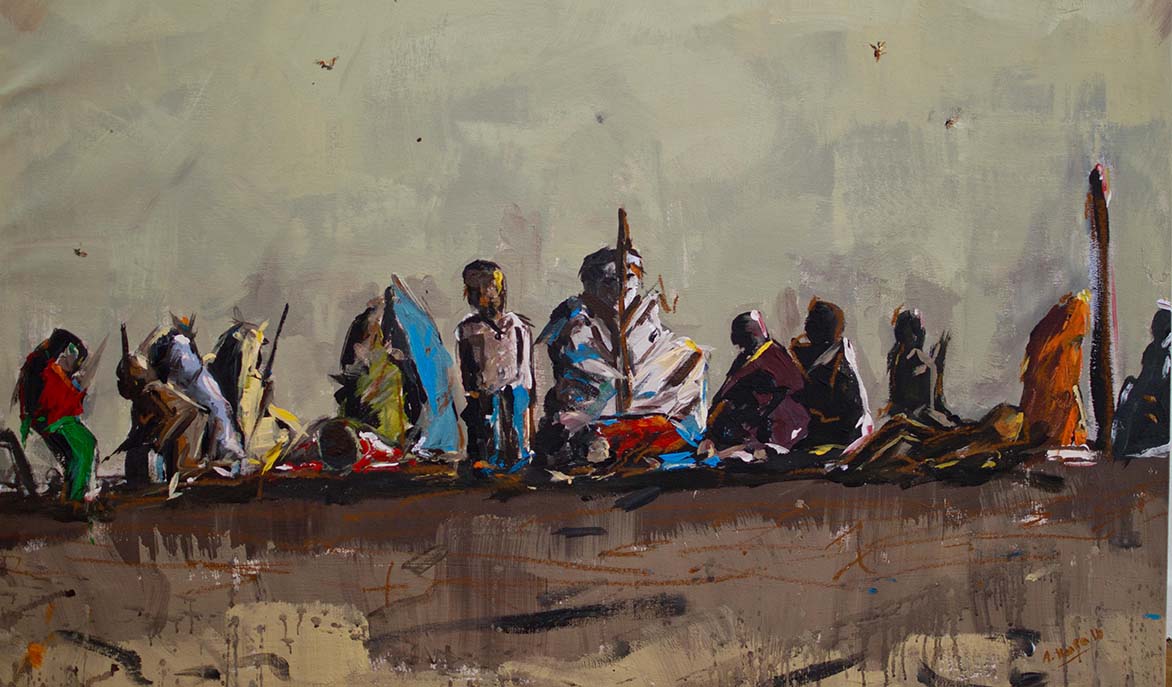 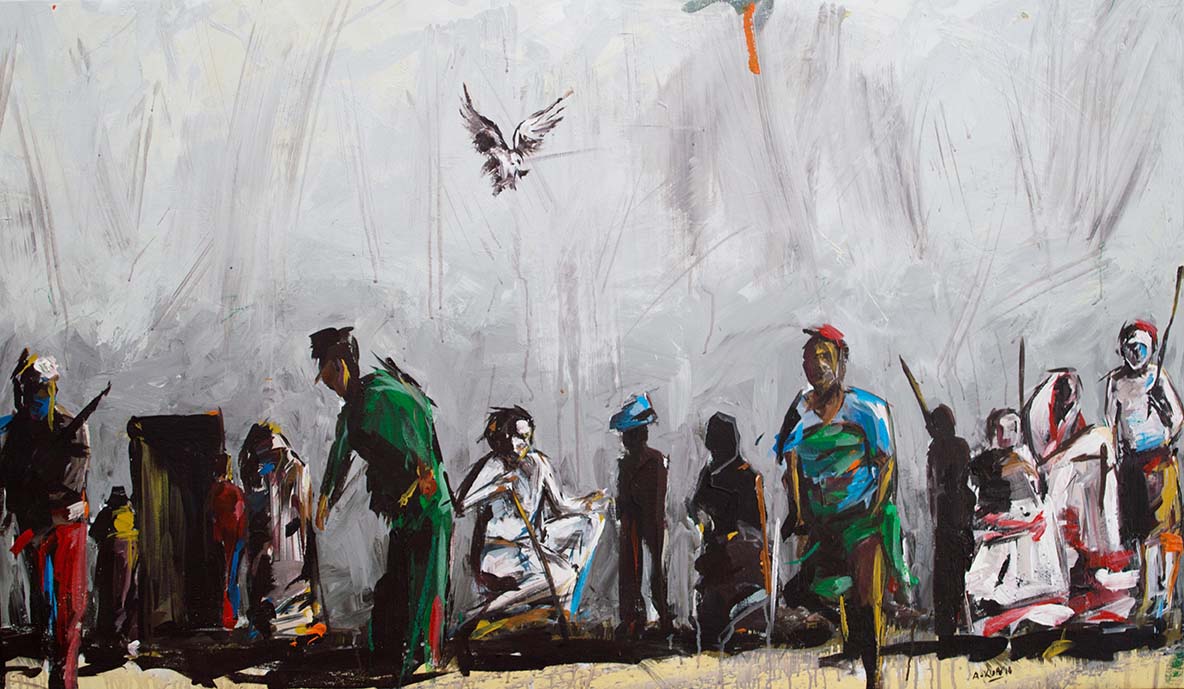 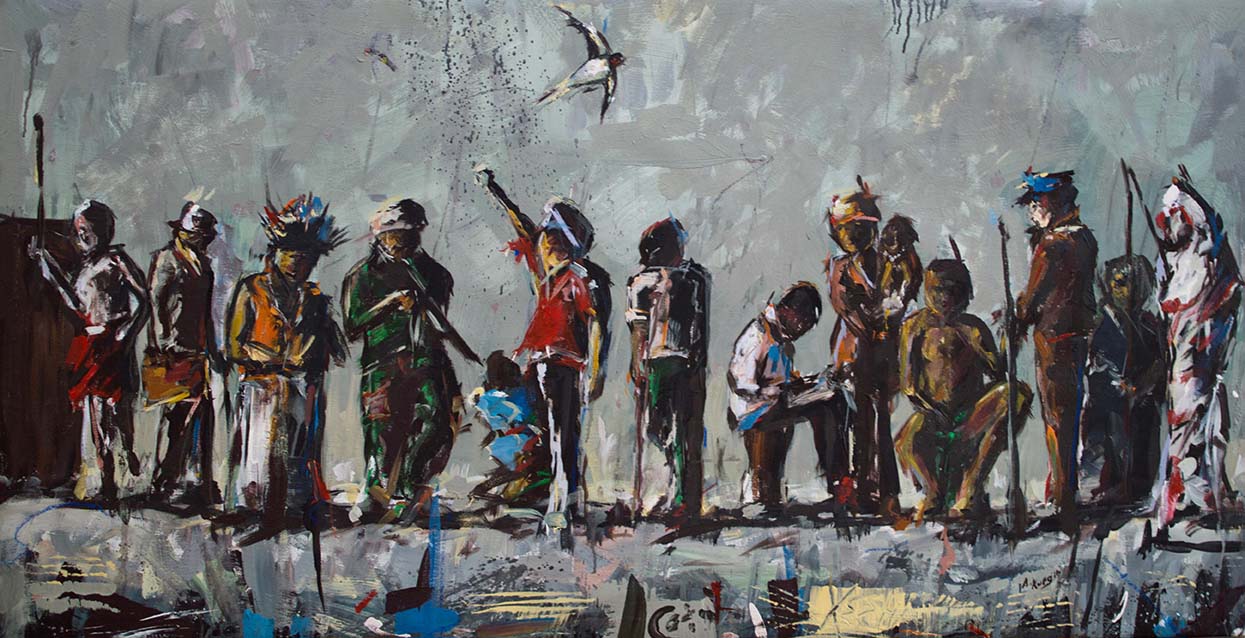